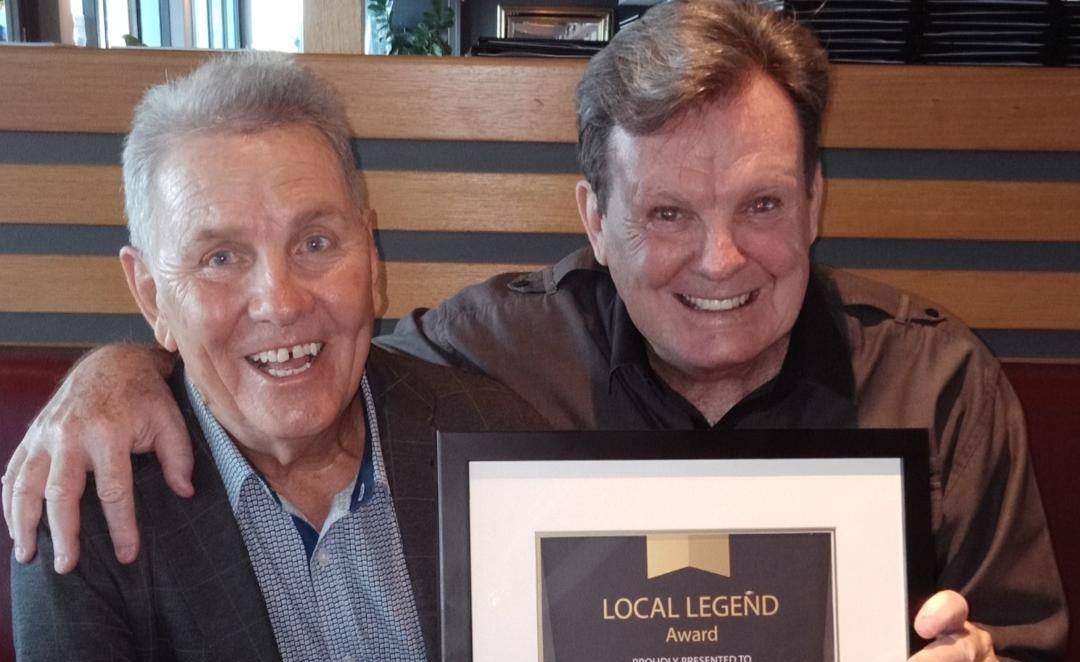 ABSOLUTELY THRILLED: On top of his OAM, Sacha (left) has recently received a Local Legend award from the City of Mandurah, much to Peter's pride.

Sacha's OAM for service to performing arts has his husband Peter over the moon.

Together they have forged successful theatrical careers and now a Mandurah couple have a new reason to celebrate.

Sacha Mahboub was recently awarded an Order of Australia Medal for service to the performing arts and husband Peter Keogh could not be prouder.

For he knows that while as an adult Sacha has rubbed shoulders with Hollywood greats and been immersed in show business, as a child he endured horrific abuse at a Catholic orphanage.

Peter said to this day his husband of three years, who he has been with for 30 years, was scarred by the treatment he received at the institution in Queensland.

"Apart from the vicious physical abuse he was tormented emotionally and called an imbecile and told that he had no brains," he said.

In 2015, Sacha told his story of the repeated psychological, physical and sexual abuse to the Royal Commission into Institutional Responses to Child Sexual Abuse.

"Reliving the abuse was one of the hardest experiences of his life but he did so in the hope that it may help others who have also suffered as he did and show them that there is indeed a light at the end of an awfully long tunnel," Peter said.

After leaving the orphanage to work as a stockman, Sacha wound up in Brisbane where he found work selling 16mm movies.

A dance school recognised his talent which led him to successfully auditioning for a role in the musical Funny Girl with Jill Perryman. He went on to other shows and toured Europe.

While Peter had loving parents, his own childhood in Mount Barker, WA, was marred by a stammer.

"It was so bad that when I was asked a question and stood up in class, I stumbled over the words so badly and was so embarrassed that I would wet my pants," he said.

"I was so lonely at school - I always ate lunch under a tree on my own and never had a single friend." 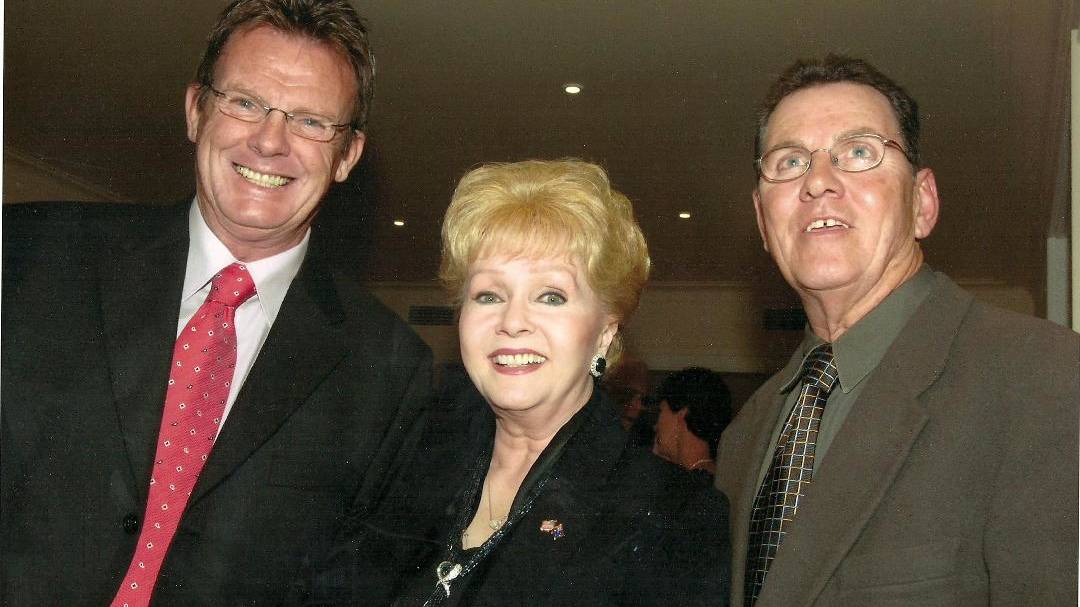 TOUCHED BY FAME: Peter and Sacha with star of screen and Las Vegas show Debbie Reynolds.

Life improved after a move to Sydney, where he formed a seven-year relationship with musical theatre producer John Frost. He went on to live in London and marry Su Pollard, of Hi-de-Hi fame, but the pair drifted apart after eight years.

Back in Australia it was through John that Peter eventually met Sacha, who was working as his wardrobe manager.

"We clicked and became quite friendly and after almost 12 months started a relationship - 33 years ago."

Happy years followed. The couple moved to Perth where Sacha was embraced by Peter's family.

"My mother adored my Sacha and always introduced him to everyone as her 'son-in-law'.

"My sister and her family sort of adopted him and he finally felt that he had a family."

Peter worked as box office manager at His Majesty's Theatre for 19 years while Sacha worked in wardrobe for musicals and touring shows.

These days Sacha, 80, works for the WA Opera Company and books and hosts the monthly Morning Melodies concerts at the Mandurah Performing Arts Centre, where Peter works two days a week in the box office.

"Sacha's aim has been to especially encourage older members of the community to attend the shows," Peter said.

"He chooses his programs with great care because a lot of his audience are quite needy, such as people with Alzheimer's.

"He makes a special effort to meet them in the foyer both before and after each concert and he tries to involve them in all aspects of our arts centre. He loves them and they seem to adore him - as do I."

Peter said when the email came telling Sacha he was nominated for an OAM, Sacha thought it was a joke and almost deleted it.

"We are blessed to have the kindest, most genuine, and loving friends who were all as excited as he was," Peter said.

"I love him very much and my pride is indescribable.

"His is a story of survival and my pride in his still being here today."