First the interview, now the reaction. 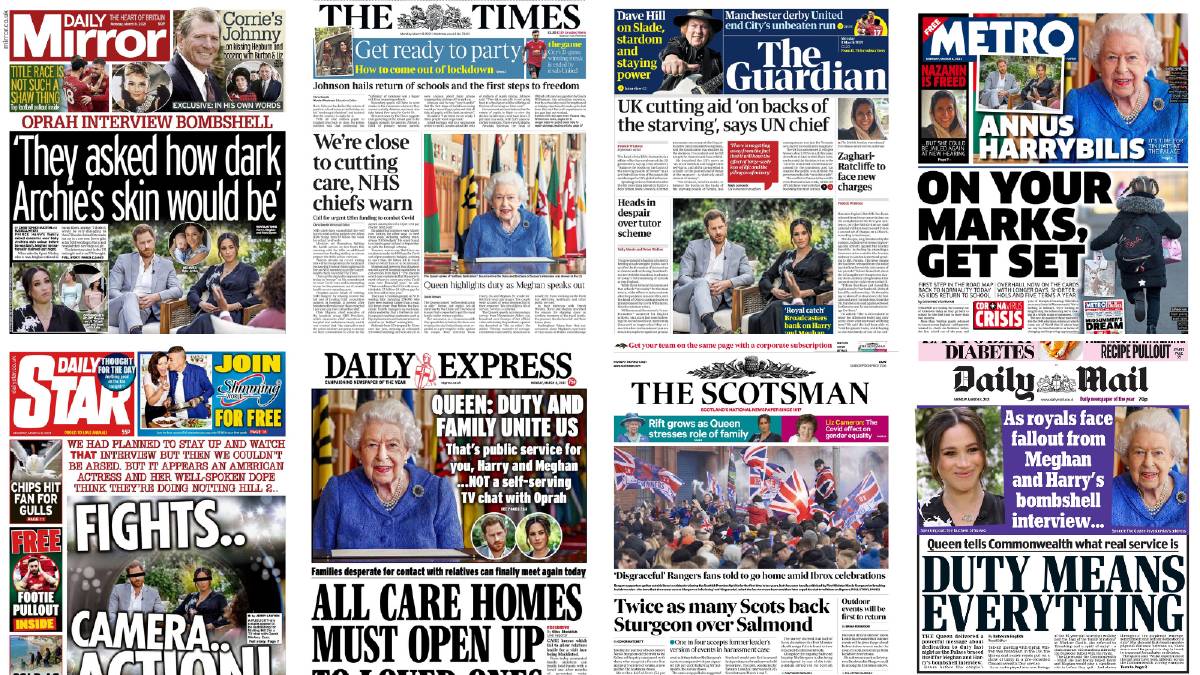 First the interview, now the reaction.

Prince Harry and his wife Meghan have given their first major TV interview since stepping back from the British royal family a year ago.

The two-hour primetime special contained many revelations about the couple's departure from the royal family, as well as a glimpse at their new lives in the United States.

Reaction in the UK has been hard and fast.

Dan Wootton, a former correspondent of The Sun, s quoted as saying: "Make no mistake, Meghan has just declared war on the Royal Family, telling Oprah: "They were willing to lie to protect other members of the family."

No surprise two of the nation's morning TV hosts were particularly opinionated.

‘They’ve trashed everything the Queen has worked so hard for and we’re supposed to believe they’re compassionate?’

‘They felt they were trashed and lied about.’@piersmorgan and @susannareid100 discuss Harry and Meghan’s explosive Oprah interview. pic.twitter.com/gI6QfbTfA0

Opinions in the US were equally polarised. For instance, US author Saeed Jones wrote: "Whew, they almost killed this woman. I'm so glad Meghan and Harry got that baby and got the hell out of there."

Ana Navarro-Cardenas, guest co-host of The View, a talk show, was a bit more all-encompassing saying: "Oof. There hasn't been this much English tea spilled in America since the Boston Tea Party."

A republican campaign group has called for an honest debate about the future of the monarchy following revelations in the interview given by the Duke and Duchess of Sussex to Oprah Winfrey.

Anti-monarchy group Republic said the institution is facing "its worst crisis since the abdication in 1936".

Republic's chief executive, Graham Smith, said the monarchy is "tolerated because of a carefully managed but dishonest image" that has been created over the years.

"The monarchy has just been hit by its worst crisis since the abdication in 1936. Whether for the sake of Britain or for the sake of the younger royals, this rotten institution needs to go," he said.