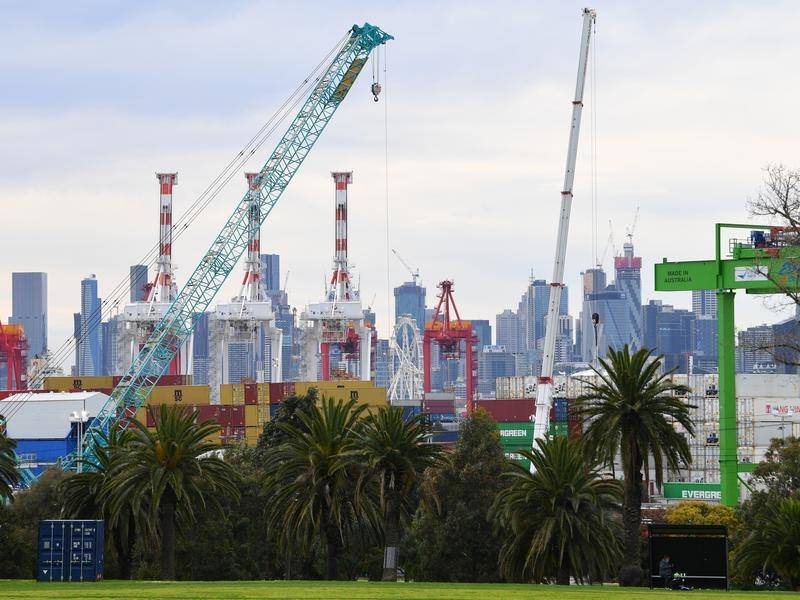 A quarterly growth rate of 2.4 per cent is forecast as Australia's economy recovers from a slump.

After a week Scott Morrison would want to forget, this week's national accounts will probably give the prime minister something to crow about. At least fleeti...

After a week Scott Morrison would want to forget, this week's national accounts will probably give the prime minister something to crow about.

An accusation of a sexual assault on a former Liberal staffer, an alleged historic rape case by a current government minister and the loss of a backbencher to the crossbench are just some of the headaches endured by the prime minister.

But Wednesday's December quarter national accounts, and with them the latest growth figures, are expected to bring good news.

Economists' forecasts at this stage centre on a quarterly growth rate of 2.4 per cent.

This would build on the huge 3.3 per cent expansion in the September quarter, rebounding from the seven per cent slump in the previous three months which marked Australia's first recession since the early 1990s.

However, the remnants of the downturn linger on with the annual growth rate expected to remain in negative territory, down 1.8 per cent.

Strong consumer spending and home building, along with rising business investment and government spending are expected to be the main drivers of the continued recovery, offsetting an expected drag from exports.

Economists will finalise their growth forecasts after quarterly company profits and inventories figures on Monday and trade and government spending numbers on Tuesday.

The Reserve Bank will also hold its monthly board meeting on Tuesday where it is expected to keep the cash rate and other key policy measures at a record low 0.1 per cent.

However, economists expect central bank governor Philip Lowe will comment in his post-meeting statement on the recent steep rise in market interest rates, when the RBA has been buying billions of dollars worth of government bonds trying to keep yields, and in turn borrowing costs, down.

"While it will no doubt welcome the continuing improvement in economic indicators it will likely try and push back against the rise in bond yields by reiterating that the economy still faces uncertainties," AMP capital chief economist Shane Oliver said.

There is also a wave of monthly figures during the week, kicking off with February house prices and January home lending figures, as well as February job advertising data on Monday.

Meanwhile, Australian shares look set for a positive start to the week, after suffering its biggest fall since early September on Friday as investors switched their sights on the bond market.

On Wall Street, shares fell despite some easing in bond yields as the market prepared for Washington to vote on President Joe Biden's stimulus package.

The House of Representatives subsequently approved the $1.9 trillion pandemic relief bill and it now moves to a less obliging Senate.