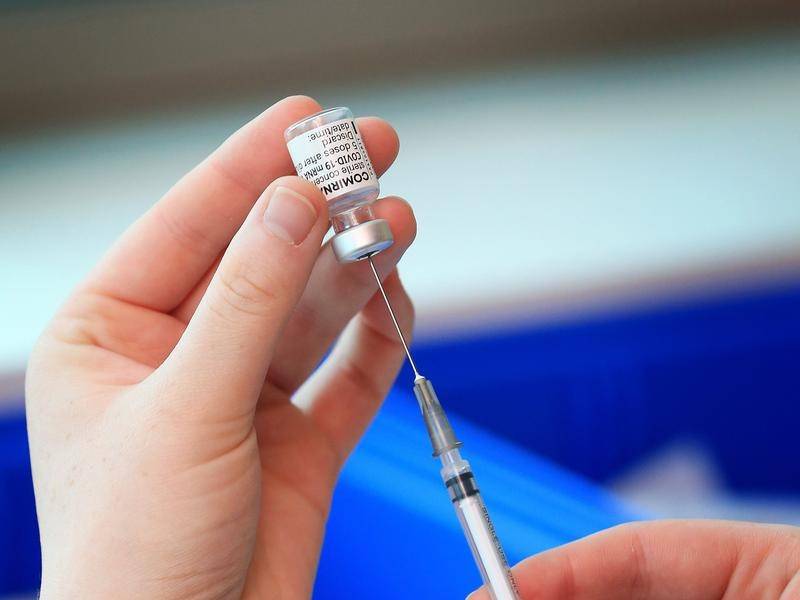 The Queensland doctor who carried out a COVID vaccine overdose had not completed required training.

The Queensland doctor who gave two aged care residents excessive doses of the coronavirus vaccine had not completed the mandatory training, the federal health...

The Queensland doctor who gave two aged care residents excessive doses of the coronavirus vaccine had not completed the mandatory training, the federal health minister has confirmed.

Greg Hunt says he was initially given incorrect information from Healthcare Australia on Wednesday, the company which is undertaking the vaccine rollout for the federal government.

The company originally said it had copies of the doctor's completed training modules.

"Upon further investigation, Healthcare Australia has now advised that the doctor had not completed the required training," Mr Hunt told parliament.

"I have asked the department to take action against the company and the doctor for what is a clear breach on both fronts."

Two elderly residents were on Tuesday given more than the intended dose by the doctor, who was contracted by Healthcare Australia to administer the jabs.

An 88-year-old man was admitted to hospital for observation and is currently showing no signs of adverse reaction.

A 94-year-old woman is being monitored in the aged care home.

The doctor is no longer involved in the vaccine rollout and will be reported to the national regulator.

Mr Hunt had earlier told parliament "unacceptable human error" was to blame for the excessive doses.

He rejected the notion the incident would harm public confidence in the vaccine rollout.

The minister said he had decided to be up-front about what had occurred so he could explain how safeguards had worked.

The elderly pair were the only two to receive shots at Brisbane's Holy Spirit Nursing Home on Tuesday, with a nurse stepping in after noticing the doses were wrong.

Queensland Premier Annastacia Palaszczuk has written to Prime Minister Scott Morrison asking for a national cabinet meeting as soon as possible, to understand what happened.

The states and territories are running their own vaccination programs for their healthcare workers as well as aged and disability care facilities.

Healthcare workers have to complete online training modules before being able to administer the coronavirus vaccines, which come in multi-dose vials.

Chief Medical Officer Paul Kelly said the modules were a "one size fits all" model, with healthcare workers undergoing the same training regardless of whether they were a nurse or a doctor.

"If we need to modify the training modules, of course we'll look at that," Professor Kelly told reporters in Canberra.

"But we're very confident that they are good and comprehensive."

Professor Kelly said higher doses had been given to residents at aged care facilities in Germany and the United Kingdom, leading to minimal side effects.

Thousands of Pfizer vaccine doses have been delivered across Australia in the first phase of the vaccination program, which targets frontline aged- and disability-care workers and residents.

Doses of the AstraZeneca vaccine - which most Australians will receive - are on track to arrive from overseas early next month, in addition to vials being manufactured in Victoria.

Australia has recorded another day with no community transmission of the virus.

Meanwhile, Australians stranded overseas have set up a support group providing resources for people trying to get home, including letter templates to send to federal politicians.

More than 40,000 Australians are trying to return but face difficulties with cancelled flights and strict limits on arrival numbers.