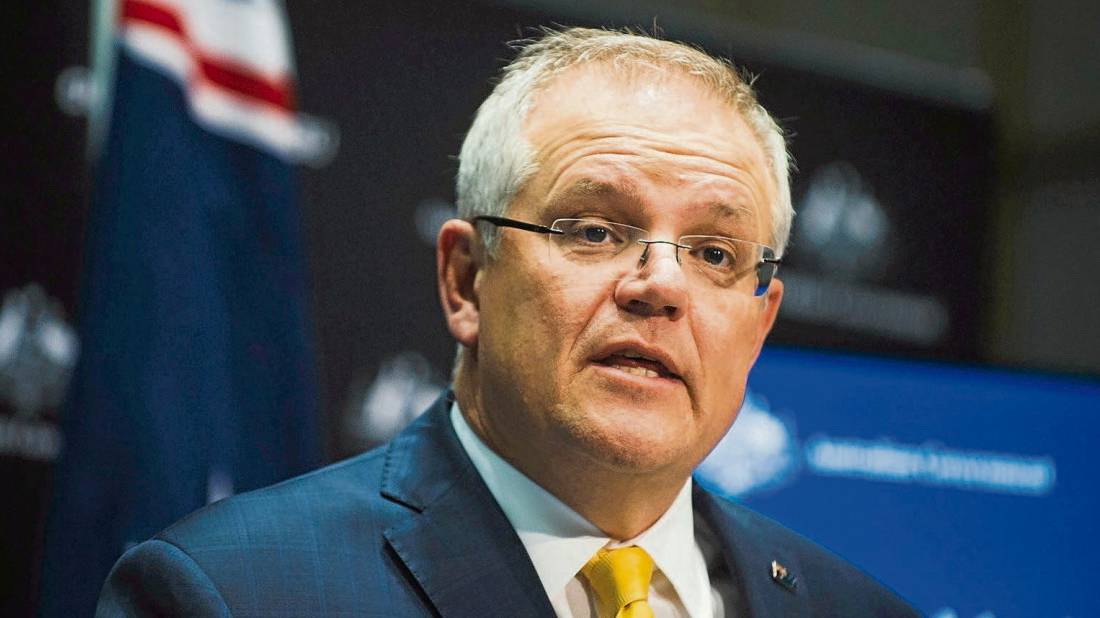 Another in the AAP FactCheck series.

Prime Minister Scott Morrison has claimed that coal from rival exporters produces 50 per cent more emissions than the local product, leading to a "lose-lose" scenario for the environment and the economy if Australia's supply was displaced.

The prime minister made the statement during a press conference on December 15 when he was asked about reports China was introducing a ban on some Australian coal imports.

"If this were to be the practice, the four billion-odd that goes into coal-fired power generation in China, it really is a lose-lose here," Mr Morrison said.

The comments were reported in The Australian, the Australian Financial Review and the ABC.

When asked about the basis of the statement, the prime minister's office did not provide a source but claimed it had already been fact-checked by the ABC and found to be accurate.

The ABC fact check investigated a 2015 statement from then prime minister Malcolm Turnbull that global emissions could rise if Australia stopped exporting coal as "our coal, by and large, is cleaner than the coal in many other countries".

The fact check said: "Australia's coal is on average high quality as a result of its low moisture and ash content, and high carbon content, compared with other countries, particularly Indonesia, the largest coal exporter in the world."

However, it largely focused on ash content and levels of polluting trace elements. It did not include analysis of the relative greenhouse gas emissions of coal from various exporters, and none of its sources showed that other countries' coal produced 50 per cent higher emissions than Australian coal.

Mr Morrison's office did not respond to further questions from AAP FactCheck about the basis for the statement.

AAP FactCheck contacted Geoscience Australia, the Minerals Council of Australia and the Australian Coal Association Research Programme, however none were able to provide information comparing coal emissions or research on the emissions produced by Australian coal.

However, experts said emissions from coal were generally tied to the product's grade and its energy content - although this relationship was far from linear.

A report provided by the Minerals Council for the ABC fact check noted that Australia was "a significant exporter of high energy-content thermal coals" which "produce fewer emissions per unit of electricity produced".

The IEA provided AAP FactCheck with provisional 2019 figures comparing the energy content of coal exports from several of the world's top coal exporters and producers.

These showed that the energy content of the two main types of thermal coal for export - "other bituminous" and the lower-grade "sub-bituminous" - was broadly similar across all countries, with the exception of India, which generally produced lower-quality coal.

However, it should be noted that India exported a negligible amount of thermal coal - around 0.3 per cent of Australia's volume - therefore it is unlikely a trade dispute would result in China burning significantly more Indian coal.

Dale Hazelton, head of Asia Pacific thermal coal at energy consultancy Wood Mackenzie, told AAP FactCheck it was important to note there wasn't a linear relationship between emissions and energy content, which meant that emissions from similar power plants burning different grades of coal may be little different.

"Generally speaking, all bituminous (high-quality) coals are the same in terms of carbon emissions," he said.

"If you compare Australian bituminous coals to every other country's bituminous coals, they're roughly equivalent in energy content. So Russia and Australia are going to have roughly the same combustion emissions.

"Australian coal tends towards bituminous in rank, which is lower-emitting, while the world's largest exporter of thermal coal, Indonesia, tends towards the lignite (higher-emission) side."

Mr Hazelton cited 2006 guidelines from the International Panel on Climate Change (IPCC) which estimated the emissions from different coal grades when used in "energy industries" (page 2.16).

The guidelines said emissions from coal ranged from 94,600kg of greenhouse gas per terajoule of energy from other bituminous coal to 96,100kg for sub-bituminous coal - a difference of just 1.6 per cent. The figure for lignite was 101,000kg - 6.8 per cent higher than the bituminous grade.

One of the authors of the IPCC guidelines, Gregg Marland, an adjunct research professor at North Carolina's Appalachian State University, told AAP FactCheck via email that the heat produced by coal increased with its carbon content, which in turn increased carbon dioxide (CO2) emissions.

"If we measure CO2 emissions (against) units of (energy), then all coals are indeed pretty closely the same," he said.

Dr Marland referred to a 2006 report he co-authored for the then-US Climate Change Science Program which said the carbon content of coal was directly linked to its heat output (figure 2, page II-14).

A 2016 US Environmental Protection Agency guidance document gave similar figures to the IPCC guidelines, with bituminous coal producing 93.28kg of carbon dioxide per energy unit, compared to 97.17kg for sub-bituminous coal - a difference of 4.2 per cent (table A-3, page 19).

AAP FactCheck found few sources directly comparing the emissions from various grades of coal, however one 1994 article from the US Energy Information Administration compared the CO2 emission factors - the amount of the gas produced for the same energy output - for different coal samples from across the country.

It found the difference in carbon emissions between the lowest-emission bituminous coal and the highest-emission lignite nationwide was only 9.6 per cent (table FE4).

Meanwhile, a 2015 report on the quality and environmental impact of Australian coal by the US-based Institute for Energy Economics and Financial Analysis (IEEFA) showed Australia's export thermal coal had the same or lower energy content than Russian and South African coal but higher energy than Indonesian and Indian coal, based on 2014 figures from energy consultancy Wood Mackenzie (page 2).

Mr Buckley said the development of modern, efficient coal power plants also meant the quality of the coal had less of an impact on emissions than in older plants, adding that a ban on Australian coal exports to China would make no difference to global emissions.

"If our coal isn't burned in China, then someone else will burn our coal. The idea that (a ban) will increase emissions is nonsense."

A 2013 Congressional Research Service report noted CO2 emissions from coal-fired plants could be reduced by burning higher grades of coal, however it also noted a strong link between the type and efficiency of coal plants and emissions.

University of Adelaide associate professor Liam Wagner, who researches energy markets, agreed that in general, emissions produced from burning other countries' thermal coal would not be 50 per cent higher than emissions from Australian coal.

"But to say in general Australia's coal is better or worse than coal in China is, again, a nonsense."

AAP FactCheck found Mr Morrison's statement that coal from other countries produced 50 per cent higher emissions than Australian coal to be false.

While carbon dioxide emissions from burning thermal coal are linked to its energy content, this relationship is not linear and the replacement of Australian coal with lower-grade coal from another country would have only a small impact on emissions, based on the available data.

Several countries also export coal of primarily the same or higher energy content than Australia, meaning an export ban from China would not necessarily lead to the local commodity being replaced with a lower-grade product.

False - The checkable claim is false.