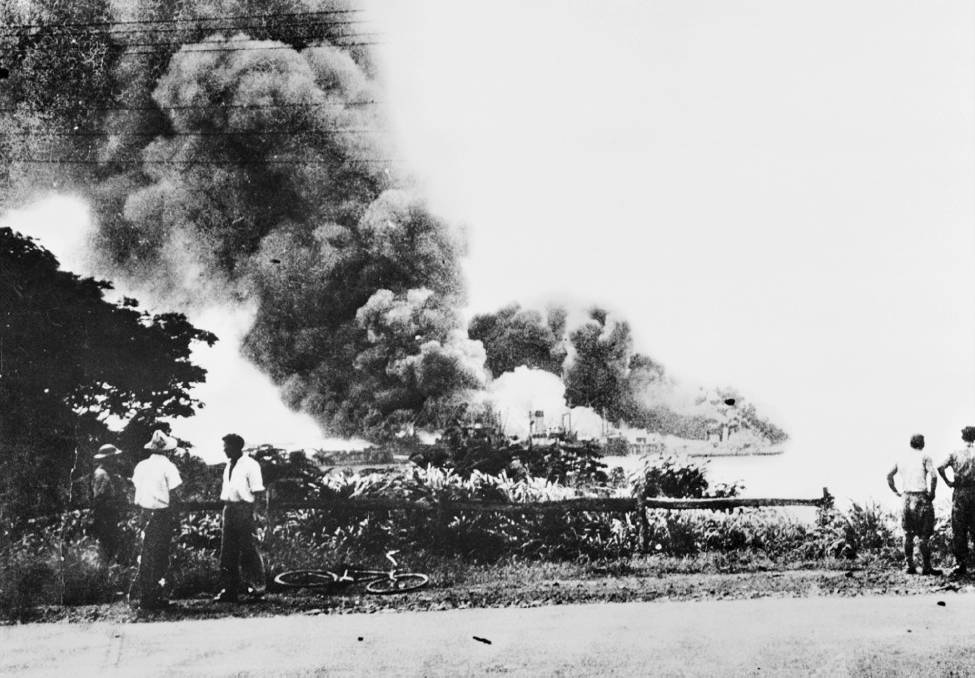 Australia marks the 79th anniversary of the bombing of Darwin on Sunday with a commemoration in Darwin.

The nation prepares to mark the bombing of Darwin.

Minister for Veterans' Affairs Darren Chester is urging Australian's to reflect on the lives lost and the impact of air raids across Darwin during the Second World War, tomorrow as the nation marks the Bombing of Darwin.

Air raids of the Imperial Japanese Navy killed more than 230 people - including 53 civilians - on February 19, 1942, and destroyed key buildings and infrastructure in a bid to take out Australia's long established northern strategic port.

"The enemy aircraft bombed and strafed Darwin for about 40 minutes, resulting in eight of the 47 ships at the harbour being sunk with one ship's cargo of 200 depth charges exploding alongside the Darwin wharf," Mr Chester said.

"During this attack, the American Destroyer U.S.S. Peary was sunk, killing 88 American sailors and wounding 13 - the greatest single loss of life on any ship attacked that day.

"Some 80 minutes later, a second wave of bombers arrived, continuing the attack, but this time it was concentrated on the Royal Australian Air Force station inland."

Minister Chester said the day marks an attack that is "etched in Australia's history". Now 10 years since the inaugural national day of observance in 2011, Minister Chester is encourage all Australians to remember and reflect.

An annual commemoration for the Bombing of Darwin will take place on February 19 at the Cenotaph on the Esplanade, in Darwin, commencing at 9:30am.

Katherine's own alderman Matt Hurley will be in attendance to lay a wreath. Minister Chester will also attend the annual commemoration for the Bombing of Darwin.

"Overall, 97 air attacks were carried out on Darwin and northern Australia during the Second World War and enemy air reconnaissance over the region continued for the majority of 1944," Mr Chester said.

"Today, I encourage all Australians to remember and reflect on this event in our nation's history, honouring those who died during these attacks and in the protection of our nation and way of life."