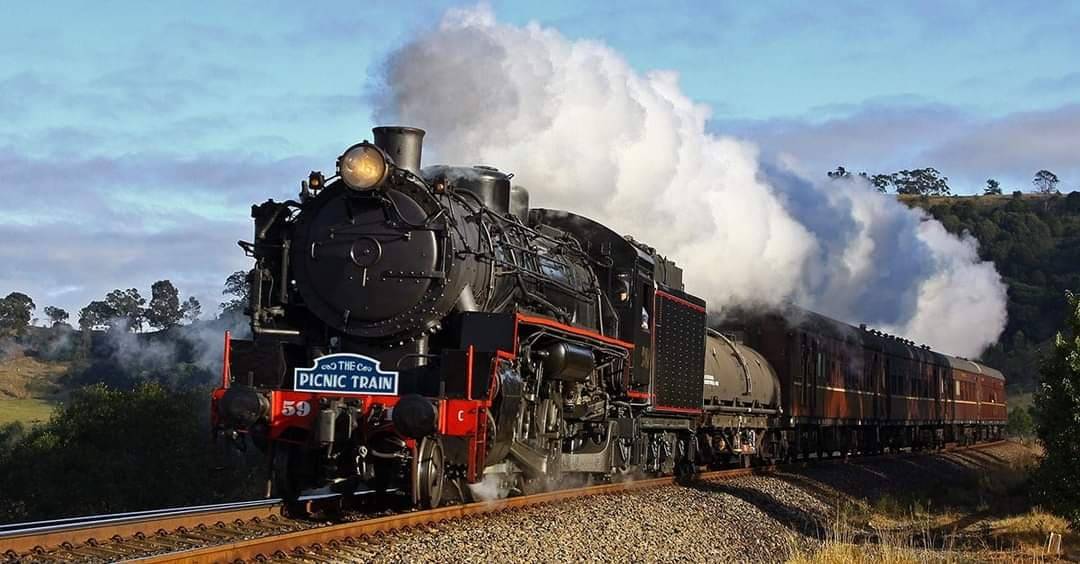 Puffing along: The Kiama Picnic Train returns next week.

The vintage locomotive sets off from Sydney's Central Station.

Steam trains will once again be chugging their way through the Illawarra as a new season of the Kiama Picnic Train gets underway.

The vintage locomotive sets off from Sydney's Central Station, with a pick-up at Sutherland, before making its way down the Illawarra escarpment and steaming along the coast to Kiama.

Customers have 4 1/2 hours to explore the township and enjoy lunch before heading back to Sydney.

Hauling the train will be the legendary Baldwin steam locomotive 5917, which was built in the 1950s for the NSW Government Railways.

The new season starts on February 27, with eight tours planned through to March 21. Private compartments for four or first class window seats for two are available. www.picnictrain.com.au