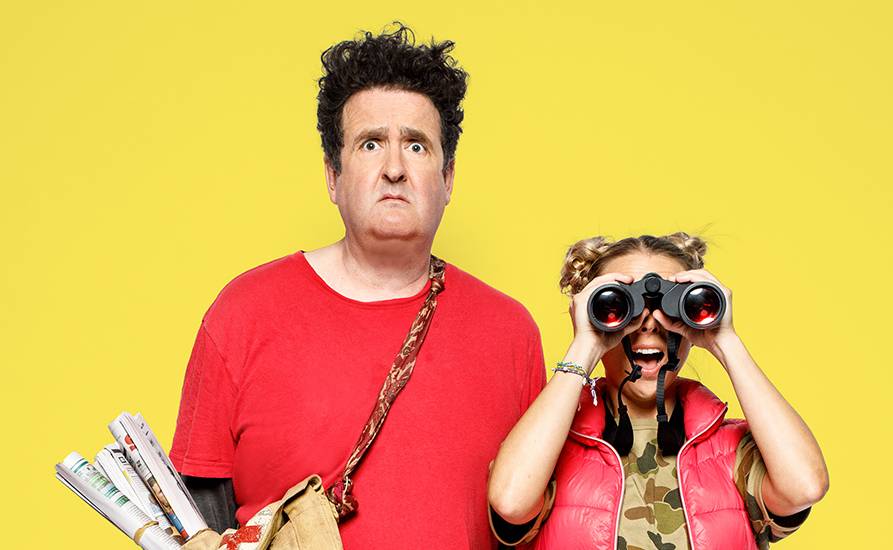 WATCH OUT, NANNAS ABOUT: Alan Brough as Charlie Duncan and Sarah Kriegler as Hils in War Against the Grannies.

IT'S taken longer than expected but Alan Brough's musical comedy Charlie and the War Against the Grannies makes its world debut at Arts Centre Melbourne from April 14-24 .

Based on Brough's side-splitting book, the play is a rampaging show for children featuring shadow puppetry, live music and some really stinky farts. It was due to be staged last March until the shutdown intervened.

Charlie and the War Against the Grannies is the story of a constantly anxious 12-year-old who uncovers a league of evil grannies plotting to set up a "Granny State" where everyone will be forced to wear brown cardigans, go to bed early and where children would not exist!

The book is the first by the comedian, actor and TV host best known as team captain on the long-running ABC show Spicks and Specks.