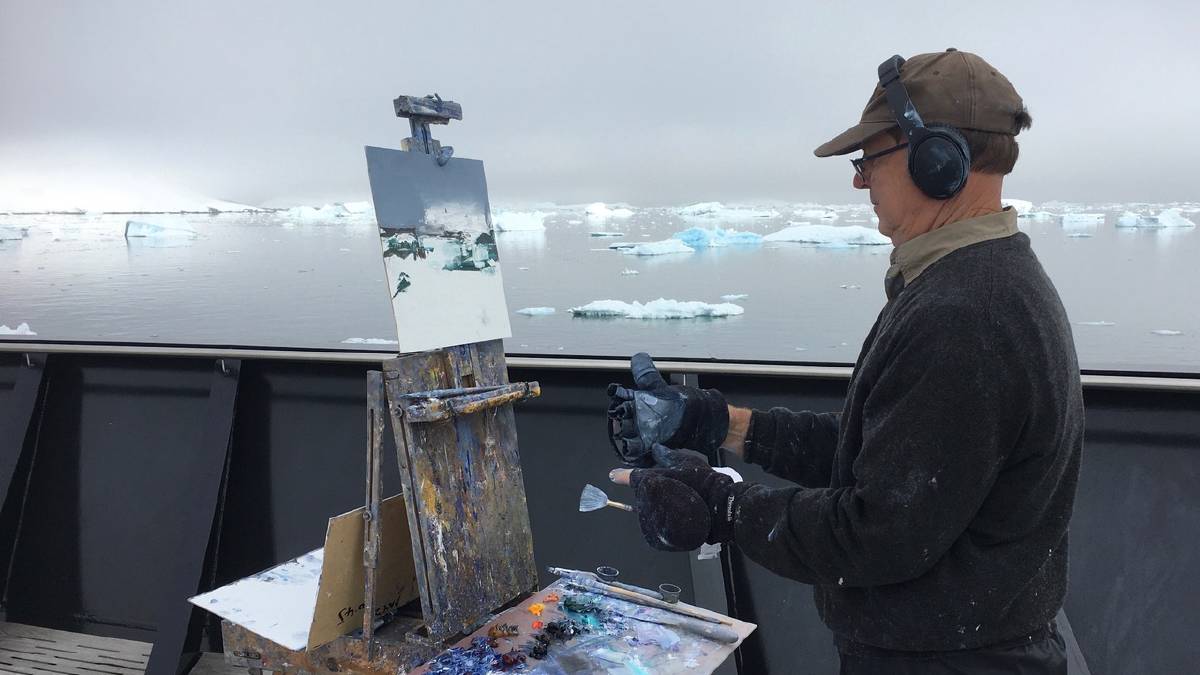 WHEN Ken Knight and his wife Louise set off on luxury cruise of a lifetime to Antarctica last February they were carrying more baggage than your usual travellers.

As well as his camera and thermals, Ken - a self-taught landscape artist from Macmasters Beach on the NSW Central Coast - was lugging 90kg of painting paraphernalia, including his favourite French easel.

"Getting through customs was a nightmare," said 65-year-old Ken who had his first exhibition in 1979.

He is widely regarded as one of the country's foremost impressionist 'plein air' artists whose paintings evoke the essence of Australia's landscapes, from the Pilbara to Palm Beach.

But this was his first time venturing to the icy waters of Antarctica.

"There is something elemental and sacred about the continent of Antartica.

"For me it was appealing as it is so distant and full of contradictions; imposing yet fragile, hostile, yet so beautiful," said Ken, who has always been fascinated by stories of intrepid explorers like Scott and Shackleton.

"Also, as an artist you can't just replicate what you've done before, and for me it was important to challenge myself artistically."

This meant working with an entirely new colour palette of blues and greens (away from the reds and ochres of Australia's deserts) and coming up with inventive ways to store wet canvases in his cabin-cum-studio.

"I took special boxes to store and protect the wet paintings once they were done. In colder climates paint takes longer to dry - it got down to -15C," he said.

"I was also concerned about how the temperature would affect the plasticity of the paint."

On his first day there Ken completed a total of 26 paintings. During their five days traversing the Antarctic circle and environs he produced a phenomenal 75 works.

"I was aiming to capture that first impression. These smaller paintings convey the immediacy of the moment and that feeling that you get when you first witness such an amazing landscape," said Ken.

"It's cold, my eyes are watering and I'm out there in this landscape which feels sacred and I'm responding to it."

He said this is why he loves plein-air painting, describing it as coming from the heart.

"You can really connect with nature. In effect you are part of that landscape; you are painting what you feel, as well as what you see."

Ken said the timing of the cruise was fortuitous, arriving back days before COVID-19 put the world in lockdown.

On his return Ken spent six months working on larger paintings inspired by studies made on the ship.

These, as well as his plein-air impressions, are being shown in a solo exhibition at Gosford Regional Art Gallery, Mon-Sun, 9.30am-4pm, until March 21.