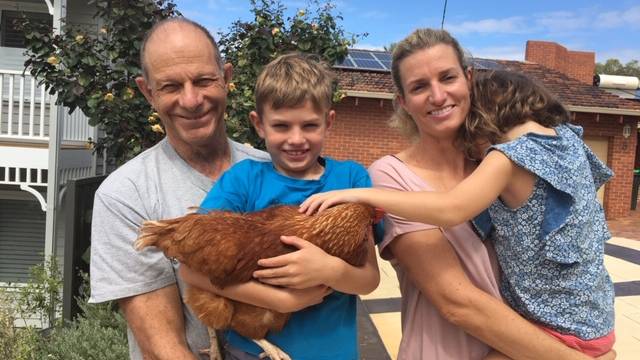 ARE you lucky enough to have a great neighbour? Online neighbourhood hub Nextdoor is searching for the best neighbours in Australia to reward them for their...

ARE you lucky enough to have a great neighbour?

Online neighbourhood hub Nextdoor is searching for the best neighbours in Australia to reward them for their kindness ahead of Neighbour Day on March 28.

Whether it was someone who dropped off groceries or walked your dog, or the neighbour who finally said 'hello' after living down the street for several years, Nextdoor is calling on all nominations for someone who has made a difference in your life in the last 12 months.

Last year Constanze Spicer nominated her neighbour Geoff Boughton because of the help and support he has given her since the passing of her husband.

Geoff won the grand prize of $500 which he put back into the community, splitting donations evenly between Halidon Primary School P&C's Sustainable Living Fete event and Friends of Yellagonga.

"Geoff has assisted me on a weekly if not daily, basis since my husband died suddenly of a heart attack on January 20 2019, leaving me as a single mother of two kids aged four and six at the time," Constanze wrote in her nomination.

She said Geoff helped her with everything from installing a security system and building a chook pen.

"He gives me lifts to places, looks after kids if I need to duck out and comes to the lake with us where he spends time with my son to take his RC boat for a spin.

"He has helped me set up and put away a garage sale, an emotional time as a lot of the items belonged to my husband. Geoff has been a shoulder to cry on, a great listener and I'm lucky to live next door to such a kind and generous human being," she said.

Neighbour Day, a Relationships Australia initiative, is officially celebrated each year on the last Sunday of March.

The purpose of the campaign is to remind people of the importance of social connection and neighbourly actions, and as research shows, knowing just six neighbours reduces feelings of loneliness and social isolation.

Nominations are open until March 15.