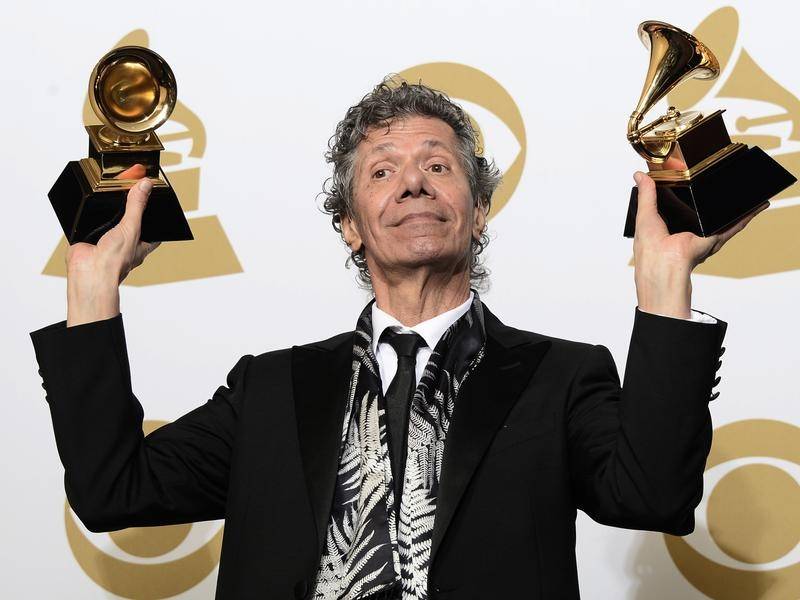 Chick Corea had the most jazz Grammy wins in the show's 63-year history.

Chick Corea, a towering jazz pianist with a staggering 23 Grammy Awards who pushed the boundaries of the genre and worked alongside Miles Davis and Herbie Han...

Chick Corea, a towering jazz pianist with a staggering 23 Grammy Awards who pushed the boundaries of the genre and worked alongside Miles Davis and Herbie Hancock, has died aged 79.

Corea died on Tuesday of a rare for of cancer, his team says on his website.

"Throughout his life and career, Chick relished in the freedom and the fun to be had in creating something new, and in playing the games that artists do," a statement says.

In 1968, Corea replaced Herbie Hancock in Miles Davis's group, playing on the landmark albums In a Silent Way and Bitches Brew.

He formed his own avant-garde group, Circle, and then founded Return to Forever. He has worked on many other projects, including duos with Hancock and vibraphonist Gary Burton.

Last year, Corea released the double album Plays, which captured him at various concerts armed simply with his piano.

Corea is the artist with the most jazz Grammys in the show's 63-year history and he has a chance to posthumously win at the March 14 show, where he is nominated for best improvised jazz solo for All Blues and best jazz instrumental album for Trilogy 2.