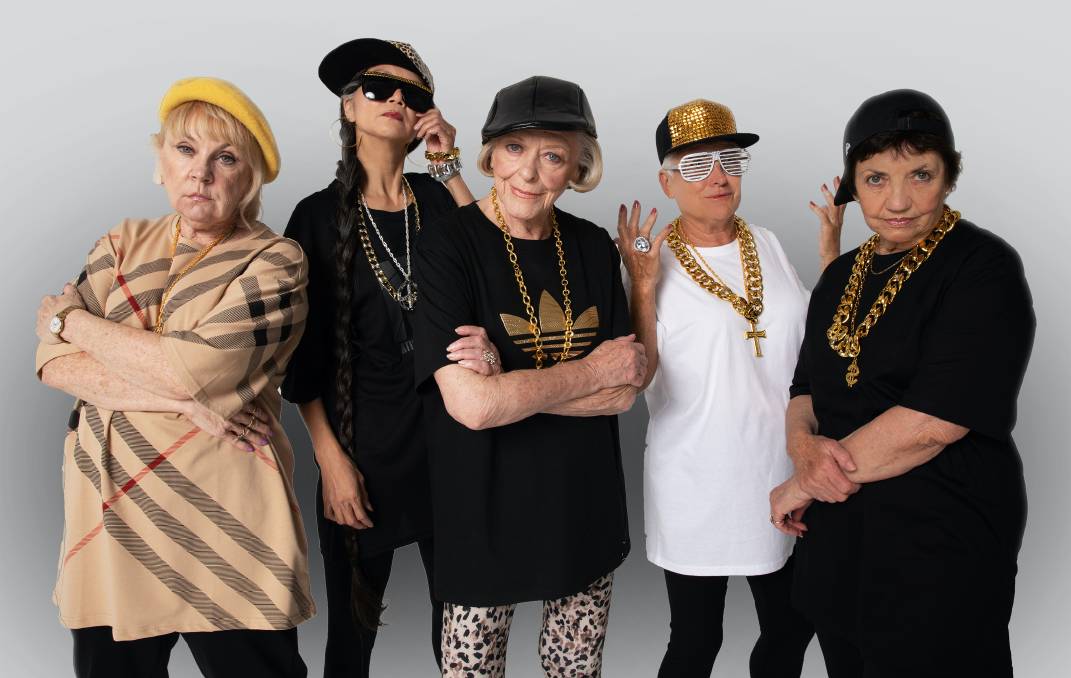 SHE has done almost everything in the theatre world, but for the first time, stage veteran Nancye Hayes is getting ready to tackle hip hop.

Nancye will dial up the bling and take to the stage in Hayes Theatre Co's production of new musical Half Time.

The fish out of water musical comedy is directed by Helen Dallimore and will be at Sydney's Hayes Theatre from April 1-May 2.

It tells the story of a group of seniors who audition to dance at half time for a popular basketball team.

It is only once they get the gig that they learn they won't be dancing salsa, tap or swing, but instead will be stepping into the brave new world of hip hop dancing.

"It's a challenge for us, but who can resist the chance to not act your age?" Nancye said.

Rehearsals are set to start this month, but Nancye is already listening to the score and getting into shape in preparation for the challenge.

"I've always been a dancer, but haven't done many classes recently, so I've been working on building strength in my legs and body."

She has been watching hip hop videos online to get a few hints about what awaits her, and is looking forward to getting into the rehearsal room with choreographer Madison Lee.

"I certainly won't be spinning around on the floor on my head, I can tell you that much.

"I think getting the attitude right has a lot to do with it."

In addition to the challenge of the dance moves, cast members will have to do plenty of exercises to warm up their tongues, as many of the show's musical numbers are performed in rap style.

Nancye said the challenge reminded her of when she had to learn tap dance for a production of Stepping Out many years ago.

"It's a similar challenge, being given that opportunity to do something you've really wanted to do but think 'no, I can't do it'.

"Then you do it and it gives you a lovely feeling of achievement."

Nancye hopes the play will inspire audience members to step out of their comfort zones to take on new challenges.

Adding to the degree of difficulty of the role, she plays a character with two personalities.

She plays Dorothy, a very quiet former school teacher who walks with a cane. But when the music starts, it brings out her hip hop loving alter ego Dottie.

Nancye is excited about returning to the musical theatre stage.

She hasn't performed in a musical since 2019 when she appeared in Stephen Sondheim's A Little Night Music for the Victorian Opera and in her own cabaret show.

She is also excited about reuniting with some fellow cast members who are old friends.

Nancye shared a stage with co-stars Dolores Dunbar and Joy Miller in Chicago and has also worked with Donna Lee.

"So many of the cast and the creative team have been colleagues and I so look forward to working with this truly impressive line-up," she said, admitting there will be "some challenges to conquer but we will all be forgetting our age and loving it".

As a fixture in Australian musical theatre since the 1960s, Nancye has had many career highlights, but lists playing Roxie Hart in Chicago and Mrs Lovett in Sweeney Todd as two of her favourite roles.

More recently she enjoyed playing Madame Armfeldt in Victorian Opera's A Little Night Music and starring opposite her good friend Todd McKenney in Six Dance Lessons in Six Weeks back in 2016.

She will return to the stage with McKenney for the Ensemble Theatre Company's production of The Casting Couch in Sydney's Kirrilbilli in October.

While she has featured in several screen roles over the years, including a brief stint filling in for Judy Nunn in the role of Ailsa Stewart on Home and Away, she has always been drawn to the stage.

"I like the immediacy of getting that feedback from an audience. You're on the tightrope. Once the curtain goes up, that's it.It's stimulating, but scary as well."