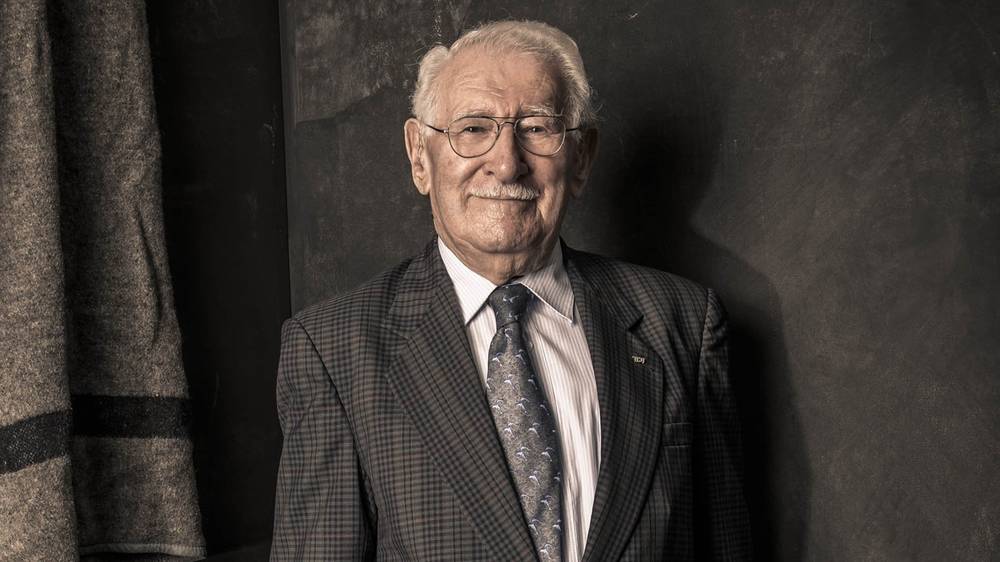 DEBUT: Holocaust survivor Eddie Jaku,100, has made the Indie Book Awards shortlist for his memoir The Happiest Man on Earth.

Jaku's autobiography, The Happiest Man on Earth, is one of 24 shortlisted books vying for the top spot as the Overall Indie 'Book of the Year' for 2021, as voted by the country's independent booksellers.

In his memoir, Holocaust survivor Jaku - who endured hell at Auschwitz and saw his family killed by the Nazis, the 100-year-old details his amazing life and blueprint for happiness.

The book is one of four titles nominated in the non-fiction category, alongside Phosphorescence by Julia Baird, People of the River by Grace Karskens and Cassandra Pybus's Truganini.

Speaking of his normination, Jaku thanked booksellers for supporting his book and spreading his message of hope and happiness.

"In a year when I was not able to visit bookshops myself, it has meant so much to know that so many people are reading my words and sharing joy. At 100 years of age, I am so proud and excited to be a debut Australian writer," he said.

"The timing was awful for a debut novel and I lowered all expectations that my book would find its tribe of readers. But then something wonderful happened - independent booksellers refused to shut up shop," she said.

"While their doors might have been closed, they found myriad ways to get books into the hands of people who would enjoy them, perhaps even need them, during the long weeks of isolation. As a reader and a writer, I was enormously grateful."

Past Book of the Year winners have gone on to be bestsellers and win other major literary awards. Previous winners include: There Was Still Love by Favel Parrett, Boy Swallows Universe by Trent Dalton; Nevermoor by Jessica Townsend; The Dry by Jane Harper; The Natural Way of Things by Charlotte Wood; The Bush by Don Watson; The Narrow Road to the Deep North by Richard Flanagan; The Light Between Oceans by M.L. Stedman; All That I Am by Anna Funder; The Happiest Refugee by Anh Do; Jasper Jones by Craig Silvey; and Breath by Tim Winton.

The category winners and Book of the Year winner will be announced at a virtual awards event on March 22.

REVIEW: The Happiest Man on Earth

Why anything is possible in Alison Lester's imaginary worlds