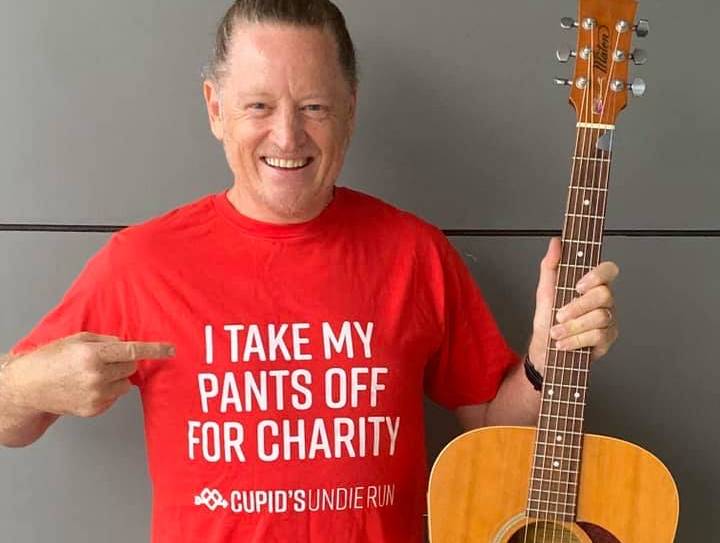 The singer-songwriter is stripping down to his undies to help get the word out about the genetic disorder.

As a country music performer, blessed with a glorious head of curly hair, Kevin Sullivan has had his fair share of undies thrown at him by adoring fans.

But now it is the singer-songwriter's turn to brandish his undies, to help get the word out about the genetic disorder called Neurofibromatosis.

Also known as NF, this genetic disorder affects 1 in every 2500 people and causes tumours to grow on nerves throughout the body, including the brain and spine.

Father-of-five Sullivan hails from Gerringong on the NSW South Coast and used to be a forensic crime scene investigator before launching his successful music career. He is taking off his pants for this year's Cupid's Undie Run fundraiser organised by the Children's Tumour Foundation, a not-for-profit organisation dedicated to empowering families impacted by NF.

The annual fun run - where people strip down to their smalls - has been running for nearly 10 years across 15 towns and cities. But this year will be a virtual event with participants urged to come up with their own COVID-friendly cheeky challenges.

"Last year my mates said they would actually donate if I kept my pants on," said Sullivan, who is currently on a music tour of Queensland in a caravan with his wife Belinda and their three youngest children; KJ, 11, Cha Cha, nine, and Jet, five.

This year Sullivan and his family are planning a few smaller events throughout February, including an undie walk along the Maroochy River. But one thing is for sure, the singer will be showing off a bit of flesh for charity.

He was asked to be an ambassador for the run after playing a couple of gigs at Cupid's Undie Run events in Kiama.

"I now have this Children's Tumour Foundation sign on the back of our caravan and everywhere we go people come up to us and share their stories," he said. "We make connections everywhere we go and I've realised how neurofibromatosis has touched so many people."

One person was a five-year-old boy called Max, who met Sullivan after a gig in Hervey Bay.

"His mum recognised the sign on the back of the van and told us that Max had a tumour behind his eye, and had his right eye removed. He told me, 'Yes, I've got a glass now!" 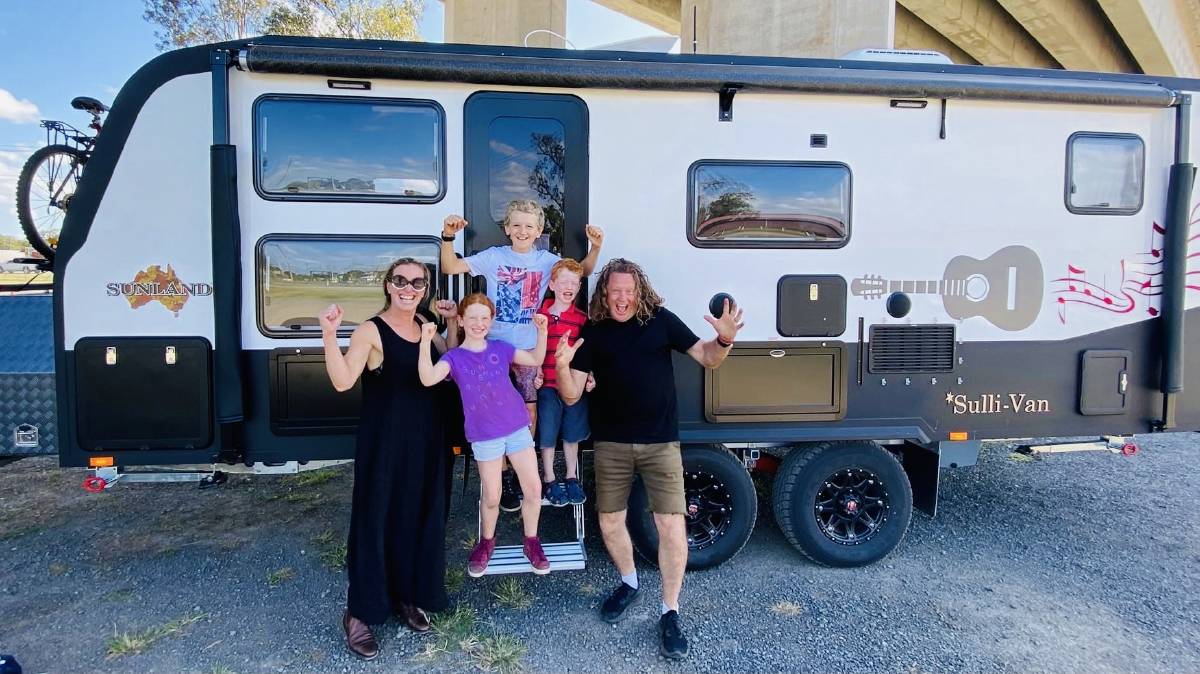 SPREADING THE WORD: Kevin Sullivan on tour with his wife Belinda and children (l-r) Cha-Cha, KJ and Jet.

"It is an emotional rollercoaster but I feel blessed to be an ambassador and to be able to make this connection with other Australians. We are touching a lot of lives."

This year Cupid's Undie Run will be a series of challenges starting with Undie Sunday on February 14, through to a virtual 'Sunday session' on February 28 with music, comedy and an awards event for fundraisers and participants.

Other challenges will see Cupid's runners hit a major shopping chain in their undies, singing a few love-songs out at the top of their lungs in their undies, and customising their knickers and boxers.

"It may seem like a bit of fun, but once you have stripped down to your undies in public, people want to know why. NF affects everyone differently and can be physically disfiguring, which can lead to feelings of social isolation, anxiety and depression. We run to celebrate our differences and to give the NF community a voice."