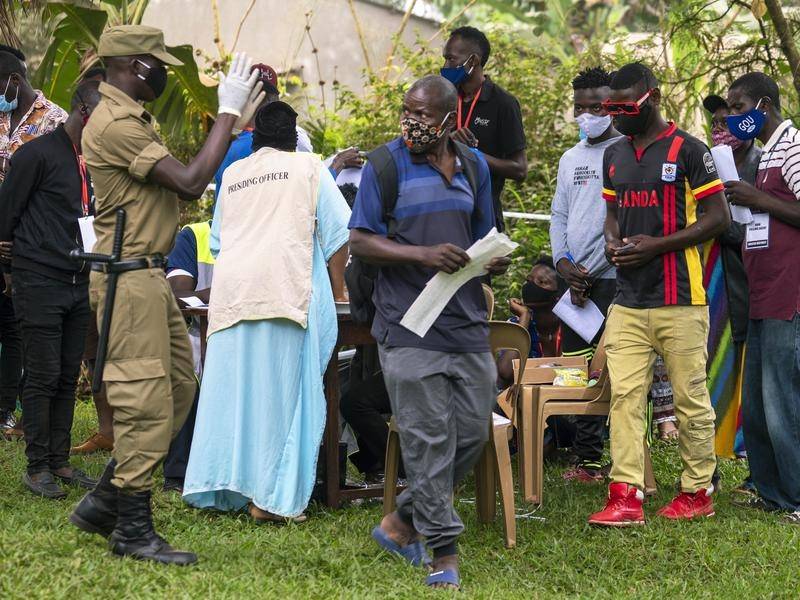 Ugandans have started voting in an election pitting a reggae singer against a long-time leader.

Ugandans have begun voting in a presidential election pitting long-time leader Yoweri Museveni against an opposition galvanised by a popular singer despite a...

Ugandans have begun voting in a presidential election pitting long-time leader Yoweri Museveni against an opposition galvanised by a popular singer despite a campaign marked by brutal crackdowns.

Polls were due to open at 7am on Thursday but at six polling stations in the capital visited by Reuters, voting began between 60 to 90 minutes late after ballot papers did not arrive on time.

Lines of voters were growing at two other stations where polling had not begun by 9.15am.

The East African country of nearly 46 million people was under an internet blackout after the communications regulator ordered telecoms operators to suspend services from Wednesday, according to the largest operator in Uganda, South African telecoms company MTN Group.

Campaign violence has surpassed previous turbulent elections, with scores killed when security forces cracked down on gatherings of opposition supporters.

Opposition candidates, supporters and campaign staff have been repeatedly arrested.

The government says it is stopping illegal gatherings during the COVID-19 crisis. The opposition says the bans on rallies in some parts of Uganda are a smokescreen for repression.

"If you try to disturb peace, you will have yourself to blame. The security forces, following the law, are ready to deal with any troublemaker," Museveni, dressed in a military camouflage jacket, warned this week in a television broadcast.

"The numbers aren't yet big because people were not sure what will happen at the station given the tension and message that there would be violence," said Kamwebaze Elvin, an election worker at New Planet Primary School polling station.

At another polling station in Kampala, a Wine supporter said the government's shut down of the internet was "primitive and cowardly".

"We are in a digital economy that runs on the internet and you cut it off? How will people work?" said Geoffrey Musisi, 53, an engineer.

Though Wine has the momentum of energised and aggrieved supporters behind him, Museveni remains the frontrunner to win with the well-equipped army and police behind him, analysts say.

"Every bit of the security apparatus will be on the streets. Theoretically that brings calm, but I think we know that just brings flashpoints," said a senior European Union diplomat.

There are 17.7 million registered voters. Polls close at 5pm It was not clear if polling hours would be extended due to the early delays.

The first results are expected by Saturday evening.

Wine, whose real name is Robert Kyagulanyi Ssentamu, has urged supporters to watch the count at polling stations and take photographs of result sheets and upload them to an application called U Vote.

On Tuesday, Uganda banned all social media platforms and messaging apps. Museveni apologised but said Uganda had no choice after Facebook took down some accounts that backed his party.