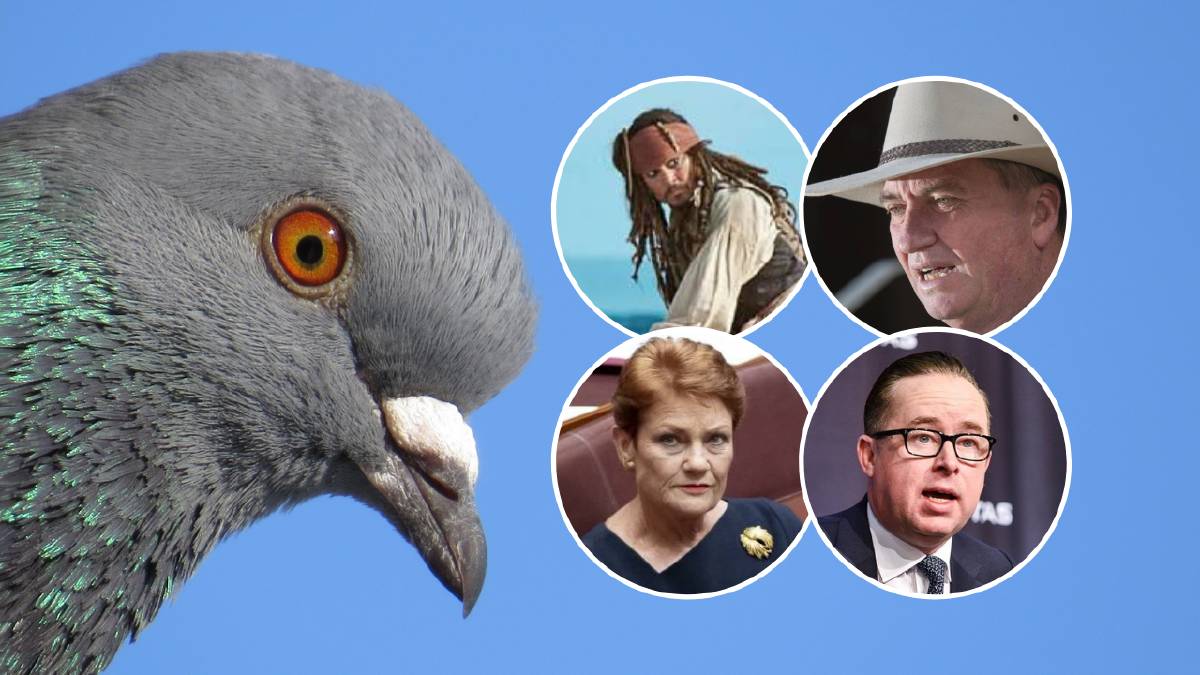 Let The Informer keep you up-to-date with what you need to know today.

Fifteen days into January and ... well, there's an old cliche that rings true: be careful what you wish for.

Today you might have been captivated by international intrigue surrounding ... a pigeon. Or maybe it was the back-end machinations of Pauline Hanson's website that did it for you? Either way, there was an air of April 1 about today. And that's a big admission, particularly after I vowed not to jump on the "wish the days away bandwagon" that was so overloaded in 2020.

Since yesterday's Informer landed, reports of a pigeon crossing the Pacific and landing in a Melbourne backyard have bobbed up across the world. Here's the BBC version, headlined: Australia to kill US pigeon that crossed Pacific.

All, as you may now know, is not as it seems. But Joe the pigeon had indeed been condemned to death row. Acting Prime Minister Michael McCormack added to his week of quotable quotes by actually saying: "If Joe has come in a way that has not met our strict biosecurity measures, then bad luck Joe. Either fly home or face the consequences."

No doubt the vision includes a shot of his tongue firmly in his cheek. Surely? Or maybe Mr McCormack was channelling another former deputy PM. Remember back in 2015 when Barnaby Joyce told Johnny Depp to take his puppers Pistol and Boo back to the US before they were killed?

Pigeon Racing Victoria and the American Racing Pigeon Union are trying to come to Joe's rescue, saying his identification tag is fake - which is about as 2021 as it can get.

"He's not a biosecurity risk or anything like that. He's just a lost bird," Lars Scott from Pigeon Racing Victoria said.

There might be more lost souls today after a man pounced on Pauline Hanson's lapsed website domain and redirected it to ... the web page for Australia's peak refugee advocacy group.

Justin Ice pounced on the domain name on Thursday night after earlier seeing it was soon due to expire. He sent traffic from the One Nation founder's site to the Refugee Council of Australia.

"I registered on their behalf as an act of social good," he told AAP.

The three eastern seaboard states failed to report any new locally transmitted COVID-19 cases today, but still with tennis players and entourages arriving for the delayed Australian Open there was still virus-related news.

Combine fake bird IDs, Pauline Hanson and the sheer lunacy of importing tennis players from parts of the world laden with a deadly virus - and that's done me in. Well, for three weeks anyway. The Informer will continue as usual with new authors and new perspectives. Stay healthy.

Did you know you can receive this daily digest by email? Sign up here

THE NEWS YOU NEED TO KNOW