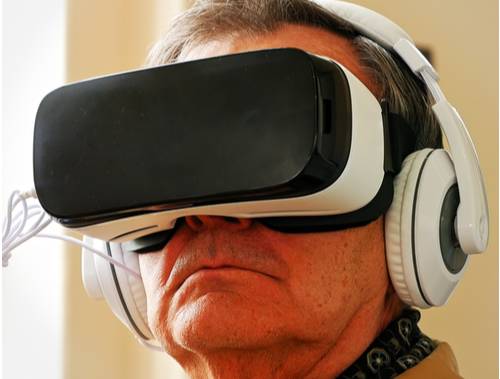 VIRTUAL reality headsets were the big ticket item for teens this Christmas. But it's not just young gamers who've been having fun with VR technology.

In Adelaide, a group of aged care residents have been using VR to help boost their mental health.

The residents at Helping Hand in Adelaide used the headsets to help recall their past adventures and positive memories as part of a study by University of South Australia (UniSA).

UniSA PhD candidate Jim Saredakis is using virtual reality to address widespread apathy in aged care homes, which speeds up cognitive decline and can affect up to 84 per cent of older residents.

"Lack of interest in life and loss of motivation are extremely common among people in aged care homes," said Saredakis says.

"Apathy contributes to a poorer quality of life and is associated with a three-fold risk of earlier death compared to those without apathy."

He said while music and art therapy are often used to motivate aged care residents, virtual reality can be used as a powerful tool for "reminiscence therapy" which allows seniors to immersive themselves in happier memories from their past.

Saredakis tailored VR experiences for 17 residents at Helping Hand, interviewing each about their life history with a focus on positive memories and then sourcing content specifically for each person.

The content was viewed through a 360-degree video on head-mounted displays, allowing residents to relive autobiographical memories of travel, favourite places, jobs, family videos and other social connections.

"It's a digital life storybook; a powerful tool which takes aged care residents away from the world they're in and into a happier time and place with no other distractions," he said, adding the feedback has been positive.

"I saw a visible change in them. The emotional responses were varied (including happy tears) but always positive."

He also said the improvements in verbal fluency - a key indicator of apathy - were marked.

The residents with higher levels of apathy recalled a lot more words immediately after the immersive sessions than beforehand, possibly activating specific regions of their brain.

"We believe that being in the immersive environment stimulates the brain areas involved in verbal fluency," Saredakis said.

"What we found was that people with high levels of apathy said more words after the experience, triggering something in their brain. It was an immediate effect and we don't know how long it lasts." 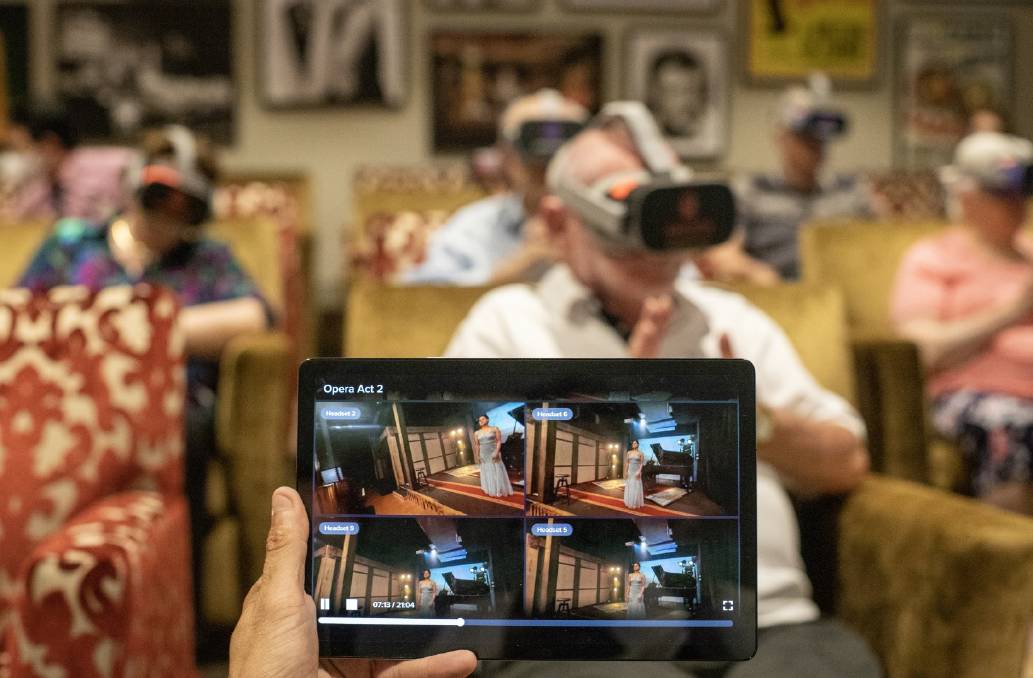 Some negative side effects of the virtual reality experience were reported, including dizziness and nausea - like motion sickness - and some eye strain. However, all participants endorsed the project and said it was their favourite activity in the home.

"The fact that residents with the highest levels of apathy showed the most improvements tells us that virtual reality could help improve the lives of older adults in residential aged care," said Saredakis.

This research is currently being expanded to directly examine apathy and compare virtual reality to traditional forms of reminiscence therapy and a usual care group.

Meanwhile, retirement village residents in Victoria were treated to an operatic experience like no other recently, as part of an Australian-first VR opera trial.

The trial, developed by VR streaming platform Inverse and the Melba Opera Trust was aimed at evaluating the therapeutic benefits of VR and opera for older people.

"The village bears the name of Australia's most famous opera icon, and there's a mountain of research showing that music can have a hugely positive impact on people living with dementia, so this was a fantastic opportunity," said Ryman Healthcare Operations Quality Manager, Joanne Wang.

She said within minutes of residents donning their headsets for the recital, starring Melba Opera Trust alumni Stacey Alleaume, Nathan Lay, Michael Petruccelli and pianist Amir Farid , the benefits were obvious for all to see.

Residents living with dementia gently moved their bodies in time to the music, while a round of applause followed each rousing aria. Soprano star Mrs Grant said the experience was "fantastic in every way".