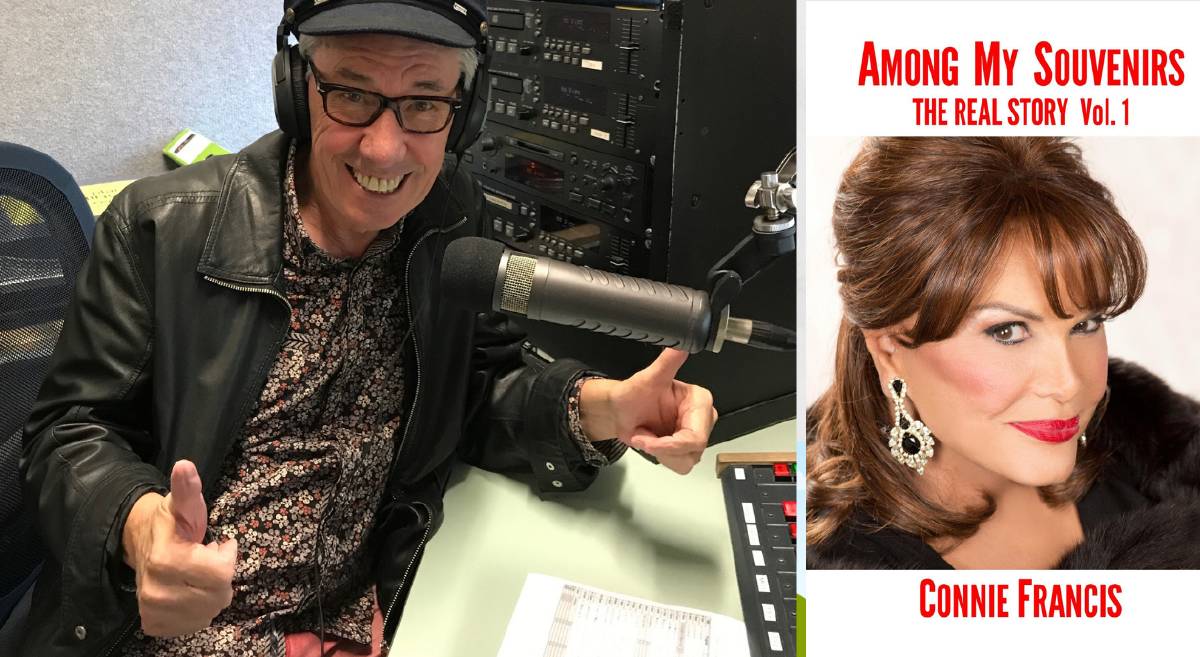 WHAT A COUP: Rob Howes says the show will have lots of chat about Connie Francis's life, all of her hits, as well as songs from the likes of Bobby Darin, Elvis Presley, Neil Sedaka, Wayne Newton and Col Joye.

Community radio station 2RRR is perhaps not the biggest broadcaster you'll tune into, but that doesn't stop its Monday night presenter Rob Howes from snapping up VIP guests.

His latest is one of the first female pop superstars, Connie Francis, who talked about her amazing 82 years in a three-part series of shows he will air this month.

"I couldn't believe it," said Rob, host of the Sydney station's POP ROCK! program. "She's like an American icon. She was the biggest female singing star in the world in the 1960s.

"I had a couple of contacts and somehow the message got through and she agreed to an interview.

"But because she lives in Miami, I made the call at four o'clock in the morning here. She was terrific. We chatted for about 45 minutes and I got enough for three shows."

By 1967, after a stop-start beginning, she was a huge singing star, with sales of 35 million records worldwide, 35 US Top 40 hits and eight number ones.

They included Everybody's Somebody's Fool, Stupid Cupid andher signature performance, Who's Sorry Now?. A cover of a 1932 song, itspent 22 weeks on the US Billboard Hot 100.

With a gift for languages, Connie also recorded versions of her songs in Italian, Spanish and German, making her immensely popular in Europe for years.

She also starred in teen romances such as Where the Boys Areand Looking for Love, though she said she never really saw herself as an actress.

Rob said of the interview: "One question I asked her was, 'Connie. I don't think I've talked to anyone whose fans are so devoted and loyal' - she has people who were fans who went on to work for her for 30 years.

"And she talked about that but later I thought of a story she told in her book Among My Souvenirs.

"She said that when she was a little girl and working on TV playing the accordion, she asked the great jazz singer Sarah Vaughan who was nearby to sign her autograph book.

"Vaughan virtually turned around and told her where to go.

"She said she learned a lesson that day never to refuse an autograph. She knows that it takes a lot of courage to ask. And that is why she is so well liked."

Rob said that in the interview, Connie didn't hold anything back: "Everything's on the table with Connie."

For example, there was her early life living in an Italian family in gritty Newark. "I said to her, 'This sounds like this script from Goodfellas!' and it was: one of her friends at 10 or 12 was Joe Pesci (who played the murderous Tommy DeVito in the film).

"She talked about the Mob, and how they tried to take over her career. Her father's brother was in the Mafia. Her brother Georgie was murdered by the Mafia."

And then there was Bobby Darin, who she fell in love with at 18. Her father chased him away with a gun. "She went on to have four marriages but the love of her life was always Bobby," Rob said.

Connie toured Australia in 1961, promoting Where the Boys Are, which was quite a vehicle for her. Also on the tour was Col Joye, who will appear on the show to talk about it.

"So the broadcast will have lots of chat but also a lot of music, not just all the Connie hits but songs from Col and hits from Connie's contemporaries Bobby Darin, Elvis Presley, Neil Sedaka, Wayne Newton and others".`

Shockingly, tragedy befell Connie in 1974, when after she appeared in a show, an intruder snuck into her hotel room on Long Island, robbed, beat and raped her.

"Afterwards she had a lot of mental issues," Rob said. "She was off the stage for seven years. She had an addiction to pills. She was admitted to an institution by her father. She called that period her '3000 nights' when she wasn't on stage."

Rod said her father dominated her life. Early on, he hoped she would open a piano accordion school but as her singing career took off, he became the ultimate stage father. "It was a love-hate relationship. He was very protective," Rob said.

But he was the one who pushed her to record Who's Sorry Now, which Connie didn't like but which eventually became a monster hit.

After her ordeals, Connie made a comeback in the '80s, drawing a new legion of fans as she re-emerged as more of a Julie Garland/cabaret-type performer.

And a fine one. Rob tells about the time she made Elvis Presley cry.

"He had come to see her in Las Vegas not long after his mother died. One of her big hits was a song called Mama. When she began to sing it, Elvis got up and left. It was too much for him; he was in tears. The next day he sent Connie a dozen yellow roses apologising and telling her why.

"She's got so many good stories."

Rob said he asked her what she would advise her 15-year-old self, if she could.

"She said she would tell her to pay as much attention to her personal life as she does to her career. She said words to the effect that 'I paid more attention to a Las Vegas show as I did to a marriage'. She said she probably wouldn't have got married at all - except to Bobby."

Previous guests on Rob's show have included Bobby Elliott from The Hollies, John Steel from The Animals, Peggy Santiglia, from The Angels (My Boyfriend's Back), who went to high school as Connie, and Dean Torrence, from Jan and Dean.

People outside the Ryde/Hunters Hill of Sydney area can stream broadcasts live via www.2rrr.org.au/listen-live. Shows will be available as a podcast a week later; visit 2rrr.org.au/guide or Mixcloud.