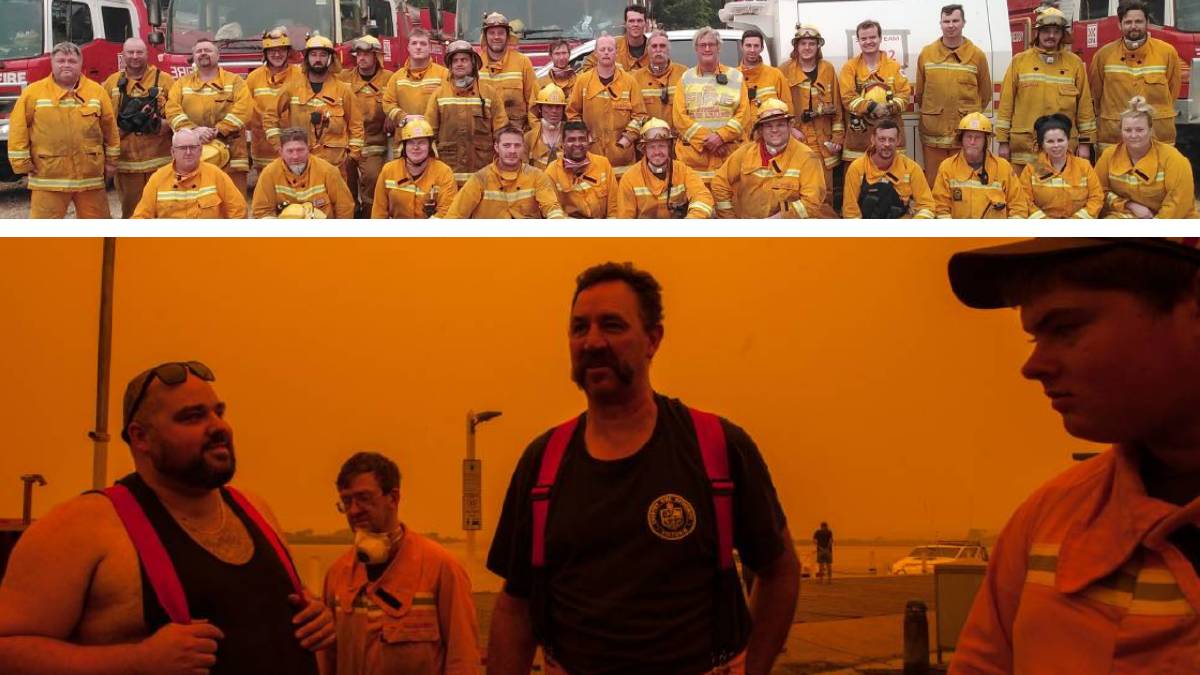 Pictured above a scene from the 2019 fires in Mallacoota is Strike team 1392 from CFA region 13 in Victoria. Photo: supplied

They're returning to the red zone to forge new, more positive memories.

Firefighters who defended Mallacoota in the face of last summer's firestorm are returning 12 months on.

And it's for good. Firies wanting to return to the devastated town see the visit as an opportunity for healing.

Residents of the far north-east Victorian town have responded overwhelmingly to a social media post seeking accommodation for members of the Country Fire Authority (CFA) strike team who risked their lives battling the devastating blaze on New Year's Eve 2019.

"There are 12 or 15 people that want to come back - we have been given 30 offers of beds so far including houses, campervans, caravans and camping sites.

"There are quite a few people wanting to meet us, it's going to be just what the crew members needed, I'm really looking forward to it."

CFA volunteer Ross Johnson was on the ground at the fire front on New Year's Eve 2019, and the following four days, responsible for guiding 30 firefighters in six tankers.

The volunteer strike team, usually based in the Yarra Valley across nine or 10 brigades, was sent to Cann River from Bruthen on December 29, after being alerted to a Code 1, a time critical case with lights and sirens. 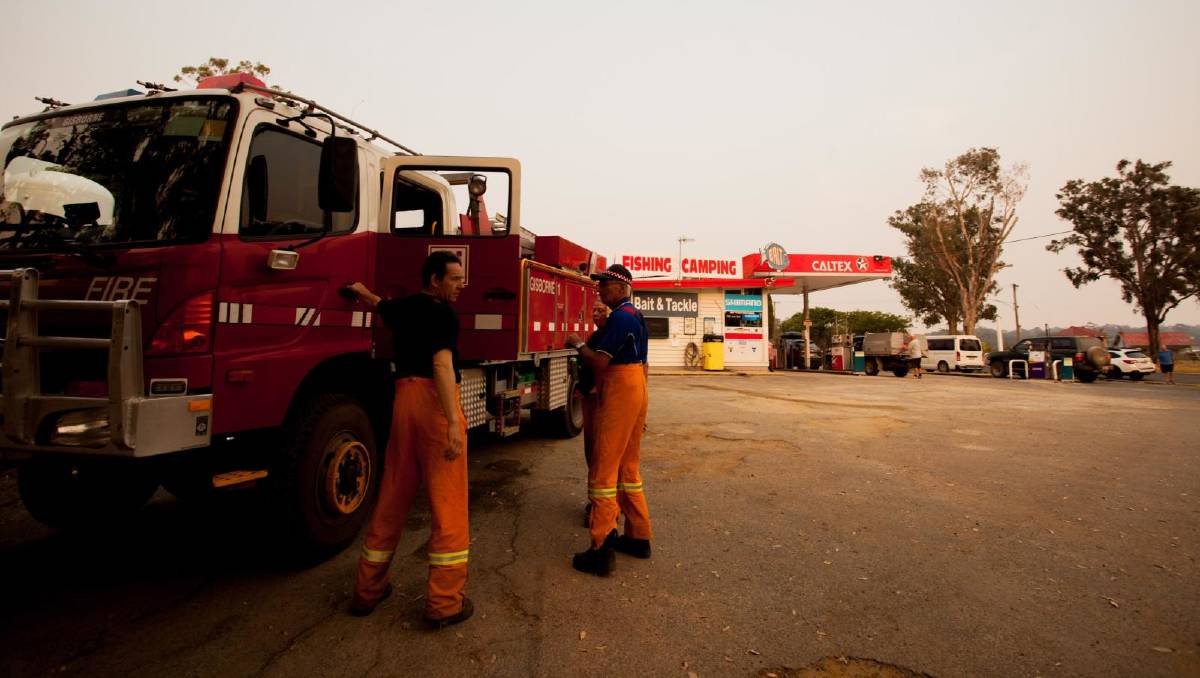 Mr Johnson said while en route the team received a report a lightning strike 50km west of Mallacoota had started an unknown fire and the team was redeployed.

"We got into town with three strike teams when we thought there would be 10, but we were told nobody else would be coming," he said.

"Looking at the fuel load over the road from the fire station, I knew it would potentially make a catastrophic fire, there was roughly 30 tonnes to the hectare.

"When the fire hit at 7.55am the next morning, we drove through the front to get to the station.

"I knew what was coming, the fire was 90 feet tall when it crossed the road," Mr Johnson said.

Mr Johnson said the crews risked their lives at the fire station, protecting 12 or 14 people taking refuge inside, including civilians and a fireman's children.

The medical centre directly behind the fire station was housing people who couldn't be evacuated due to health conditions.

A fire also started within the fire station, which the crew inside the building extinguished.

"We were in Mallacoota for three or four nights, it was a hell of a mess, all our gear was back at base camp at Bruthen.

"We slept on yoga mats on the floor of the school, there were about 90 people in two classrooms, we didn't even have a change of clothes. 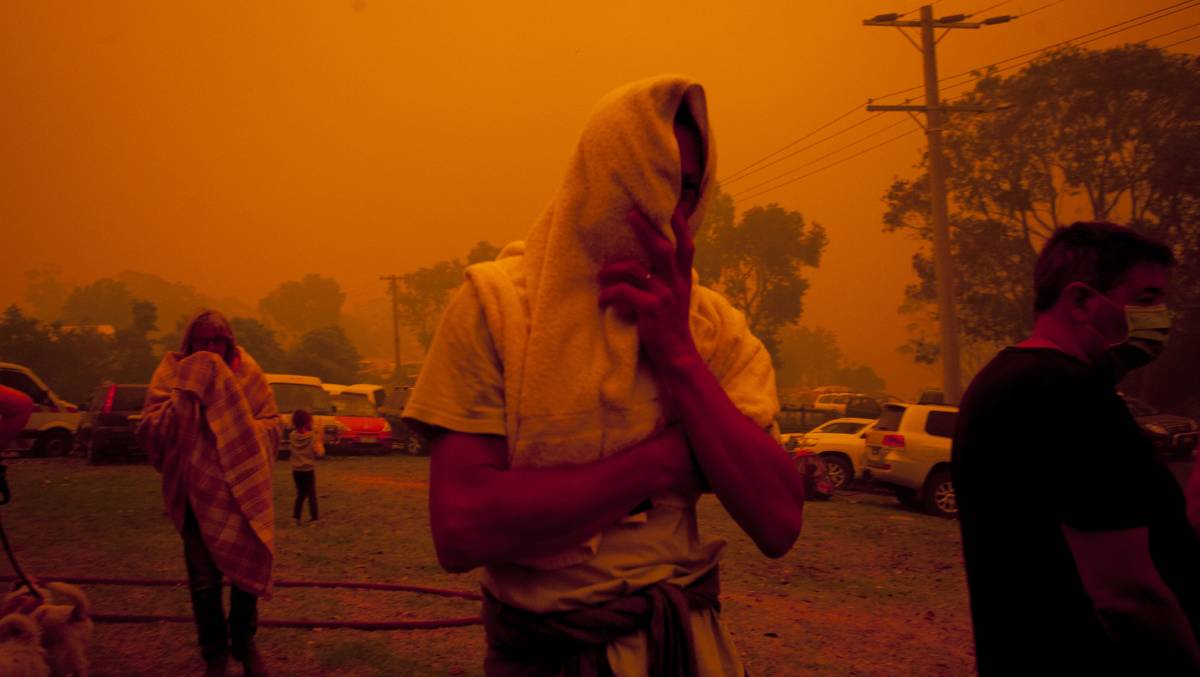 Mallacoota was devastated by the NYE firestorm. Photo: Rachel Mounsey

"The support we received from the community cannot be understated. Even on the main day of the fire, four people from the pub had just had their houses burn down... and they still cooked us meals, wouldn't even let us take our plates to the kitchen," Mr Johnson said.

Now, almost 12 months on, strike team crew members are returning to Mallacoota for New Year's Eve, seeking to see the town in a new light and create different memories.

"All we saw when we were there was like a bomb site - gas cylinders exploding, everything was on fire and burning down, all we saw was wreckage and destruction," Mr Johnson said.

"There was so much smoke and debris in the air, we couldn't see very far.

"After we put out the trees on the main road to try and prevent it from being closed, they put us straight in a helicopter and flew us out of there. 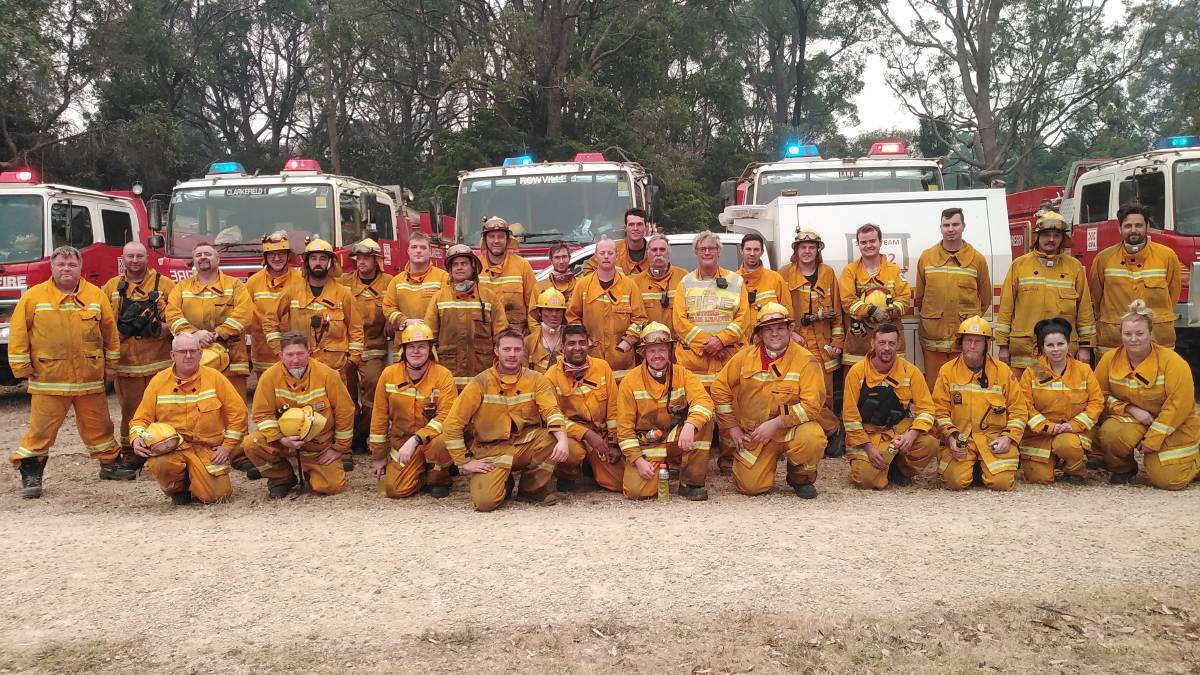 Strike team 1392 from CFA region 13 in Victoria, one of three strike teams on the fire ground In Mallacoota when the catastrophic bushfire destroyed 150 homes in what has been dubbed Black Summer. Photo: supplied

"You know there are good parts of Mallacoota, but you don't see it in your minds eye after living through that.

"The emotional toll on the crews is large, we had a lot of people who needed support from our peer group.

"They put themselves at risk in order to protect other people's lives. A fire this big you can't fight, you have to try and deflect the fire from the immediate area.

"I went back to Mallacoota in February to do an interview, people were breaking down crying when they saw us.

"When you look broadly at an extremely complicated statewide response of a huge number of people willing to give up their time for others they don't know and go to a town's defence that they have never been to, the state is very lucky to have the CFA and all its volunteers.

"Without the many truly heroic people - not just the CFA - the forestry workers, police, ambulance and others, the joint would have burnt down, it was really touch and go.

"The local captain Rod Lewis was absolutely pivotal in saving the town because of all the pre-planning... he should never have to buy another beer for the rest of his life," he said.

The story Firies head back to Mallacoota on a healing mission first appeared on Magnet.