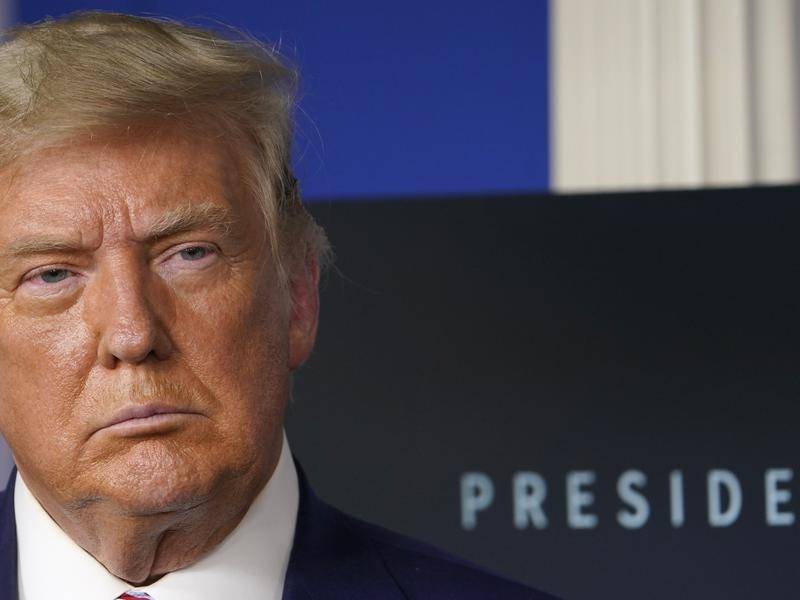 Donald Trump has again attacked the Paris climate accord, saying it was designed to cripple the US.

US President Donald Trump has told world leaders at the G20 summit that the Paris climate accord was designed to cripple the American economy, not to save the...

US President Donald Trump has told world leaders at the G20 summit that the Paris climate accord was designed to cripple the American economy, not to save the planet.

His comments came in a video statement from the White House to the G20 meeting being hosted by Saudi Arabia.

Trump was making what is likely to be his final appearance at an international summit after losing the US presidential election to Joe Biden.

President-elect Biden, who takes office in January, has said he will rejoin the global pact that the US helped forge five years ago.

Trump contended the international accord was "not designed to save the environment - it was designed to kill the American economy".

Mr Trump, who has worked to undo most of Barack Obama's efforts to fight climate change, said since withdrawing from the climate agreement the US has reduced carbon emissions more than any nation.

More than 180 nations have ratified the accord, which aims to keep the increase in average temperatures worldwide "well below" 2C and ideally no more than 1.5C compared with pre-industrial levels.

Scientists say any rise beyond 2C could have a devastating impact on large parts of the world, raising sea levels, stoking tropical storms and worsening droughts and floods.

The US formally exited the Paris pact on November 4.

During the discussions at the climate session, President Xi Jinping of China, the world's largest emitter, said the G20 should continue to take the lead in tackling climate change and push for the full implementation of the Paris accord.

"Not long ago, I announced China's initiative to scale up its nationally determined contributions and strive to peak carbon dioxide emissions by 2030 and achieve carbon neutrality by 2060," he said.

"China will honour its commitment and see the implementation through."

India's prime minister, Narendra Modi, said "climate change must be fought not in silos but in an integrated, comprehensive and holistic way".