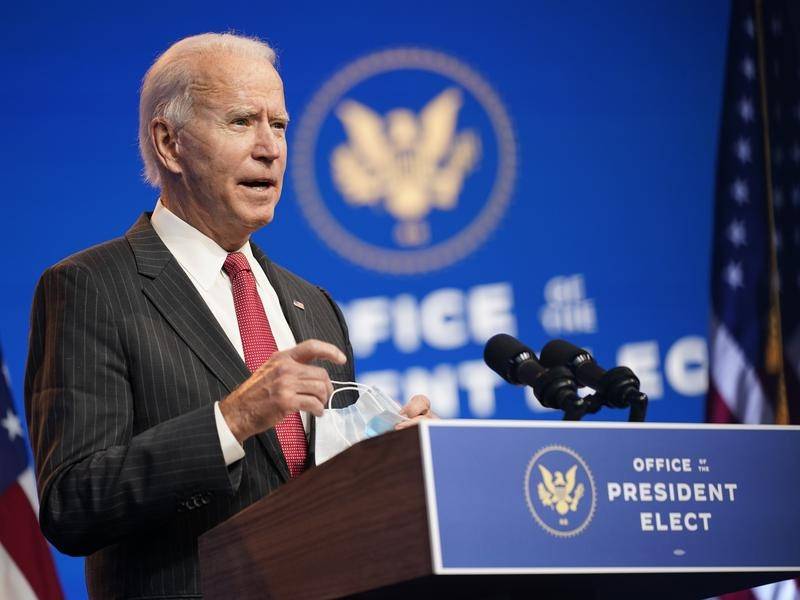 US President-elect Joe Biden will announce his first Cabinet picks on Tuesday.

US President-elect Joe Biden is moving forward on his campaign pledge to restore America as a leader on the global stage, tapping veteran diplomats for key po...

US President-elect Joe Biden is moving forward on his campaign pledge to restore America as a leader on the global stage, tapping veteran diplomats for key posts even as President Donald Trump continues to refuse to concede.

Biden will name Antony Blinken as secretary of state and Linda Thomas-Greenfield as ambassador to the UN, bringing deep foreign-policy backgrounds to the nascent administration while providing a sharp contrast with Trump, who distrusted such experience and embraced an "America First" policy that strained longstanding US relationships.

During the campaign, Biden severely criticised Trump's go-it-alone foreign policy and pledged to recommit to NATO and other global pacts, while promising to draw on experts to fight the COVID crisis and other problems at home. He has promised to rejoin the Paris Climate Accord and the World Health Organisation and potentially the Iran nuclear deal.

"America First has made America alone," Biden said in a town-hall meeting in October.

Blinken is a longtime Biden confidant who served as No. 2 at the State Department and as deputy national security adviser in President Barack Obama's administration, in which Biden served as vice president.

Thomas-Greenfield, a black woman who served as the assistant secretary of state for Africa under Obama, was intended to restore morale and help fulfill Biden's pledge to choose a diverse cabinet, Axios reported.

Sullivan served as Biden's national security adviser during the Obama administration and also as deputy chief of staff to Secretary of State Hillary Clinton.

Since Biden was declared the winner of the November 3 election two weeks ago, the Republican president has launched a barrage of lawsuits and mounted a pressure campaign to try to prevent state officials from certifying their vote totals, suffering another emphatic legal setback on Saturday in Pennsylvania.

Meanwhile Trump's campaign issued a statement on Sunday distancing itself from Sidney Powell, a lawyer who made baseless allegations of a vast vote-rigging conspiracy at a news conference on Thursday.

"Sidney Powell is practising law on her own," lawyers Rudy Giuliani and Jenna Ellis said in the statement. "She is not a member of the Trump Legal Team. She is also not a lawyer for the President in his personal capacity."

Both Giuliani and Ellis had attended the Thursday news conference alongside Powell.

Some of Trump's fellow Republicans are now breaking ranks, although many, including the most senior ones in Congress, have not.

Republican Senator Lisa Murkowski tweeted on Sunday that "it is time to begin the full and formal transition process," noting the courts had thus far found Trump's legal claims without merit and that the pressure campaign on state legislators "is not only unprecedented but inconsistent with our democratic process."