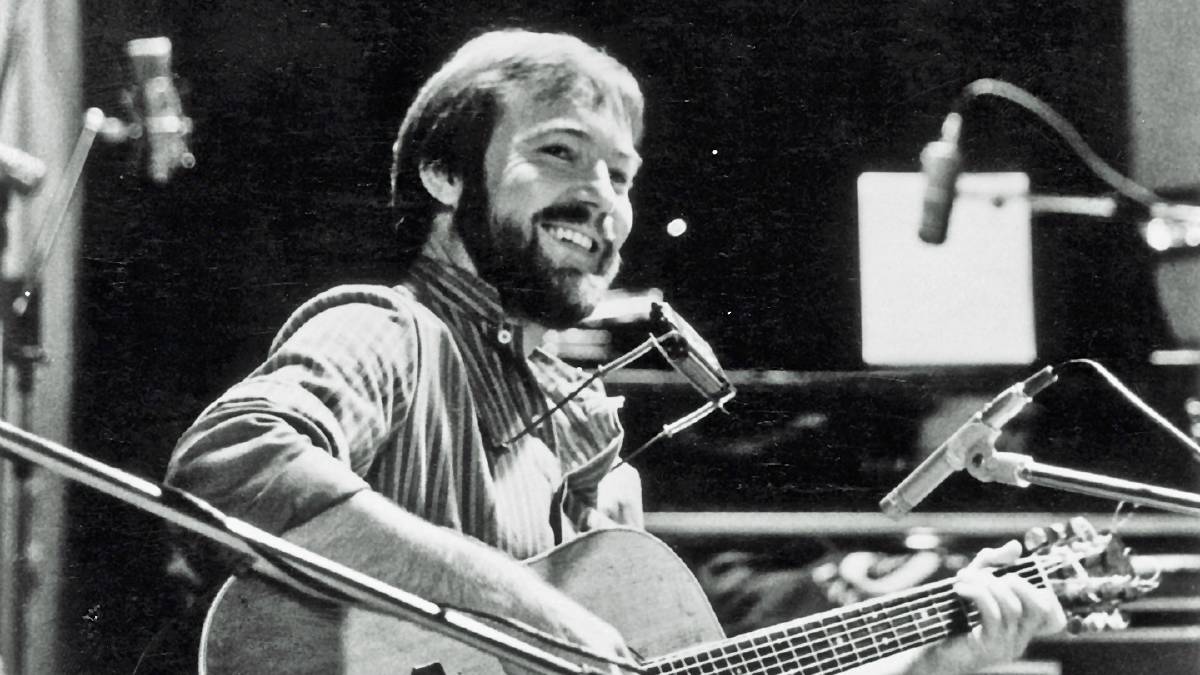 John Williamson's True Blue has been added to the National Film and Sound Archive's Sounds of Australia registry. Picture: Supplied

The John Williamson classic True Blue is among the 10 new entries to the National Film and Sound Archive's Sounds of Australia register.

The John Williamson classic True Blue is among the 10 new entries to the National Film and Sound Archive's Sounds of Australia register.

Each year the NFSA recognises 10 sound recordings for their defining impact on Australian culture and history by including them in the registry.

Established in 2007, the collection of more than 150 recordings consist of popular songs, advertising jingles, famous speeches, radio broadcasts, or other sound recordings.

"We could have picked any number of John Williamson songs that have resonated with people over the years, but True Blue, it's stayed with people," curator Thorsten Kaeding said.

"It's one of those songs that's been used so extensively because it's just stayed with people. It resonates with people as something which for a lot of people sums up what it means to be Australian.

"The lyrics are very much about trying to explain what it is to be Australian and in Australia. And the success of the song and the fact that it keeps being reused demonstrates that it's managed to do exactly that for a lot of people."

The addition of Williamson's classic comes as the country singer celebrates 50 years of touring, and just days after he released a lyric video for the song featuring fan photos that depict what True Blue means to them.

"I am uplifted by the news that True Blue has been inducted into the Sounds of Australia," Williamson said.

"I'm celebrating 50 years of touring and recording in 2020, so while it's been disappointing having to postpone my anniversary plans due to COVID, I am honoured and thankful for this recognition from the NFSA.

"True Blue, I wrote long after Old Man Emu, but True Blue has been my calling card and I really have to thank John Singleton for asking me to write it for him, for his TV show [True Blue Aussies] that he had for a period.

"I've written 500 songs but True Blue will be the one people will remember me for."

Joining Williamson's 1986 version of True Blue (rather than the less popular 1982 recording), Silverchair's Tomorrow and the Masters Apprentices' Because I Love You. Also inducted are the 1972 Gough Whitlam election campaign jingle It's Time by Alison MacCallum, the 1956 Melbourne Olympics record, and didgeridoo songs from Arnhem Land.

Martin/Molloy, a radio program hosted by comedians Tony Martin and Mick Molloy, was also added to the registry. The program, which ran from 1995 to 1998 inspired an entire generation of drivetime radio comedy-talk shows. The format had previously been reserved for the breakfast timeslot, but now remains the backbone of the major commercial FM networks in Australia.

The addition comes after Mr Martin had donated his original recordings of the show to the archive in 2013 so that they could be digitised for generations to come.

"Not only have the NFSA finally completed the mammoth task of digitising the Martin/Molloy archives, now they've gone and inducted us into their Sounds of Australia," Mr Martin said.

"As fans of our show would recall, some of those sounds were rather rude, but as a massive radio nerd - and a New Zealander - this is a huge honour."

For the full Sounds of Australia list from over the years or to make a nomination for next year go to nfsa.gov.au.

The 2020 additions to Sounds of Australia