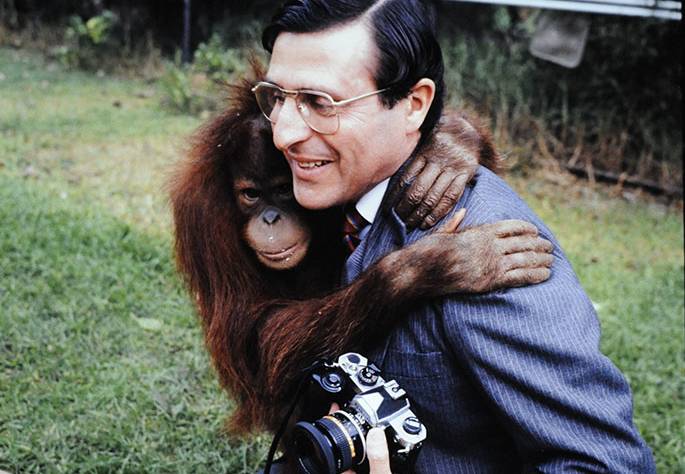 BEST MATES: Photographer John Casamento, whose latest book called Never Work With Animals or Children, gets hugged by an orang-utan during a shoot.

In 52 years of working as a press photographer, John Casamento has just about seen it all.

"I recall reading that the Chinese philosopher Confucius once said 'Choose a job that you like and you'll never have to work a day in your life'," John said. "I have a confession to make: I've been very, very lazy!

"I was 16 when I got into photography. In my last year of school I wrote to all the papers but couldn't land a position as a cadet photographer.

"But after a few months I got a position at the Herald and Weekly Times as a darkroom messenger boy. I used to take photos in my spare time, some of which were published in The Sun. 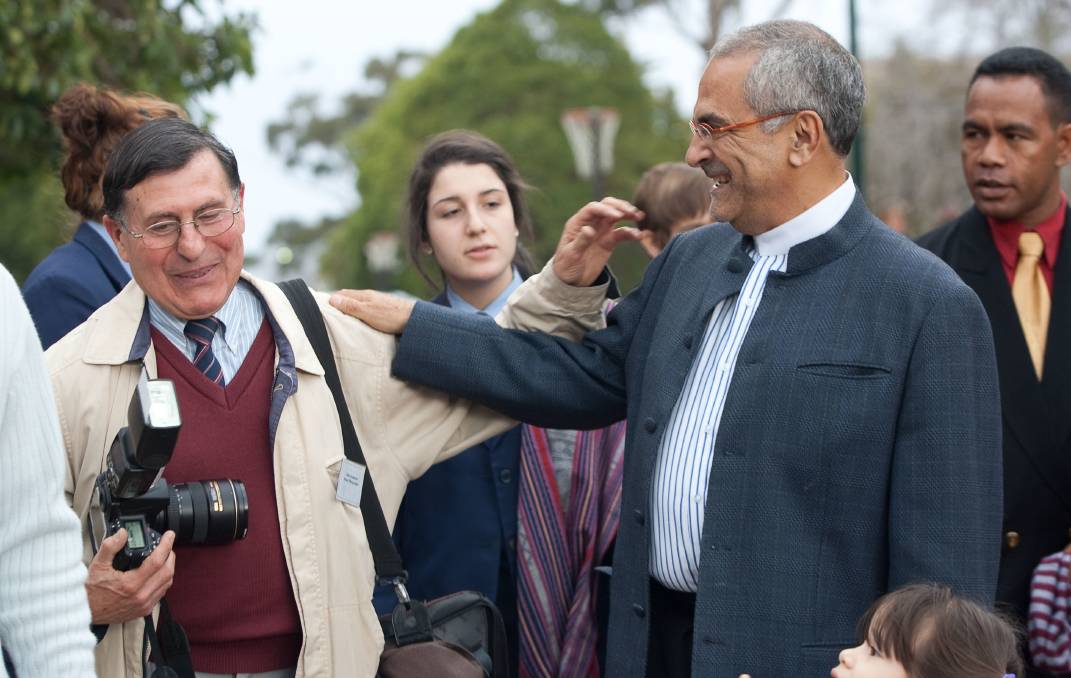 ON THE JOB: John Casamento with then President of East Timor, Jose Ramos Horta.

"Nine months later they made me a cadet. I went on the road and stayed for the next 36 years.

"I loved it... every day was a new day. Most of my work was in and around metropolitan Melbourne, some in the country and there were about half a dozen overseas trips."

One gig that took him abroad was when he was working with the Pope's entourage when the Pontiff toured Australia and five other countries in 1986.

Even though John feels a whole lot more comfortable behind the camera, he's had a number of photos taken by other photographers of himself alongside some very famous people.

There's an old photographer's maxim that says "never work with animals or children". 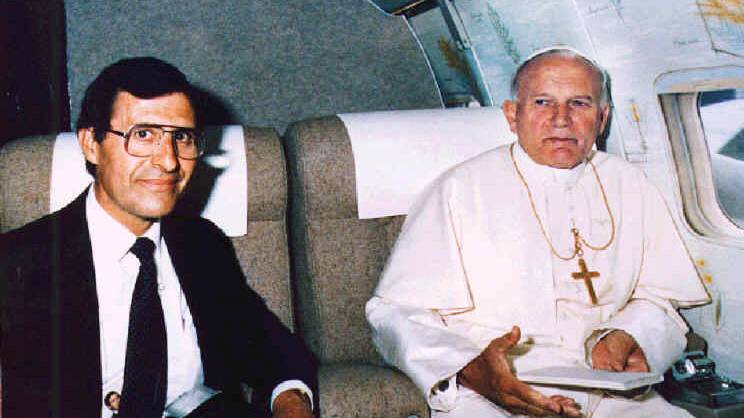 FRIENDS IN HIGH PLACES: John was part of the Pope John Paul II's entourage when the Pontiff toured Australia and five other countries in 1986.

John spent 50 years ignoring it and his latest project is a collection of some of his most interesting photographs from assignments over the years involving animals and children.

His book Never Work With Animals or Children was published to raise funds for research into heart surgery, specifically the Fontan procedure, an operation performed in children whose heart has only one main pumping chamber or ventricle.

This is something that has directly impacted John's family.

"My grandson Noah was born with half a heart and has worn a pacemaker most of his life. He had his first operation when he was six months old and another one at four years old. 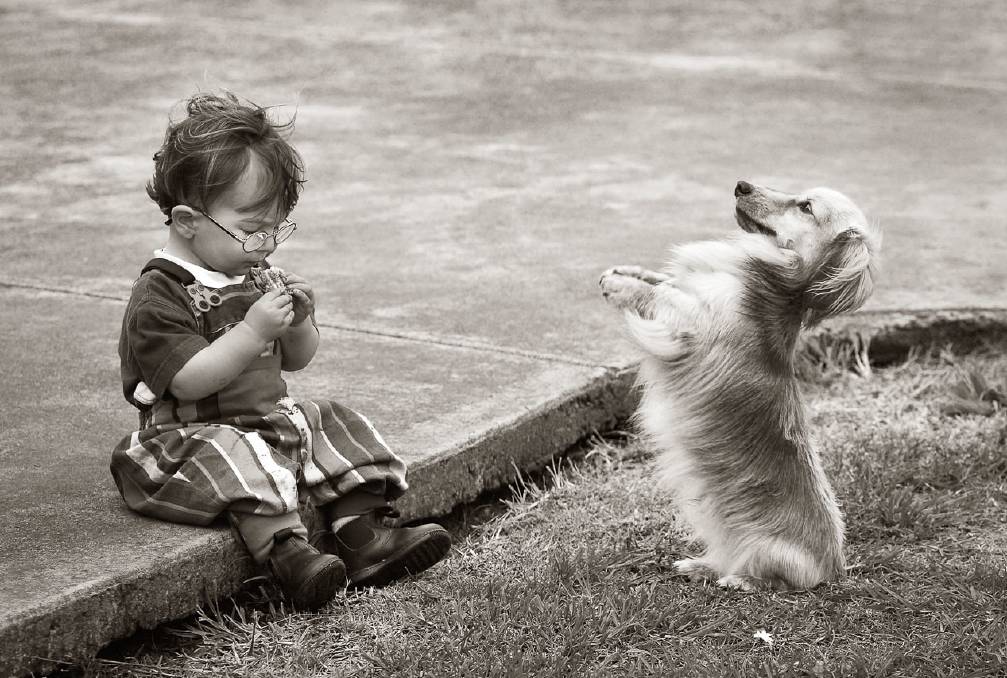 HEARTWARMING: John's grandson Noah, whose condition inspired him to raise funds for research into specialist heart surgery, pictured with his dog Sprocket.

"Noah turned 19 a few weeks ago. He's still an outpatient at Royal Melbourne Hospital, and he's the inspiration for this book.

"Funds raised from sales are donated to the Australia New Zealand Fontan Registry.

"It costs $200,000 a year to keep monitoring people who have the procedure as a child, well into their adult life."