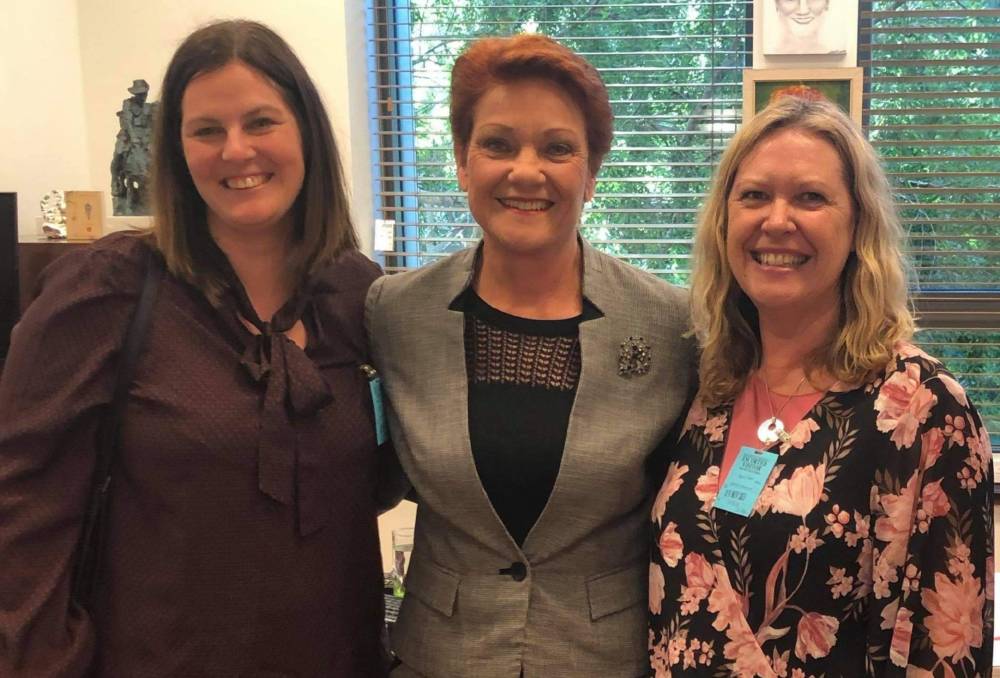 The federal government's plans to pass legislation for a nuclear waste dump at Kimba are under threat after One Nation Senator Pauline Hanson today revealed she would not support the proposal.

The federal government's plans to pass legislation for a nuclear waste dump at Kimba in South Australia are under threat after One Nation Senator Pauline Hanson revealed she would not support the proposal.

It comes after Senator Hansen met with members of the No Radioactive Waste On Agricultural Land in Kimba or SA Committee and Barngarla Determination Aboriginal Corporation in Canberra earlier this week.

"My concerns relate to the health and safety risks associated with storing nuclear waste above ground, in a location that is prime agricultural land and is nearby to residential area," she said.

"I believe the government should instead search for a permanent underground site for the waste. It has not properly investigated all proposed sites, including at Leonora in West Australia."

Senator Hanson said South Australian residents had not 'had a genuine say' on the proposal, and that wider consultation beyond the Kimba community was required.

"A ballot in November 2019 gave 800 local people a vote on the issue, but wider consultation is needed as the proposed dump will affect the entire state," she said.

In a big blow for the Morrison Liberal Government, Senator Hanson's One Nation joins Labor, the Greens and Independent Senator Rex Patrick in opposing the federal government's proposal.

The potential of the government's changes to the Nuclear Radioactive Waste Management Act to remove the right of judicial review has been regularly cited by those opposed to the facility as a major issue. Senator Hanson echoed those sentiments, saying it would override state legislation that prohibits the building of such facilities or the transportation of radioactive waste in South Australia.

"It would also remove the rights of the indigenous Barngala people, whose native title area comes within 5km of the site," she said.

In response, Federal Resources Minister Keith PItt encouraged Senator Hanson and One Nation to 'speak to the Kimba council and the landowner directly to ensure she's heard all sides of the matter'.

Mr Pitt also played down Senator Hanson's concerns that the facility would impact on agriculture.

"Firstly, the land where this facility to be sited is of marginal agricultural value, we are talking about 160 hectares out of 8.14 million hectares of agricultural land in South Australia," Minister Pitt said.

"Secondly, we know that internationally, radioactive waste management facilities have existed side-by-side in agricultural communities for decades with no negative impact."

In regards to locating the site at Leonara, Western Australia, Mr Pitt said the proponent of the site had "not provided any evidence of broad community support for consultation nor provided relevant information to support any nomination".

Legislation for the nuclear dump is expected to be heard in the upper house before the end of the year, however a timeframe is yet to be decided by the Senate.