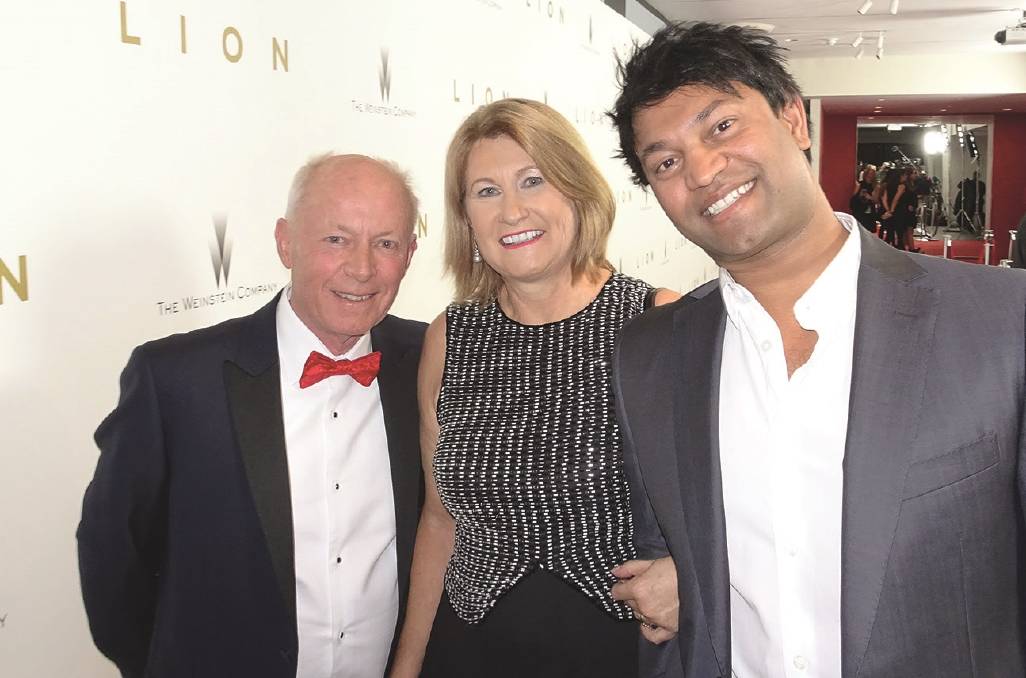 John and Sue Brierley with their adopted son Saroo, who became famous when his memoir was made into the film Lion. Photograph: Penguin Random House

'Lioness' Sue Brierley shares her untold story, from a traumatic childhood and adopting two boys from India, to being played by Nicole Kidman in Lion.

SUE Brierley was 12, crying on the back porch of her family's run-down home in remote north-west Tasmania, when through her tears she had a vision of a child.

The middle daughter of Polish and Hungarian World War II refugees, Sue grew up in the shadow of her alcoholic father whose dodgy deals left her family destitute and Sue desperate for a better life for her own family.

And in her memoir, Lioness, the now 66-year-old who lives in Hobart, describes the moment she found hope.

"The child had brown skin and a glowing face and was coming straight towards me...Beautiful dark eyes looked at me with love and happiness. Was I seeing my future? I decided I had, in fact, seen that something wonderful would come out of my life."

Little did she know then this vision was in fact her future, one which which would see Sue's perseverance pushed to the limit as she, together with her husband John, adopted two boys from India - Saroo in 1987 and Mantosh four years later. 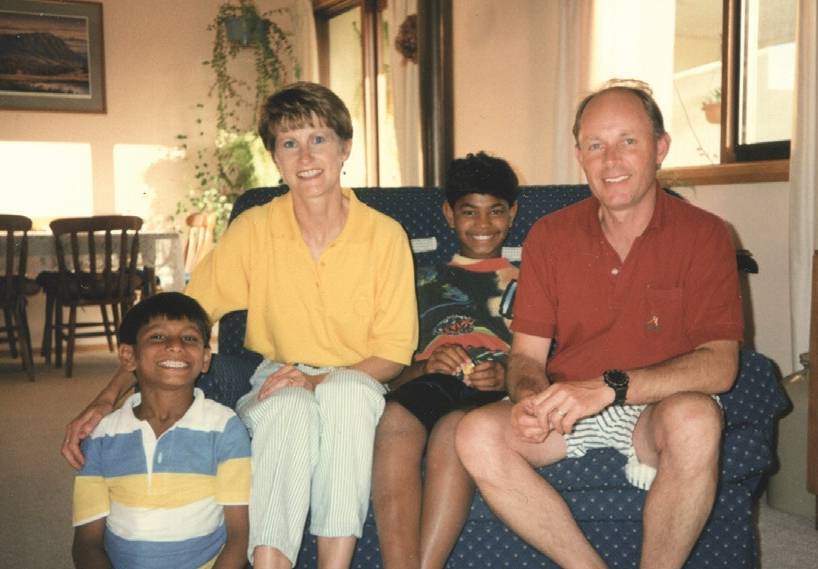 A NEW HOME: (from left) Mantosh, Sue, Saroo and John Brierley at home in Tasmania in the early 90s.

"I like to think that my vision was a sign, giving me direction for my future and also giving me a light at the end of a dark period," Sue said.

Perhaps more surprising for 12-year-old Sue would be what happened next. How the story of Saroo tracking down the biological family he became separated from as a five-year-old was turned into the Oscar-winning film Lion.

Or that Hollywood star Nicole Kidman, who played Sue in the movie and also has two adopted children, would become a close friend, supporting her through the process of writing her memoir.

"She thought it was funny that I wanted her to play me," said Sue. "We chuckled about that. I said, 'well who else would I pick?'. And she said, 'well no-one, because I'm the perfect one'." 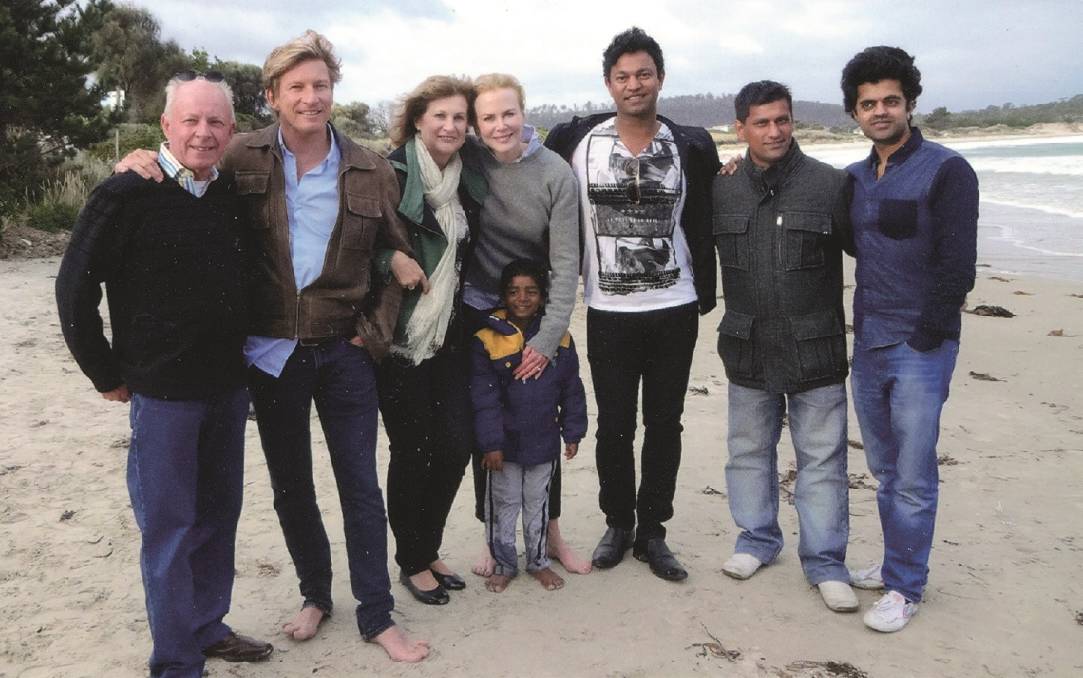 FAMILY TIES: The Brierleys with some of the cast of Lion. From left John Brierley, David Wenham, Sue Brierley, Nicole Kidman, Saroo and Mantosh Brierley and Divian Ladwa on location for Lion in Tasmania.

It was Saroo, 39, whose own memoir A Long Way Home was turned into the film, who urged his mother pen her own. "He felt it was important to fill in the back-end of the story," she said.

Contrary to what people think, she said the process of writing the book, which starts from her birth in Burnie Hospital to walking the red carpet at the Oscars, was more traumatic than cathartic. "I virtually re-ran my entire life during that three-year writing period."

From Sue's impoverished childhood to falling in love with John Brierley and how they made a choice to adopt rather than have biological children Lioness explores the bureaucracy, difficulties and triumphs of overseas adoption including their rocky journey adopting their second son Mantosh and how his traumatic background affected his ability to integrate into the family. 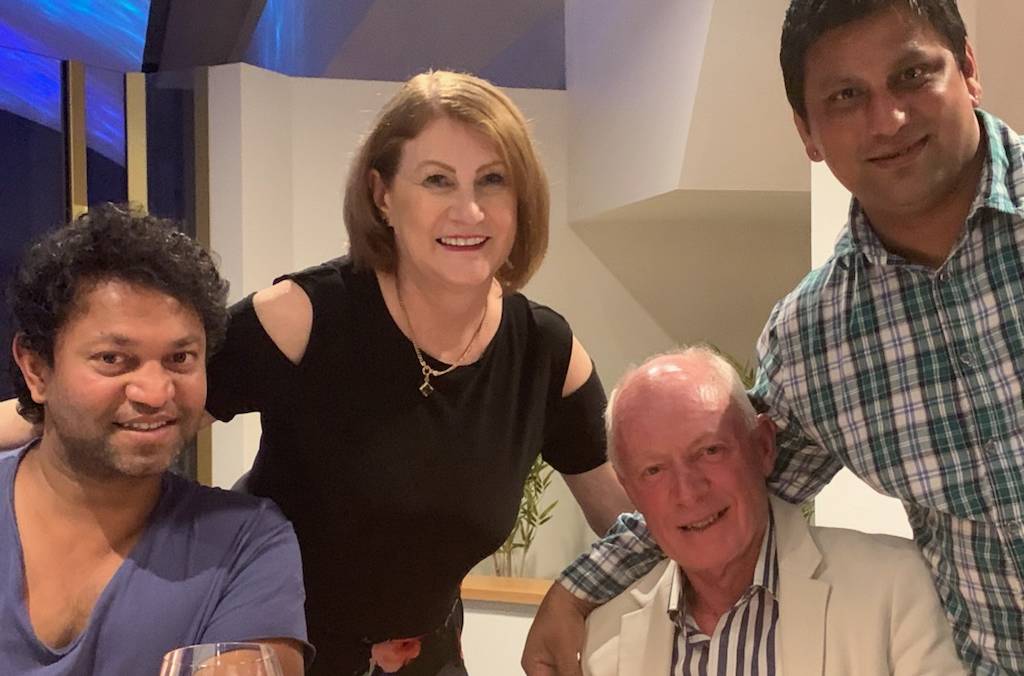 "Throughout my years people would always ask me about Mantosh - they were deeply affected by his portrayal in the film, which left his future in a very dark place. That was a challenging thing to put out there and also to write about."

Since the film, Sue said, life has improved for Mantosh - now 38 - and he is working in the family business.

"I know that when he read my book he was so overcome. He apologised to me, can you believe, for the hardship he caused. And for me it showed him and his humanity at a higher level than I ever thought possible because of his past. And I take that as a sign of success as a mother."

Similarly Nicole helped Sue and John navigate the Hollywood circus. "The movie world is a very strange one," she said. "Nicole showed me what to do on the red carpet. We were very green. It was very difficult for us as a family to know what to do." 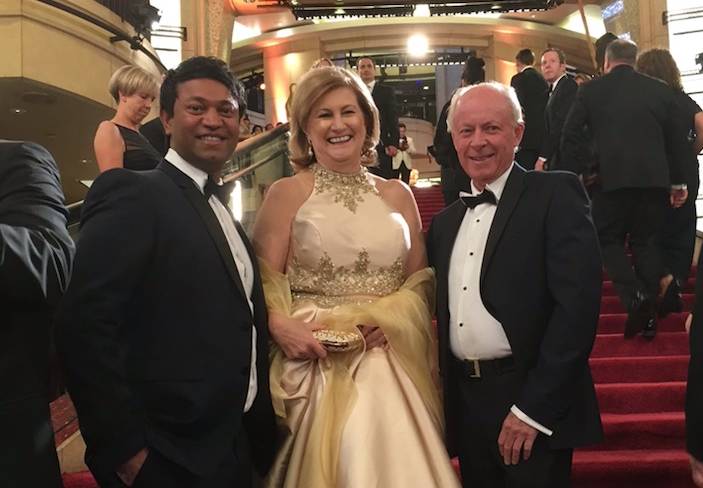 RED CARPET: Saroo, Sue and John Brierley at The Oscars.

But thanks to Nicole, she felt empowered. "I feel I came over as someone of value and not just as this quiet, wimpy broken girl from the country. I came through as a woman with power through the process."

While Sue said there was some creative licence taken, she is still glad the film was made.

"The only thing I feel was negative is the assumption that we are all squillionaires now because of the film. That wasn't the case. We're still running our business, running our life. Saroo is still dependent on his speaking career. It didn't make us millionaires."

One of the pivotal moments in the book is when Sue describes how Saroo told her he had discovered his biological family in India, after three years of searching for his village on Google Earth.

"This was one of the happiest moments of my life to realise that it was actually possible Saroo had solved the mystery of where he had come from," she writes in the book.

"I prayed now that Saroo would find peace by discovering more about his family, and that this grief-stricken mother would be reunited with her long-lost son." 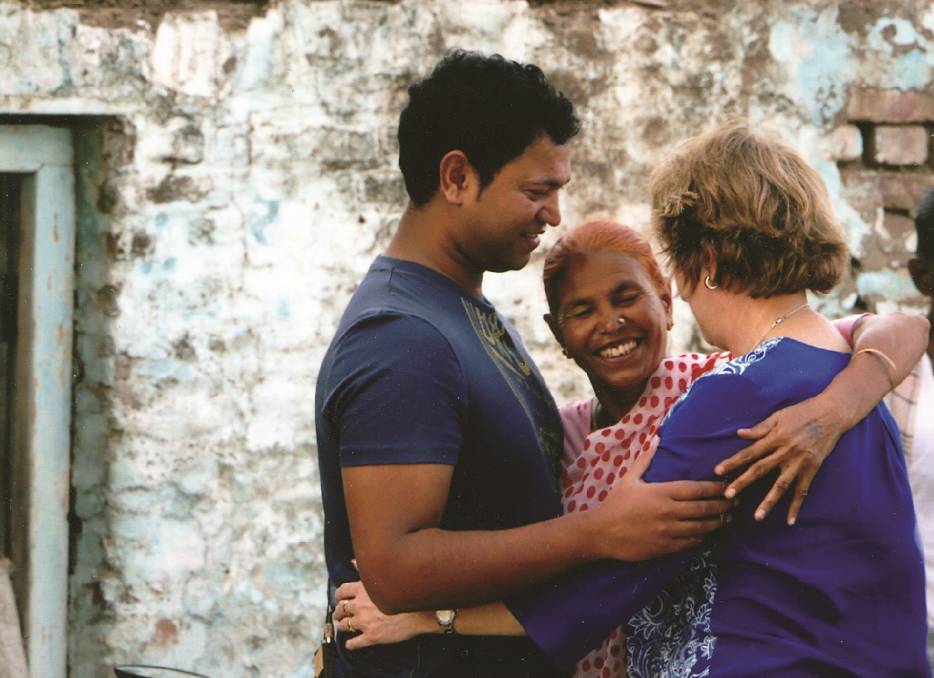 Saroo took Sue to meet his biological mother Fatima in India in 2013.

She also writes about when she travelled with Saroo to Khandwa in India in 2013 to meet his birth mother Fatima for the first time, with the 60 Minutes TV crew. While there she also visited the train station where Saroo became separated from his older brother, Guddu.

She said going to India was like a rite of passage. "I've never had any desire to visit Hungary or Poland which is quite bizarre, but I feel I had a connection with India for some unknown reason.

"I'd been so connected with India. I had studied extensively and put so many hours, days, months into almost being Indian that it's almost like a past life of mine."

Even as a young girl, on that back porch, Sue was always thinking about the world outside Tasmania.

"I think a lot about our world. I always have done, from when I was young. That became a very important part of my life, and the choices I made, and I've never wavered from that," she said.

"It really hurts me that there are so many women that are struggling to even feed their children. And that's never waned for me. That was confirmed when I went to meet Fatima for that first time and I saw with my own eyes what was going on there. It certainly wakes your heart and soul up to know that that's happening there."

Sue also hopes the book will highlight the positive impacts adoption can have on families and children. "Our experience happened a few years ago, and now adoption is more of a difficult thing to achieve in Australia, and I'm quite disappointed about that.

"In my earlier years I campaigned and worked hard to promote overseas adoption programs because I thought that was the right thing to do. Adoption gives you a different, quite interesting life and really does connect you to the rest of the world."

"Hopefully the book, like the film, will get people to consider how we populate and look after each other, and make women consider their sisters in other countries that are struggling."