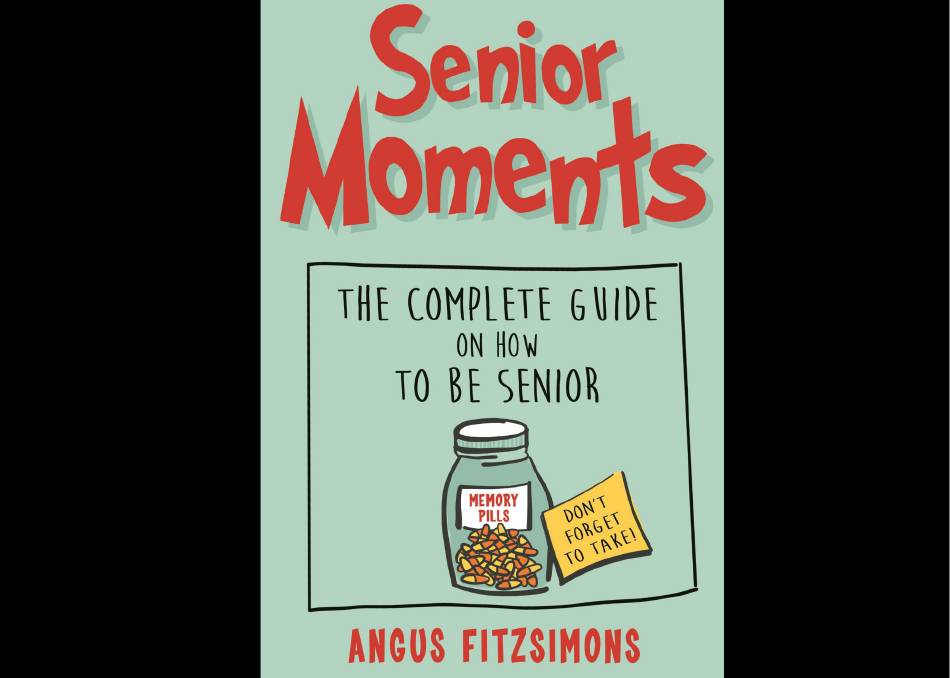 Senior Moments is the sort of book that reminds you that no matter how much you long for it, you'll never be 25 again.

Remember when you were young and your grandparents had them, then when you were older you noticed your parents having them and now, perish the thought, you have them... all too frequently - I'm talking about senior moments of course.

Anyone over a certain age who says they've never had a senior moment is probably having one at that point in time and doesn't realise.

So what is a senior moment?

Well according Angus Fitzsimons, author of the book Senior Moments, The complete guide on how to be a senior, it can be an simple as forgetting your own address at the moment you hop into a taxi or as complicated as being able to remember each of Elizabeth Taylor's husbands; and it's a senior moment when 'WW' meant the start of a war not an internet address.

Inspired by the comedy review Senior Moments by Angus Fitzsimons and Kevin Brumpton the book is a glorious romp through what it means to be a senior in all it's wild, whacky and wonderful - or sometimes not so wonderful ways.

The book is broken up into deliciously funny chapters - like Chapter 2 Senior Moments at Christmas - who hasn't had one of those - "If anyone writes 'Xmas' you let them know 'Xactly' how irritating that is".

There's Chapter 4 - Senior moments in medicine with a translator for what the doctor really means. For example "I'd like to run some further tests - I still have no idea what is wrong with you."

Chapter six focuses on Senior Moments of the 20th Century and Chapter seven Senior Moments at Funerals with traditional euphemisms for if you are asked to deliver the eulogy.

In fact there are 33 chapters, including a memory test and if you don't recognise yourself in more than a few, well as I said earlier, your senior moments might be lasting a bit longer than is good for you.

Senior Moments is the sort of book that reminds you that no matter how much you long for it, you'll never be 25 again.

But it's funny and clever and wistfully nostalgic. It's worth treating yourself to or better still asking for it for Christmas - the grown up kids and grandkids will definitely think you've lost the plot as you sit in the corner chuckling after Christmas lunch.

He has written sketches and material for Andrew Denton and Doug Mulray, as well as being a staff writer on television shows like Good News Week, Life Support, Backberner, The Chaser's CNNNN, Comedy Inc and David Tench Tonight.

For the Movie Network, Angus and his long-term writing partner Kevin Brumpton created, wrote and produced two seasons of the AWGIE nominated TV sitcom The Jesters starring Mick Molloy, Susie Porter and Deborah Kennedy; with Angus directing the second series of the show. In 2016, Angus and Kevin created the comedy revue Senior Moments which premiered at the Glen St. Theatre with Penny Cook and Lex Marinos and has now enjoyed three sold-out national tours across Australia.