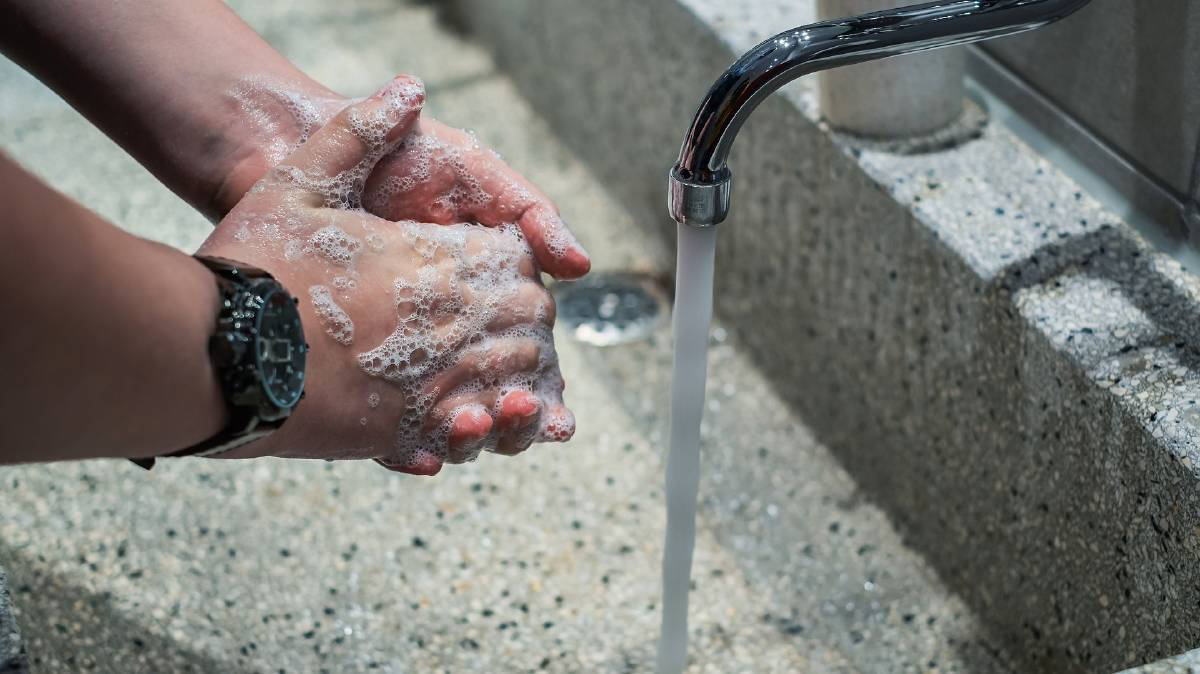 WASH YOUR HANDS: Even during the pandemic, some people aren't getting the message to wash their hands.

New research shows there has been no major increase in Aussies washing their hands since this time last year.

WE keep seeing the message to wash our hands, so surely it's sinking in? Apparently not.

New Omnipoll research shows there has been no major increase in Australians washing their hands since this time last year.

As handwashing was a major component of the national campaign to reduce the risk of catching COVID-19, this lack of improvement was a considerable surprise, according to Lydia Buchtmann, the Food and Safety Information Council's communications director.

"This year the greatest improvement was a 4% increase in the number of people who said they always wash their hands after going to the toilet (up from 79% to 83%) but that still means almost 1 in 5 Australians don't always adhere to this most basic of hygiene messages," said Ms Buchtmann.

"The research indicated that more people are putting themselves at risk of food poisoning, as there was a 5% drop in the number of respondents (from 63% to 58%) who said they always washed their hands before handling food."

The research found men were less likely than woman to always wash their hands after going to the toilet (80% of men versus 85% of women) and before touching food (53% of men versus 62% women).

"There was also a strong correlation between people's use of hand sanitiser and concerns about catching COVID-19."

"While the Food Safety Information Council's major concern is to reduce the estimated 4.1 million cases of food poisoning each year, we recognise that good hand hygiene can also reduce your risk of COVID-19 and other viral infections," she said.

"A study by University College London recommends that people should wash their hands 6 to 10 times a day to reduce their risk of catching viral infections such as colds, influenza and COVID-19.

"You can easily reach this recommended 6 to 10 times a day handwashing recommendation by always washing your hands with soap and running water for 20 seconds and drying thoroughly, or using hand sanitiser if hand washing facilities aren't available."

Ms Buchtmann stressed it was important to wash hands: