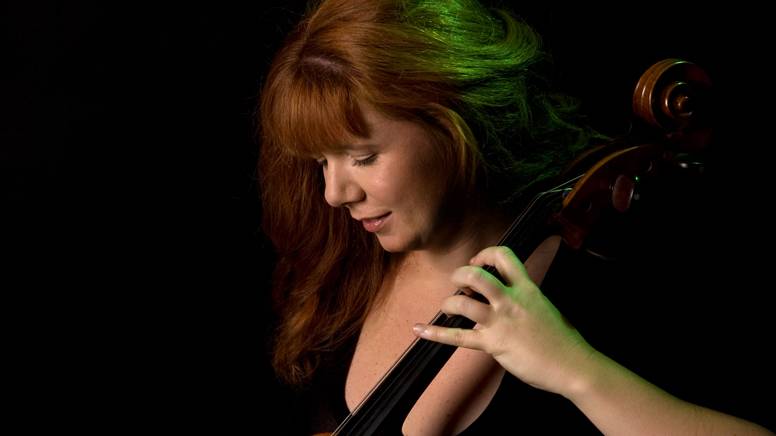 SYDNEY based cellist Rachel Scott has been running her chamber music series for nearly a decade, so she was hardly about to let a pandemic stop her.

Prior to COVID-19, Rachel's Bach in the Dark concerts took place in non-traditional concert venues across NSW and the ACT.

When COVID-19 forced her to put a stop to her traditional concert format, she was determined to keep the series alive, although at first she didn't know how.

With the help of her sound engineer husband Ben Sibson, she started streaming monthly online concerts from her living room in March.

Rachel said the series was conceived when she was playing cello to a class of children in remote NSW as part of a music program she was running.

"I started to play Bach, as that's what I love and realised, as I played a prelude to a cello suite, that things were incredibly quiet," she said.

"These kids were really listening - like no other audience I'd ever played to before."

"At the end, one little boy lifted his head and said 'Rachel, that's the most beautiful thing I've ever heard'."

The one hour concerts are deliberately informal and Rachel encourages listeners to "be in the moment" with her.

"We have people all around Australia watching these concerts now."

"I'm able to support other performers by sharing the income from ticket sales and it's been totally humbling to be on the receiving end of so much good will," she said.

The next concert in the series The Spoken Bach will be streamed from 7pm on October 30.

Rachel will be joined by by actor and Sport for Jove Theatre artistic director Damien Ryan for a performance that will combine Bach's music with the work of Shakespeare.

Audience members can buy tickets for $7.50 each and have the option of making an extra donation to support performers.

Once a ticket is booked, the purchaser will be sent a YouTube link.