A FAN IS BORN: Kelly Macdonald filming on Twilight Beach. The Scottish actress described Western Australia as "from top to bottom extraordinary".

Road trip itinerary takes visitors to sites where much of new Australian film was set.

Beautiful Esperance in WA's Golden Outback shines as one of the stars of Dirt Music, a gripping drama based on the novel of the same name by WA favourite son Tim Winton.

The film, which was released in October, is a haunting love story set against the powerful backdrop of some of WA's most evocative landscapes, including many in the Kimberley.

Macdonald was immediately smitten with WA, describing it as "from top to bottom extraordinary".

"It makes you feel so alive being in these places that are so remote," she said.

Producers say the wide-open, pure white sandy beaches and rugged bush and granite outcrops made Esperance the perfect choice for many of the scenes in the epic love story.

The local tourism body, WA's Golden Outback, thinks so too, and has moved swiftly to create a five-day Perth to Esperance road trip itinerary detailing the locations where much of the film was set.

Here are its suggestions:

Wylie Bay: The sand dunes around here are otherworldly, unspoilt and cinematic, so little wonder it was chosen as a backdrop for the film. To get there, it is recommended you take a 4WD as the beach can be soft and boggy. Otherwise you can take a tour with Esperance Eco Discovery Tours.

Hellfire Bay Road, Cape Le Grand: No movie filmed in Esperance would be complete without a shot of Frenchman's Peak, according to locals. You can see it in the background of scenes filmed on Hellfire Bay Road in Cape Le Grand National Park. If you're heading to the park to visit Lucky Bay, be sure to add in a stop to climb Frenchman's Peak for amazing views across the coastline and archipelago.

Bandy Creek: This is a popular spot to launch a boat or thrown in a line. The cast and crew thought the same, using it to launch the vessels pivotal to the story. There is a small beach bounded by the western breakwater, a central and terminal groyne, so the water is usually calm. 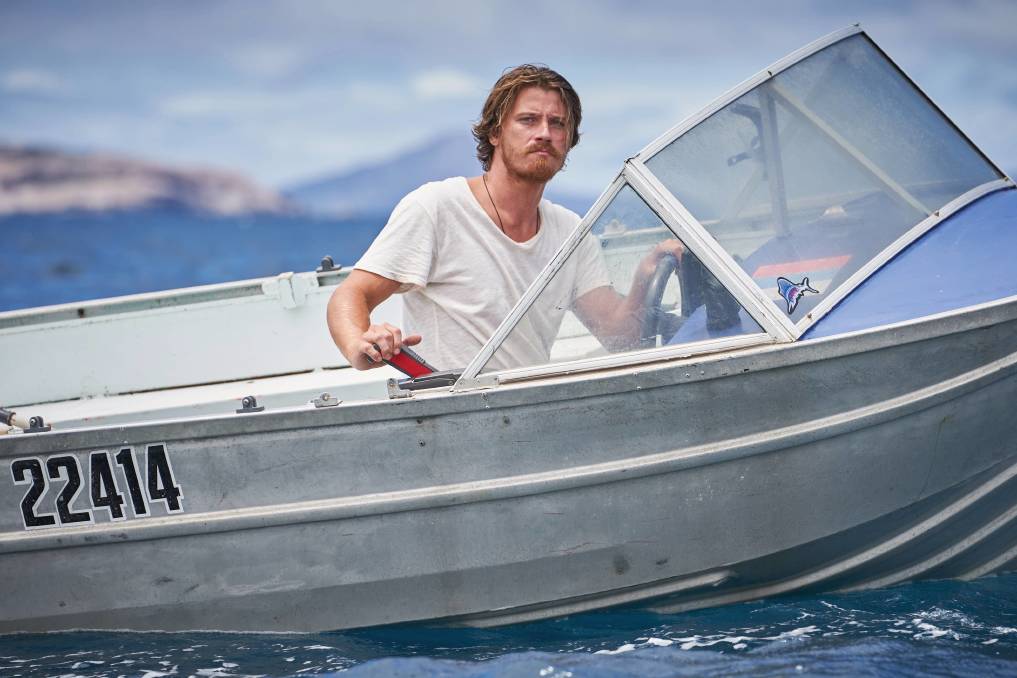 Gibson Soak Hotel: Eagle-eyed film-goers will have spotted Aussie musician Julia Stone in the movie, and in one scene, she and her band play a gig at the Gibson Soak Hotel. This is a classic country pub, decked out under the 100-year-old Moreton Bay figs with a lovely garden out the back, making it perfect for a lunch or dinner stop.

Twilight Beach: This picture-perfect beach is one of Esperance's most famous, thanks to its unusual rock just off the shore. It's just a few kilometres from town.

Lover's Cove: A little further along the Great Ocean Drive from Twilight Beach is Lover's Cove. The long, wide beach is bordered by steep granite slopes and vegetation.

In Dirt Music, David Wenham plays Jim, the partner of Georgie (Kelly Macdonald), a sometimes sailor, diver and nurse, stranded in a remote fishing town on the WA coast.

Georgie does not love Jim and can't replace his dead wife as mother to his young sons.

However, an encounter with musician Lu (Garrett Hedlund) changes her path and gives her a chance at happiness.

Other scenes are shot in the Kimberley when the cast and crew headed north to the remote coastal locations of the Dampier Peninsula, setting for the novel's "Coronation Gulf' with its little-known archipelago in the north of the state.