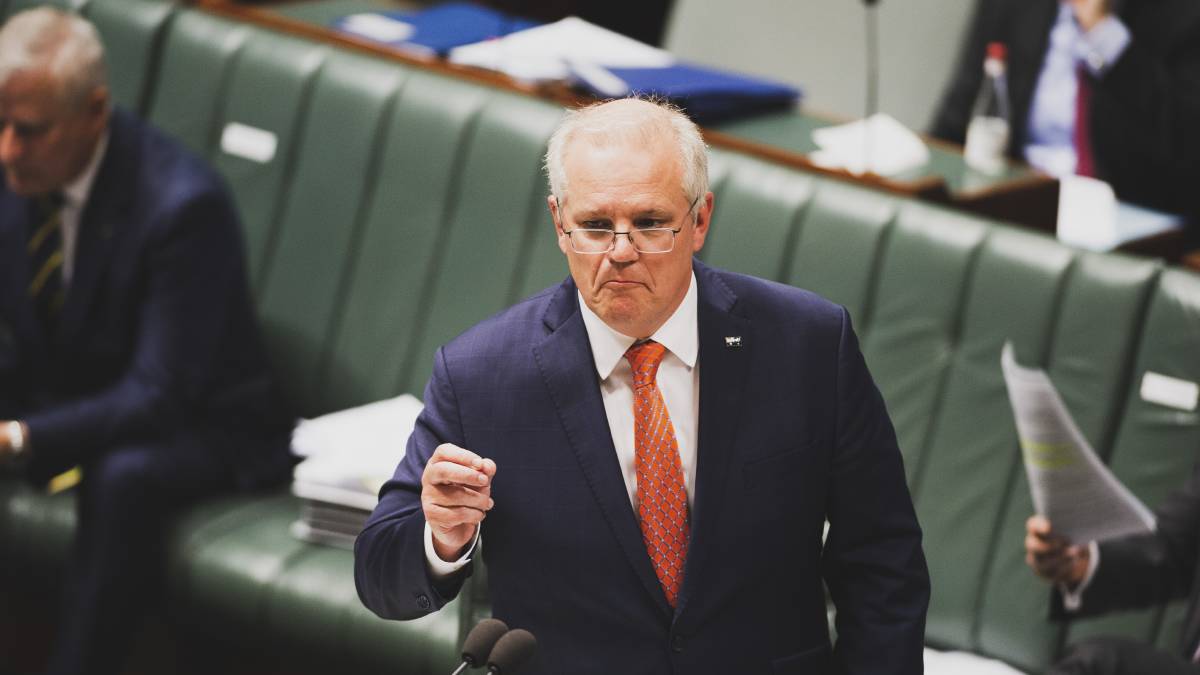 Prime Minister Scott Morrison has denied a new wage subsidy aimed at under 35s is discriminatory, as advocates for the unemployed say the scheme is "ripe for exploitation".

Prime Minister Scott Morrison has denied a new wage subsidy aimed at under 35s is discriminatory, as advocates for the unemployed say the scheme is "ripe for exploitation".

The Prime Minister came under repeated attack on Thursday over concerns the JobMaker hiring credit announced in Tuesday's budget.

Groups like the ACT Council of Social Service and EveryAGE Counts called for the age-limit to be scrapped.

Labor said nearly one million people currently on JobSeeker would not be eligible for the hiring credit as they were aged over 35.

But during question time, Mr Morrison said there were already programs to help JobSeekers aged over 50.

He pointed to the Restart Wage subsidy which gave companies which hired a worker aged over 50 who'd been on income support for six months a $10,000 subsidy.

That program had helped 50,000 people back into work and was currently supporting 3000 people, Mr Morrison said.

There was also an adult apprentices scheme, which provided a $4000 subsidy.

"We don't see that this credit will do anything but exacerbate the problems that already exist with insecure, low-paid work in this country," she said.

"Added to that they have divided the JobSeekers between people who are young and cheap and people who are older and already experiencing age discrimination when trying to get into the workforce."

She criticised the scheme as "ripe for exploitation" by big businesses to re-gear work hours from existing employees to younger alternatives to cash-in on the credit.

Ms O'Connell called for a requirement for employers to keep an employee on the same hours for a period after the subsidies stopped.

"We welcome anything that will get people into sustainable jobs and we know our members are really keen to work, they are crying out for jobs," she said.

"The concern we have is that this government does not have a track record of getting people into sustainable work."

She labelled the Commonwealth's budget "divisive" and said it pitted the unemployed against those "relatively well-off".

With the JobMaker credits capped at workers under 35 encouraging employers to hire young, Ms O'Connell said it left a gaping hole for older workers, particularly women over 60 who made up the biggest proportion of JobSeeker recipients before the pandemic.

"People in their 60s shouldn't be on work for the dole, they shouldn't have mutual obligations and they frankly, should have the opportunity to transfer into the aged pension or into retirement," she said.

She said more investment was needed in women-dominated sectors of education, hospitality and arts to provide older women with opportunities.

"Unemployed people are people, they are not economic units and they're not political pawns. It's hard for us to feel that we're not being treated as people at this time," Ms O'Connell said.

But Mr Morrison said a scheme for under 35s was necessary to prevent young people becoming entrenched on welfare.

"If you can't get young people back into jobs, particularly when they're early on in their working age life, we know that the risk of them then becoming conditioned to being on welfare increases. And then you get a generational problem," Mr Morrison told Adelaide radio.