All families have their secrets. Darleen Bungey uncovered many when she delved into the life of her father.

He was a glamorous heart-throb who sang in front of the likes of Bette Davis, Katharine Hepurn and Clarke Gable at the Academy Awards.

His recording in the 1930s of Hawaiian Paradise outsold those of Bing Crosby and Guy Lombardo.

He was also Darleen Bungey's father. And what she found when she turned her biographical skills on her own family makes for entertaining reading in Daddy Cool.

Until Darleen was in her mid-teens in the 1960s, her father took singing engagements that would fit around his day job.

The man who caught the train from an inner west Sydney suburb to Town Hall station was the man on his way to sing for the Queen.

The man who sang in his neighbours' homes for anniversaries and birthdays was the same one who would rise from the stage floor of the State Theatre to sing alongside the organist.

It was a double life that Darleen set about unravelling: his difficult American childhood, his change of name (Bob Cutter to Laurie Brooks), his change of nationality (American to Australian) and his myriad wives (four marriages).

How did this man become an Australian infantryman, fighting alongside and performing for his fellow Diggers in Palestine, Beirut, Egypt and New Guinea?

Why did he leave Hollywood and the ritziest hotels in Calfornia for a modest Californian bungalow in suburban Sydney?

What caused him to cease his endless drifting from one woman to another, one marriage to another, and settle with the love of his life?

She was a strong Aussie woman; a talented radio broadcaster and publicity agent. Why did she take a chance on this reckless vagabond and notorious womaniser? 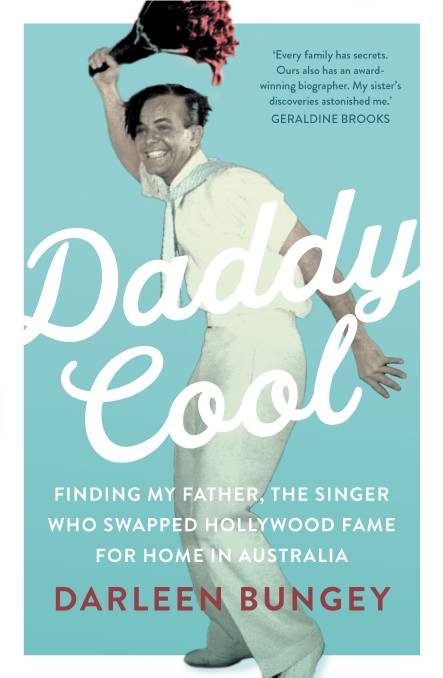 Darleen Bungey is also the author of Arthur Boyd: A Life and John Olsen: An Artist's Life.