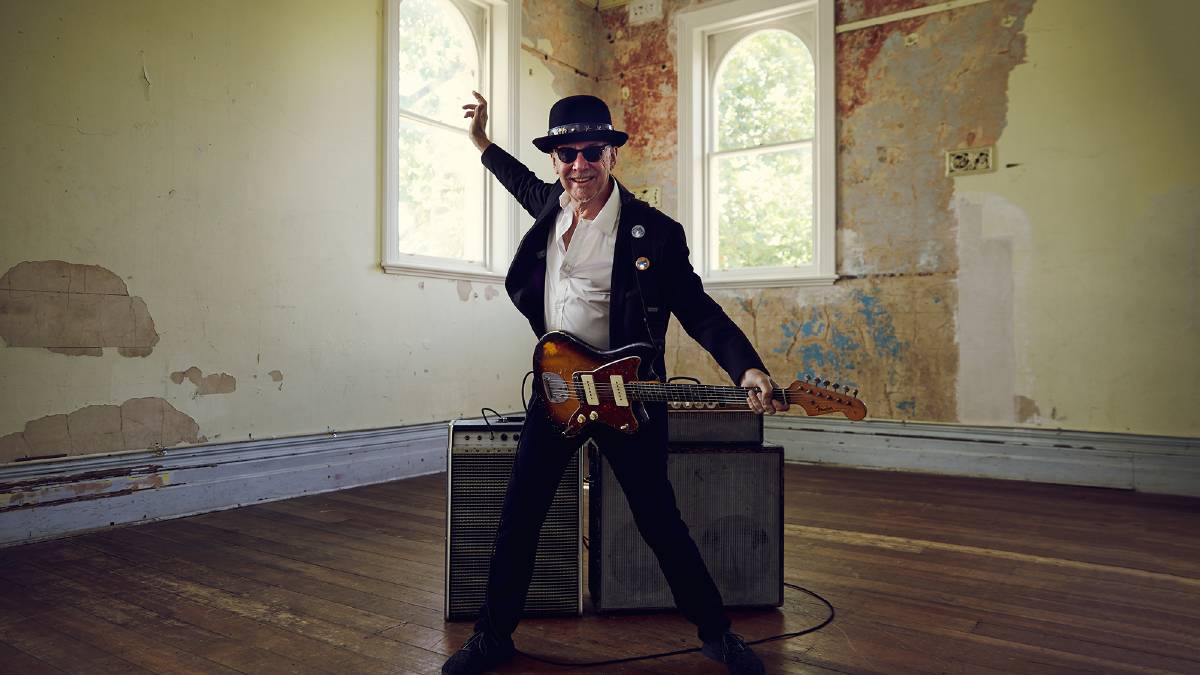 HARD-WORKING: Russell Morris does about 100 shows a year and still gets sold out.

With a recent album and legions of fans going back 50 years, the legend is still a busy man.

FIFTY years is a long time to make a career out a precarious industry like rock and role music, music, but like the bunny in the battery commercial, Russell Morris has stayed the distance.

But more than that, Morris has made adventurous and eclectic music traversing genres from psychedelic to, more recently, the blues.

Lately old fans and new have been enjoying his latest album, Black and Blue Heart, a switch to a contemporary rock that was released last year to much acclaim - it entered the ARIA Albums chart at #12 and the Australian Artists Album chart at #3.

The hard-working Morris - he does about 100 gigs a year - is currently on the Queensland of a national tour promoting the album, performing next atBribie Island, followed by Loganholme.

Black and Blue Heart is a high-quality effort co-produced by Powderfinger frontman Bernard Fanning and Nick DiDia (who has worked with Bruce Springsteen, among others).

Fanning said the title track is a "song for the ages".

"Russell's been a really substantial artist for a very long time but I think that song will live on with his best," he said.

Other songs include Ain't No Angel, See You Go, Fat Man And The Priest and Witness Protection.

The 72-year-old has had a string of hits on the ARIA charts including The Real Thing, one of the classic psychedelic singles of the 1960s, and Part Three Into Paper Walls. Other Australian classic hits include Wings Of An Eagle and Sweet, Sweet Love.

In 2012, he began a trilogy of albums, each with a theme of Australian stories. The first, Sharkmouth, with a collection of tracks about Australia from the 1920s and 1930s. The album went on to reach #6 on the ARIA chart and is certified platinum.

Next came Van Diemen's Land, which was nominated for Best Blues and Roots album at the 2014 ARIA Awards.

It was followed by Red Dirt - Red Heart,filled withstories of bushrangers, a beautiful town, a loner, a recluse and an escape artist, a snake, and the Nullarbor Plain. Ittook out the Best Blues And Roots Album at the 2016 ARIA Awards.