Without neighbours and community, it would be so much harder. 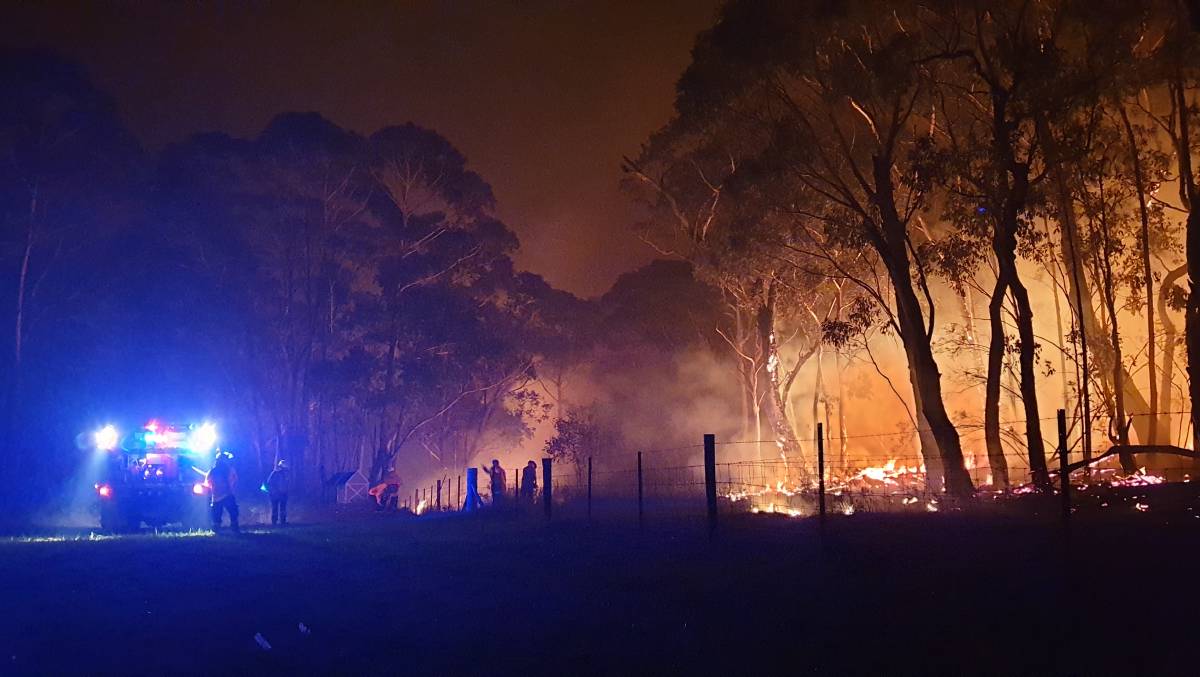 The Gospers Mountain fire hitting in the Blue Mountains.

Waiting. The waiting is the worst. Nobody tells you that.

You expect the nerves.

But nobody warns you could be in for days, weeks even, of waiting in a constant state of alert.

Waiting for the smoke to turn to flames as the bushfire finally turns up at your place.

You get told what gear you'll need - the fire pump, fire hoses, 10,000 litres of accessible water, mops, buckets, cotton or wool clothes. Forget about anything synthetic. Gloves, googles... the list goes on.

You get told about the heat, the wind, the roar, the low visibility and choking smoke.

You've done dry-runs of your fire plan. You are practically prepared.

But if you choose to stay - and this is in no way a call to do that, each and every person and situation is different and sometimes it's just not a safe option - you never get told about the seemingly-endless waiting, nor how vital community is.

How those people around you will, in fact, mentally pull you through.

Those neighbours who drop by, call up, break up that nervous cycle of watching the fire app, the weather app, the horizon, the news, the local Facebook community group - for any news at all.

They seem to know exactly the moment to say 'come over for a cuppa', 'it's so-and-so's birthday today, come, help them celebrate'.

Something, anything, to break the waiting and stressing.

Likewise, you do the same for them. The fence-side chat. The dirt bike ride to go and check out the other neighbours.

That knowledge you aren't facing it alone: that's never been more important than when you are staring down a rather unpredictable beast like a bushfire.

Fill in the hours. Ease the stress.

I know for many getting warning, notice, time to do some preparation before the fire hit, would have been the best possible gift.

The chance to save any treasure.

My thoughts go out to you. While I hated every moment of the waiting, spent many days just wishing to see the flames so it'd be over, every day was another day for more raking, another chance to pack valuables and take them elsewhere in case the worst happened.

And we did make it through ok, those days of property preparation paid off.

But perhaps even more importantly, those mornings and afternoons spent sitting on somebody's verandah made it bearable - we were even sitting there chatting when the flames finally arrived (yes the chatting stopped and action stations took over faster than you can imagine).

Did we learn things? Yes.

Were we more prepared than when we faced our last fire six years ago? Yes.

But the nerves and the waiting, I'm learning, come with every fire and there's no easy way to get through it except embracing your community.

Find out who else is staying. Stay in touch. Not just so you know each other is safe, but so you have an ally.

Note: South Australia's CFS has a good section on its website about the mental preparation for fighting a fire, there is a great list of what feelings to expect and how to manage them.