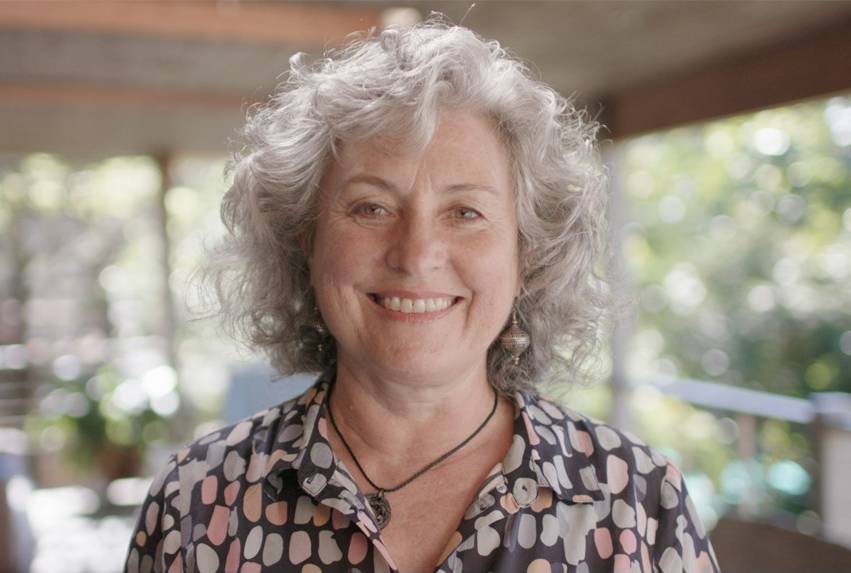 Thirty-six years ago Sue Walters was the first person in NSW to get a cochlear implant. Now she's helping other implant recipients.

Thirty-six years ago Sue Walters was a social 22 year old, who loved listening to music and hanging out with friends in Sydney.

Then in April 1984, a bout of meningicocal meningitis left Sue completely deaf in both ears.

"I was thrown suddenly into a different world in which I couldn't understand any conversation or hear any music or anything around me at all," said Sue, 58, from Oately in NSW.

"As a 'hearing' person, that is quite daunting. I was used to conversing freely and easily with my friends, family and workmates and had a very active social life. I was working and studying and getting out and about a lot and then my life as I knew it stopped. I couldn't hear anything at all except headnoise, tinnitus."

Unlike hearing aids, which make sounds louder, cochlear implants do the work of damaged parts of the inner ear to provide sound signals to the brain.

The surgery was performed by ear, nose and throat surgeon Bill Gibson as part of a ground-breaking study by the Royal Prince Alfred Hospital and Sydney University.

"The implant changed my life from one of silence (well, not quite silence, when you have tinnitus ringing in your ears) to one of hearing the world around me, able to participate in conversations again, using the phone again. It opened up my life again to all sorts of opportunities that hearing people take for granted every day."

Her original cochlear implant has now been switched on for 36 years. "That is, working and in use for 15-18 hours every day. So, I estimate it has put in about 196,695 'hearing' or llistening' hours at a minimum. I'm really happy about that. I think it's probably a world record," she said.

Sue said it took a while to adjust to hearing with a cochlear implant. "It is not exactly like natural hearing and it can be hard to adjust at first, to understand this new sound. I was keen to listen though and with practise, speech and environmental sounds became clearer."

Since her operation, Sue has seen the implant program grow from her very first experience, to see the first child implanted in Sydney in 1987 and more than three decades of improvements to the technology.

"Today, the sound processor is reduced almost to the size of a behind-the-ear hearing aid and has wireless streaming directly to a mobile phone. Over 36 years there have been several great leaps in better sound quality and adaptations to integrate with other technology we use in daily life. It has been fantastic to witness this journey and see many people benefit from hearing again," she said.

In 2005 Sue received a bilateral implant in her other ear and said the second surgery was much quicker and all over in about two hours. "The surgical technique has been refined a lot since my first implant. I went home with a simple tape dressing behind my ear and had very little pain or discomfort."

And now thanks to bluetooth technology she can even stream phone calls and podcasts directly to her sound processors and get as clear a sound as possible from a device. "I can even listen in to a Zoom meeting while I'm driving. While I still need to pay attention to hear well, I hear better in noisy places and I hear my own voice."

Now Sue is a Clinical Support Officer for RIDBC Sydney Cochlear Implant Program in Gladesville, which provides Australia's largest cochlear implant service at little or no cost to children and adults with hearing impairment.

She also volunteers with a support group for people with cochlear implants called CICADA Australia and said she still finds it astonishing that some medical professionals are still in the dark about how cochlear implants work.

"The cochlear implant is still a mystery to many," she said.

CICADA Australia holds morning teas and get-togethers for implant recipients and friends or families of those wanting to know about implants.

"Those with severe to profound hearing loss find it very reassuring to meet people with cochlear implants and see how much benefit they get from them," said Sue.

"Hearing loss can be invisible. Most people don't care about the subject of hearing loss until they lose it themselves. I feel we really need to spread the word."

For details on CICADA go to cicada.org.au