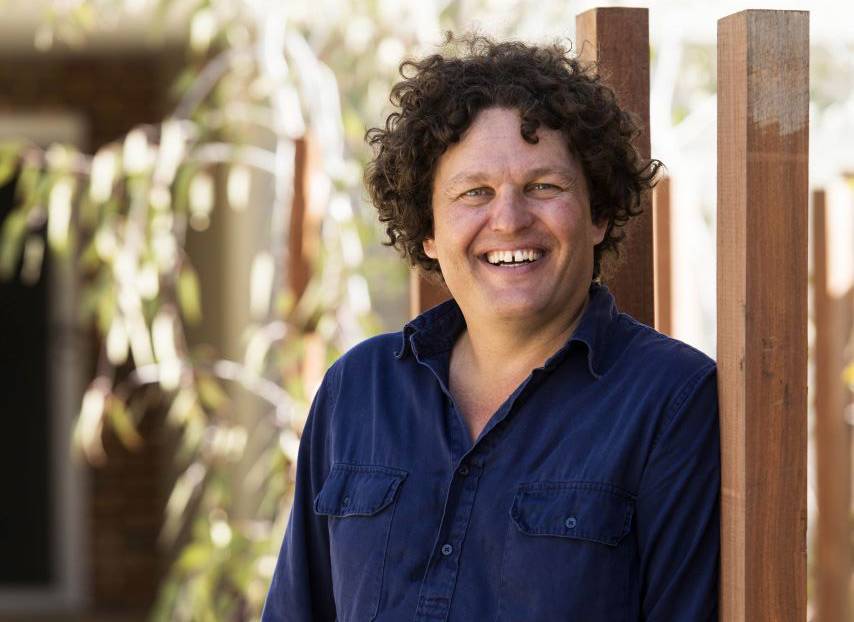 How do you cleverly incorporate organic food production into a suburban garden, while maintaining an attractive space that improves health and wellbeing?

This is one of the questions Gardening Australia host and sustainability expert Josh Byrne hoped to answer when he set about building his own affordable, energy-efficient and waterwise family home in Perth.

Byrne's aim when he started building his sustainable home was to make a house that was affordable for most people and could not only minimise its energy and water use, but make more renewable energy than it consumed. The environmental scientist also wanted it to look good and be liveable for his young family.

And just how he managed to do this is all documented in his new book, The Sustainable House Handbook. In the book some of the topics he covers include composting and organic gardening, solar power, integrating rainwater tanks and greywater recycling systems and climate-responsive design.

Illustrated throughout with photos, plans, charts, diagrams and useful statistics and measurements, The Sustainable House Handbook is an accessible, easy-to-follow resource for anyone planning their dream home or thinking about how to live more sustainably.

Here, Josh explains the how he encorporated composting and organic food production into his house and garden design and shares his tips on how you can do this too.

Food production is an important element of our garden. The veggie garden is probably the most obvious feature, made up of five beds measuring 3m by 1.5m each, totalling just over 20 m all up. 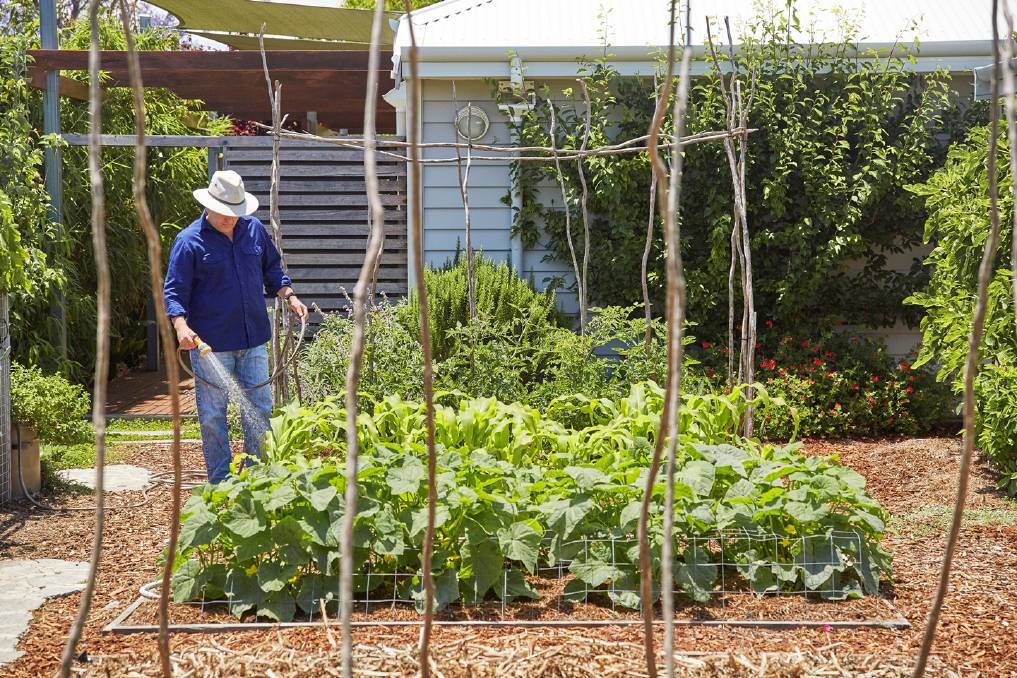 The shared veggie garden with summer crops underway. Having multiple beds allows Josh to rotate crops each season to reduce the likelihood of pest and disease issues. Photo: Robert Frith

This kitchen garden area also includes the chicken pen, a neat 6m structure where we keep four chickens that provide enough eggs for both households most weeks of the year.

Around the perimeters of the kitchen garden are trellised fruit trees and vines, including fig, plum, grape and passionfruit, as well as dwarf and standard varieties, including nashi pear, apple, pear, strawberry guava and peach. At ground level, there is rhubarb, thornless blackberry and all sorts of flowers and culinary herbs.

This is also the place where we deal with most of our household organic waste for recycling back into the garden. Good-quality scraps go straight to the chooks, which convert the material into eggs and manure.

Other kitchen scraps go into one of four cone-type compost bins that are used in rotation. Once one is full, we start on the next one. By the time we fill up the second and the third, the first one is ready for use, and around and around it goes. Composing cones are partially buried to deter rodents and are located under fruit trees (nashi pear) to provide a source of nutrients.

The bins are buried slightly (around 150mm) to prevent rodents and cockroaches getting in, and they are located alongside fruit trees, which benefit from the rich compost at the base.

We also have two large compost bays, each with an internal cubic capacity of 1.25m, and these are used to process the green waste generated from the garden such as crop trash, grass clippings and prunings. We also compost weeds. Where possible, we pull these up and add them to the pile before they set seed. Larger pieces of wood, which may come from occasional pruning of the trees, are used in the fire pit, and the ash goes into the bays. We generate all the compost we need from these systems and no longer need to buy any.

The kitchen garden area also includes a greenhouse for raising plants, a potting bench for propagation and a small garden shed. Everything is carefully laid out, including taps and even a washdown sink that can be set up over the compost bays to make it easy to get on with the task of growing food.

The driveway also has a number of trellised fruit trees that were planted in a narrow bed along the fence line, including Chinese date, Indian tree guava, olive, dwarf black mulberry, apricot, apple and pear. The trees do well despite the narrow bed because their roots can extend out under the gravel that forms the driveway, where they can search for soil moisture and get plenty of air. The chicken pen has been designed to make collecting the eggs easy. Photo:

In between the trees are understorey plantings of flowering companion plants as well as globe artichokes, shallots and other herbs.

Our back garden also includes productive species, which are mixed in with ornamental plants to create a diverse edible landscape. Here, we've planted handsome edible trees, including pomegranate, quince and assorted citrus, which look good as well as being highly productive.

There's also lots of culinary herbs and picking greens, both in the ground and in containers, for easy access from the kitchen. Another area includes bananas, which thrive on greywater and provide a lush look in summer and beautiful fruit. When the bananas come on, we have so many that we freeze them for smoothies and dry them for chewy sweet snacks. 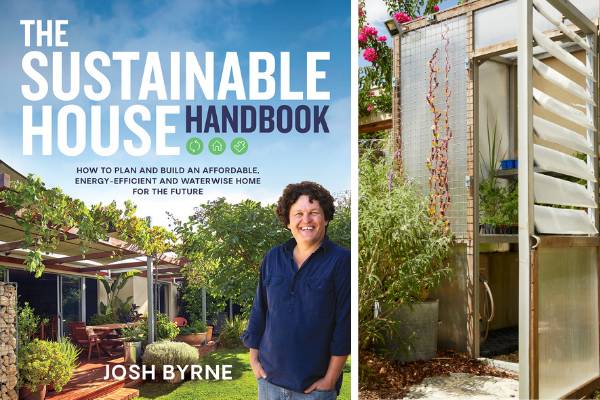 Cover of The Sustainable House Handbook and, right, a small greenhouse in Josh's garden used to raise plants.