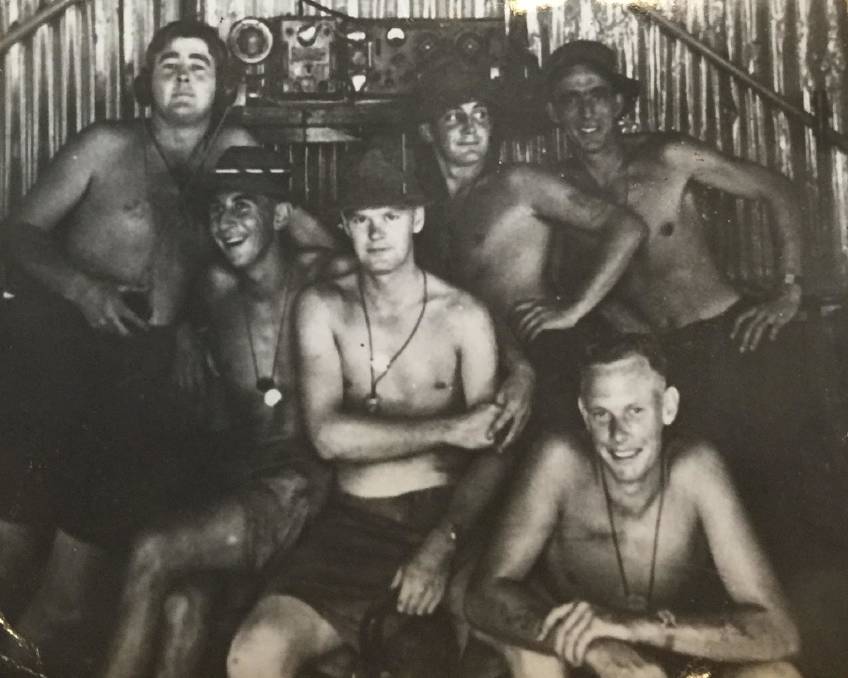 THEY SERVED, TOO: Barry Algar (pictured in the middle, with his arm across his chest) with his mates from the 101th Field Battery (RAR), which helped defend RAAF Butterworth from aerial attack.

A MEMORIAL is edging closer to becoming a reality for Australian veterans of two military conflicts often sadly overlooked by their country.

On August 31 each year Malaya and Borneo Veterans' Day commemorates and recognises the Australian military personnel who fought in the Malayan Emergency (1948-60) and the Indonesian Confrontation, or Konfrontasi (1962-66).

But this year the day also marked a milestone for the Far East Strategic Reserve War Memorial Foundation, which announced it will soon reach its initial fundraising goal of $60,000. 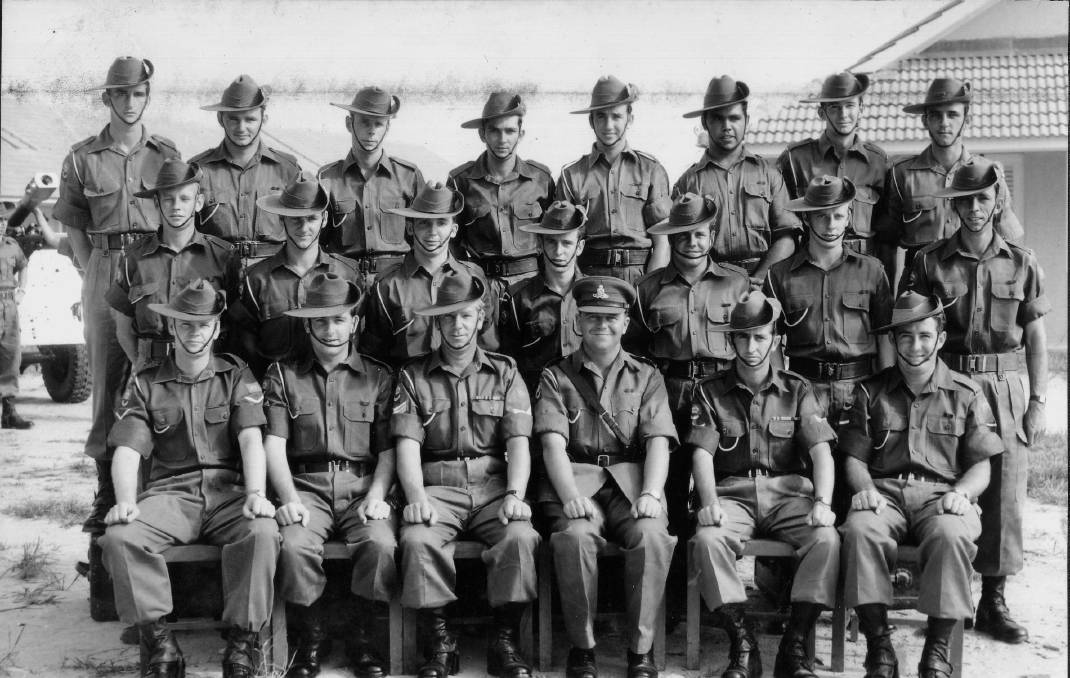 LEST WE FORGET THEM, EITHER: Lance-Bombardier Barrington Algar, front row, first on left, with his unit.

That is the amount needed to get to the design phase as required by the Australian War Memorial, which has approved installation of the permanent tribute in its sculpture gardens.

It's great news for Illawarra woman Vicki Tiegs, whose dad Barrington (Barry) Algar died on his second tour of duty in the then Malaya in 1964, when she was six months old.

Australia was one of a number of Commonwealth countries to take part in the campaign, in which communist insurgents fought British colonial rule.

Barry, a lance-bombardier with the 101th Field Battery (RAR), died near RAAF Butterworth after a fall from a truck. He was one of 39 Australians who lost their lives in the country's longest military conflict, which lasted 12 years.

Vicki said installing the memorial is "all about making Australians understand that our people fought in those campaigns, which have been all but forgotten".

"Even on Anzac Day, when you see people marching, you don't see any reference at all to them," she said.

"And for those people who served, that, at times, is hurtful. Because they served their country but were then essentially ignored when they got home.

"We think the memorial will bring relevance to their service and let them know that their country appreciated what they did." 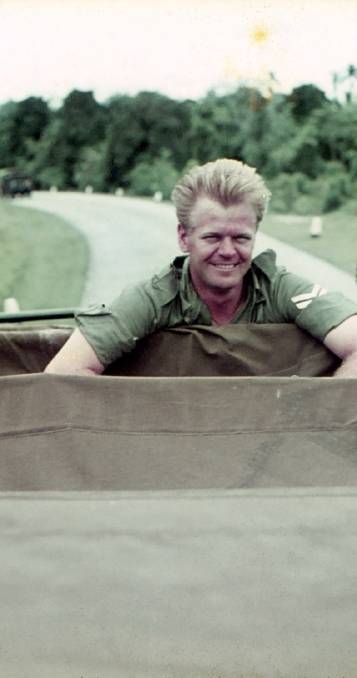 SOLDIER AND FATHER: Barry Algar on service in Malaya. He died when his daughter Vicki was just six months old.

While the Malayan Emergency received scant attention, the Konfrontasi - in which Indonesia tried to prevent the amalgamation of what are now Sarawak and Sabah into Malaya - was not even recognised as a campaign until 1994.

This was despite 23 Australians dying in the campaign (dubbed Operation Claret) - seven on operations against insurgents.

"We were bound to secrecy for 30 years," said federation secretary Ian Davenport, from the ACT, who spent his national service with an army engineering unit in Borneo.

"It wasn't declared a formal war because of the British rubber planters there," he told The Senior. "If it had been, their insurers in London wouldn't cover them. If it stayed an emergency, or confrontation, their insurance was valid.

"The Australians answered the Pommy call. But nobody wanted to provoke a full-on war. It was just Soekarno throwing his weight around."

Ian said his squadron was tasked with building a road from Sabah to the border of Kalimantan state in Indonesian Borneo.

"Our part of the road was up in the mountains. We had very little material for road surfacing, extremely limited machinery.

"We lost two guys. They were killed in truck accidents, which was the most common issue.

"Rain was a big part it. You'd get a hell of a downpour around 4.30 every day, but occasionally it would come early.

"Drivers would be choofing along a dirt road thinking all was sweet then they get around a bend and it's rained there. You'd slip all over the place, or you'd get bogged and have to winch yourself up the hill.

"Sometimes the rain was so heavy that it washed out bridges. You'd all have to kick in and help because we only had a very small airstrip to bring in supplies."

The Malayan Emergency wasn't classified as a war zone until 2001, the same year that Vicki's mother, Jan, received a war widows pension and other gold card benefits for the first time.

By then she was 65, She had never remarried and raised her daughter by sewing in a factory. While Legacy helped, Vicki said, "it was a different time in the '60s and '70s and unusual to bring up a child on her own".

She said her mother is one of the strongest people she has ever known. "I think Dad was the love of her life. How she got through it, I don't know."

Vicki said because the emergency was so little known, especially in rural Queensland, where she and her mum moved, some children refused to believe her when she said her father died serving in Malaya.

"They knew about Vietnam but not about this. They accused me of lying. They would say, 'Oh, you just don't have a father.' I just felt shunned."

She says it's not something she speaks about much; nowadays her thoughts are focused on those who served.

"It (the memorial) is all about the men. They're not getting any younger. We need to get it done before we lose any more of them," she said.

Ian said plans have been afoot for a memorial for about 15 years. "There have been a few iterations of the committee but we're really working well now," he said.

Still, it hasn't been easy raising the money.

Ian said he once gave a presentation about the Konfrontasi in Canberra and only two attendees from about 60 had any knowledge of it - "and they were people my vintage".

"It's pretty hard to sell nothing. When you've got a design and a mock-up of what it's going to look like, you have a better chance.".

Ultimately, that decision will be up to the AWM - which is as it should be, he says with a laugh.

"We've had a few veterans offer up designs. Some of them are not bad, but I don't think a tropical rainforest on the slopes of the Australian War Memorial in Canberra on a frosty winter day will work!"

If you wish to help with the project, head to www.fesrmemorial.org.au