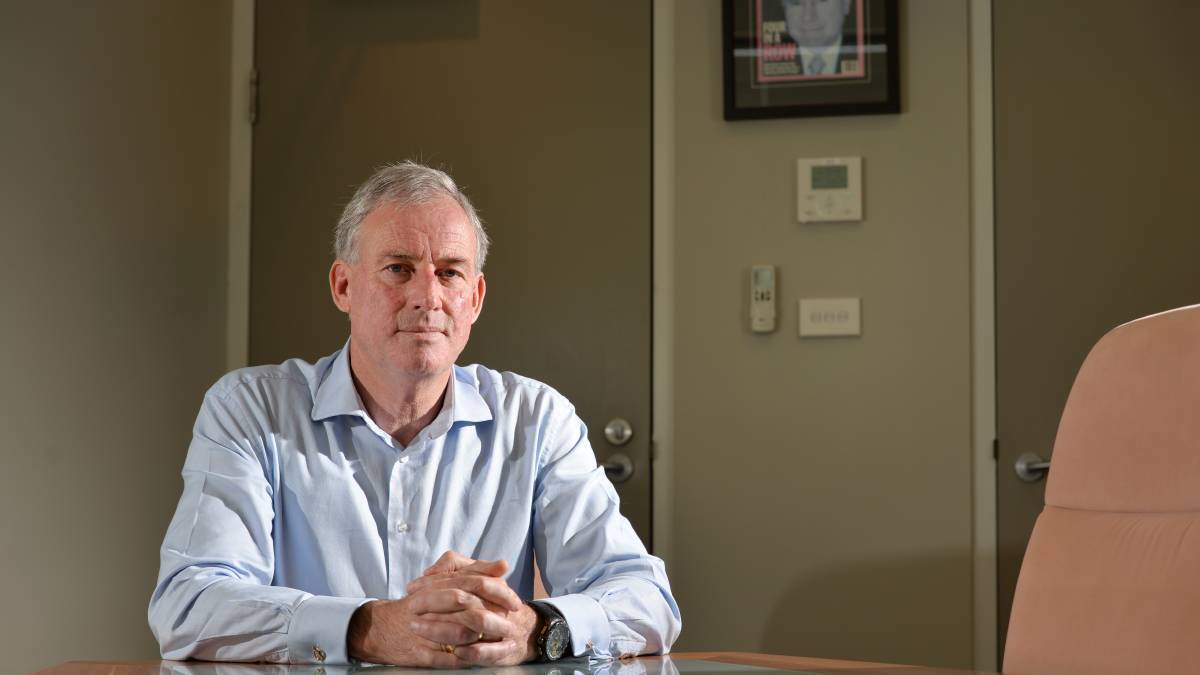 PREPARED: Federal aged care minister Richard Colbeck said goverment does have a COVID-19 plan for the sector, which has been discussed at a national level all the way through the pandemic.

Australia's coronavirus aged care death rate is one of highest in the world, but Richard Colbeck has defended the government's handling of the sector through the pandemic.

The Aged Care Minister has denied Australian nursing homes were left to fend for themselves as the coronavirus pandemic wreaked havoc in the sector, infecting more than 1000 elderly residents and killing 168.

Federal authorities, including the government, have been accused of failing to prepare a COVID-19 plan for aged care homes. Australia now has one of the highest COVID-19 death rates in aged care in the world, with 68 per cent of all coronavirus deaths related to residential aged care.

The Royal Commission into Aged Care Quality and Safety was told on Monday that the pandemic left flaws in the sector "starkly exposed".

It heard that neither the federal Department of Health or the Aged Care Safety Commission had developed a COVID-19 plan specifically for the sector.

But federal Aged Care Minister Richard Colbeck has denied his department failed to act promptly, saying the goverment does have a plan which has been discussed at a national level all the way through the pandemic.

"That plan has continued to evolve and develop including incorporating learnings not only from here in Australia, from things like Newmarch and Dorothy Henderson Lodge, but has also incorporated learning from international circumstances," Senator Colbeck told ABC's RN Breakfast on Tuesday.

The commission heard aged care was offered no virus advice from either body from June 19 to August 3 - a crucial period when cases in Victoria spiked.

"There has been continued advice and support to the sector since late January to deal with COVID-19 and that continues to evolve and develop as we learn more about the virus," he said. "But also, as we understand more about how it operates and we understand what more we can do to counteract it."

Speaking at the royal commission, counsel assisting the commission Peter Rozen QC said there was no advice about how the sector should respond to the risk posed by aged care workers who may be COVID-19 positive yet asymptomatic, particularly those who work in multiple facilities.

But Senator Colbeck said the sector has been updated with bulletins and weekly meetings since February.

"I can tell you that, because I've been involved and engaged in those conversations on a very, very regular basis," Senator Colbeck told the ABC.

He said the updates were to reinforce issues such as the requirements of a surge workforce and the need for resident and staff screening. "These issues were discussed with the sector."

The comments come amid allegations of a "stand-off" between federal and state authorities over the hospitalisation of virus-positive residents.

Grant Millard, the head of Anglicare Sydney which operates Newmarch House, will give evidence on Tuesday along with service development manager Erica Roy. Nineteen Newmarch House residents died after testing positive to the virus.

In a statement to the commission, Mr Millard said the roles of state and federal governments were initially unclear and there was confusion around who had authority to relocate residents.

The aged care royal commission is holding hearings over three days to examine the virus response, however Victoria's outbreak is not part of the scope due to its evolving nature.

Victorian Premier Daniel Andrews is set to be grilled over his government's handling of Victoria's second coronavirus wave at a parliamentary inquiry.

Mr Andrews will be the first witness called at the second sitting of the Public Accounts and Estimates Committee's COVID-19 Inquiry today.