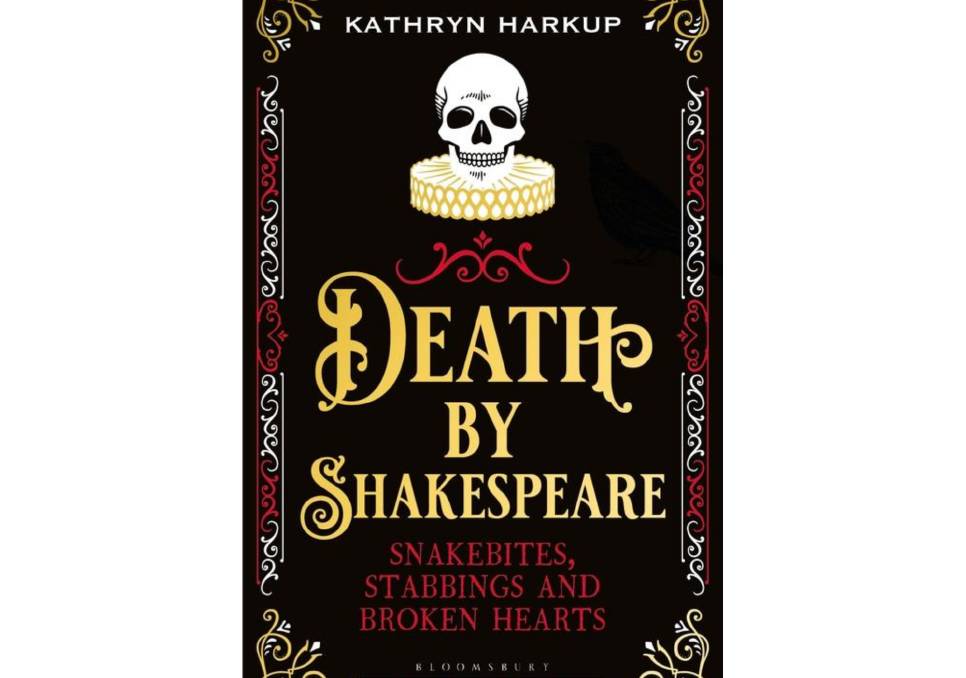 Death by Shakespeare will fascinate lovers of true crime as well as fiction.

William Shakespeare is a world revered author, poet and playwright and more than 400 years after his death his works still have the power to shock us and induce sadness, fear and wonder.

In fact many of today's thriller writers could almost be considered rank amateurs compared to the Bard when it comes to the art of death.

Shakespeare was the master of madness, mayhem, mystery and murder and found dozens of ways of killing off his characters throughout his plays. But how realistic were these deaths and did the author have the experience to back them up or do we have to accept them with a substantial amount of literary licence.

Death by Shakespeare Snakebites, Stabbings and Broken Hearts is a fascinating rollercoaster ride of a book by chemist, science communicator and writer Dr Kathryn Harkup, author of the equally intriguing book A is for Arsenic: The Poisons of Agatha Christie.

In the Bard's time death was a part of everyday life. Plague, pestilence and public execution were common occurances and the chances of seeing a dead body on the way home from the theatre were high.

It was also a period of important scientific progress and Shakespeare kept pace with the anatomical and medical advances of the age including blood circulation and treatments for syphilis; and he never shied away from portraying the reality of death on stage from the brutal to the mundane and the spectacular to the silly.

Shakespeare used more than 70 ways to kill off his characters and he didn't have to invent novel or gruesome ways - death was all around. Outbreaks of the Black Death were rife. The French disease (syphillis) and various common other infections such as typhoid killed off rich and poor alike in the absence of hygiene, vaccines and antibiotics.

Life was tough and death was everywhere in Shakespeare's day and Dr Harkup sets the scene for life and death in this brutal time.

Among some of the methods Shakespeare uses to dispose of his characters are drowning, snake bite, beheading, hanging, stabbing, fever, child birth, madness, grief, burning, smothering, goring, jumping from a great height, poison (in the ear, swallowing, poisoned sword), being struck by lightning, over indulgence, grief, natural causes, buried alive and starved, swallowing hot coals, during battle, dismemberment and even pursued by bear.

Elizabethan London provides the backdrop for Death by Shakespeare and Dr Harkup turns her scientific expertise to the many and varied ways his characters meet their demise.

Was death by snakebite as serene as Shakespeare made out? Could lack of sleep have killed Lady Macbeth? Can you really murder somebody by pouring poison into their ear?

The author begins by examining the life and times of Shakespeare and his rise to prominence in the theatre scene of the day.

The book is well researched and easy to read and will delight lovers of true crime as well as crime fiction and of course Shakespeare buffs.

Dr Harkup is also the author of Making the Monster: The Science behind Mary Shelley's Frankenstein.