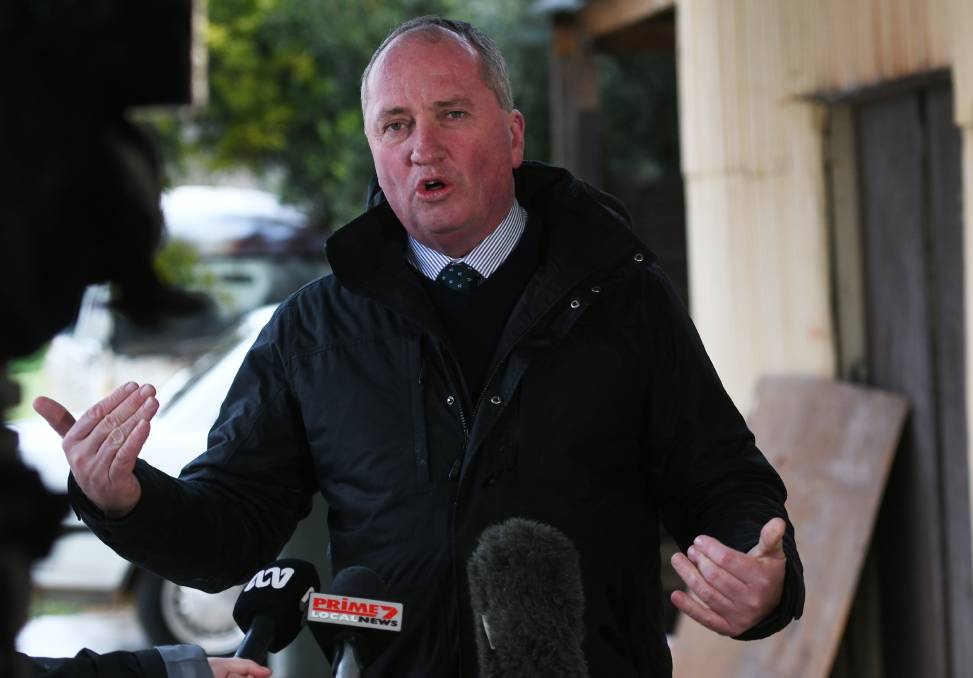 BACK TO IT: New England MP Barnaby Joyce has called for federal parliament to resume in Canberra or remotely. Photo: Gareth Gardner 270720GGB08

"I would like to see full parliament resume ASAP, whether that's online or in Canberra itself."

New England MP Barnaby Joyce has called for the federal parliament to return "as soon as possible".

COVID-19 has prevented the government from hosting a normal sitting of parliament. However, the former Deputy Prime Minister believes like most jobs, sitting in parliament could be done remotely.

"I think it is essential that if we are thinking about working offline, that every politician makes themselves accountable and presentable to the Australian people," Mr Joyce said.

"You can do that by basically saying there's 151 people in the lower house, I'm going to now click on my local member and see if they are in their office and see what they are doing.

"Likewise, members could vote offline, if I can move money around safely online, I think I can press yes or no on a keyboard as to whether I vote for something."

Parkes MP Mark Coulton said while working online would be a good option, nothing would surpass parliament sitting in person.

"Depending on what you're doing, a lot of it is about relationships which is harder online, but not impossible," Mr Coulton said.

"Obviously I think it would be a poor second to actually being there because a lot of the decisions that are made are done with communications outside the parliament, which is a lot easier to do in person.

"I'm certainly not opposed to it, I think eventually we will get to the point where a lot of things are done remotely. "

Mr Coulton said he believed there would need to be "some technical aspects to overcome" in order for parliament to be held completely online.

"If you were going to have a vote that was binding, we would need to make sure we had security as to who was doing the voting," he said.

"We are doing a lot of things online at the moment and it isn't impossible.

"We certainly have the technology for it."

Mr Joyce said the government "should be leading the way" in regards to working online.

"If you don't want to work online, you've got to be brave enough to move back to parliament," he said.

"In the parliament we could say the public galleries will unfortunately no longer have people, but that will give us the proper capacity for spacing for people in the chamber and in the gallery.

"I would like to see full parliament resume ASAP, whether that's online or in Canberra itself."