Entertainer and author Graham Norton to share the secrets behind his new novel in a live online event.

He's known around the world as the gregarious talk-show host, who has has captured the hearts of millions, getting celebrities to spill the beans on intimate stories and share hilarious anecdotes.

But now Irish-born entertainer and author Graham Norton - known for his tongue-in-cheek humour and candour - is ready to deliver his "most personal story to date" with the release of his third novel, Home Stretch.

And to launch the novel he's inviting fans around the world to join him as he talks about the compelling new book in a ticketed online event.

Following the success of his bestselling novels, Holding and A Keeper, this global event will be Norton's first for Home Stretch.

On writing the novel, Norton said: "Like many, I had always wanted to write a novel, but quietly assumed it would remain an unrealised ambition. I am, therefore, both astonished and delighted to find myself talking about my third book.

"Home Stretch is my most personal story to date and I look forward to readers meeting these new characters."

The book is set in 1987 as a small Irish community is preparing for a wedding.

The day before the ceremony a group of young friends, including bride and groom, drive out to the beach. There is an accident in which three survive, but three are killed.

The story focuses on Connor, one of the survivors and the driver of the car, who leaves the only place he knows for another life. Travelling first to Liverpool, then London and then making a home in New York, Connor tries to forget his past. But the secrets and regrets will not be silenced.

"The choices we make as young people can have long lasting consequences, sometimes unexpected, and often devastating," said Norton. "Home Stretch is a book that begins with a catastrophic accident. Three people survive, but are they really the lucky ones?" 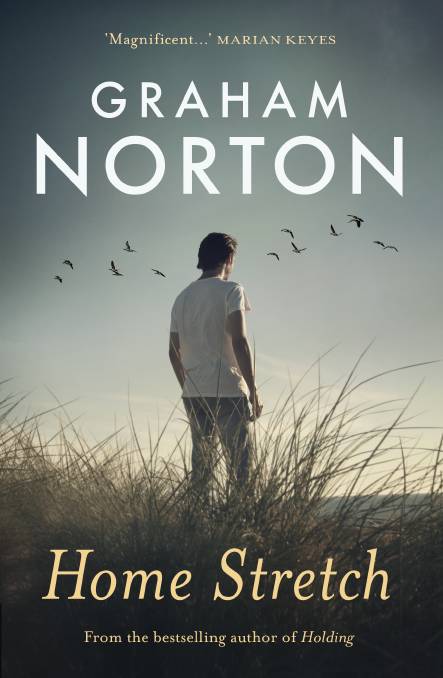 At the one-off event, which will be broadcast live, Norton will be discussing his life, career and what inspired him to write Home Stretch.

The event will be streamed live from the UK and available to view for 48 hours from September 28, 3:30am AEST. Ticketholders can access the event up to 48 hours after the event has ended.

Home Stretch, RRP $32.99, by Graham Norton is out on September 29 and available from Dymocks

Tickets to the online event are $20, from www.fane.com.au/graham-norton-livestream