WHAT started as a weekend craft project for long haul flight attendant Sara Armbrecht took off into a two-year labour of love, as she made more than 40 miniature Qantas doll uniforms.

The 45 tiny hand-made replica outfits, which celebrate the past 100 years of the Australian airline's fashion, now form the Qantas History Series on display at the Qantas Founders Museum in Longreach, Queensland.

It all started when Sara attended a Qantas event for the new Boeing 787 Dreamliner. She spotted a doll on display wearing the current Qantas uniform, designed by Martin Grant, and asked about buying one.

When she was told it was not for sale, she decided to make her own - despite having no prior sewing experience. The first outfit took Sara a week to make and when she showed the doll to colleagues, they encouraged her to make more.

Since then, she has spent hundreds of hours researching and making the uniforms.

She said it now takes about three to four hours to make an outfit for each doll, and she researches using old pictures and Qantas uniforms, if she can find them.

When it comes to sourcing material or pattern uniforms, such as the Pucci uniform, Sara draws the designs onto the fabric by hand.

Now she is busy making miniature replicas of in-flight meals to go with the collection.

"The Qantas Founders Museum has always been on my bucket list and so I am really happy to visit the Museum and for the dolls to be exhibited here," Sara Armbrecht said.

Qantas Founders Museum Curator Tom Harwood said this collection was a unique way to showcase the many uniforms of Qantas.

"Qantas Founders Museum is thrilled that we are able to show this extraordinary display to our visitors and provide Sara with the opportunity to showcase her incredible work.

"Qantas has had a variety of uniforms over the years and this collection shows the evolving design of uniforms for staff in all areas."

The collection will be on display in Qantas Founders Museum's Main Exhibition Hall throughout 2020. 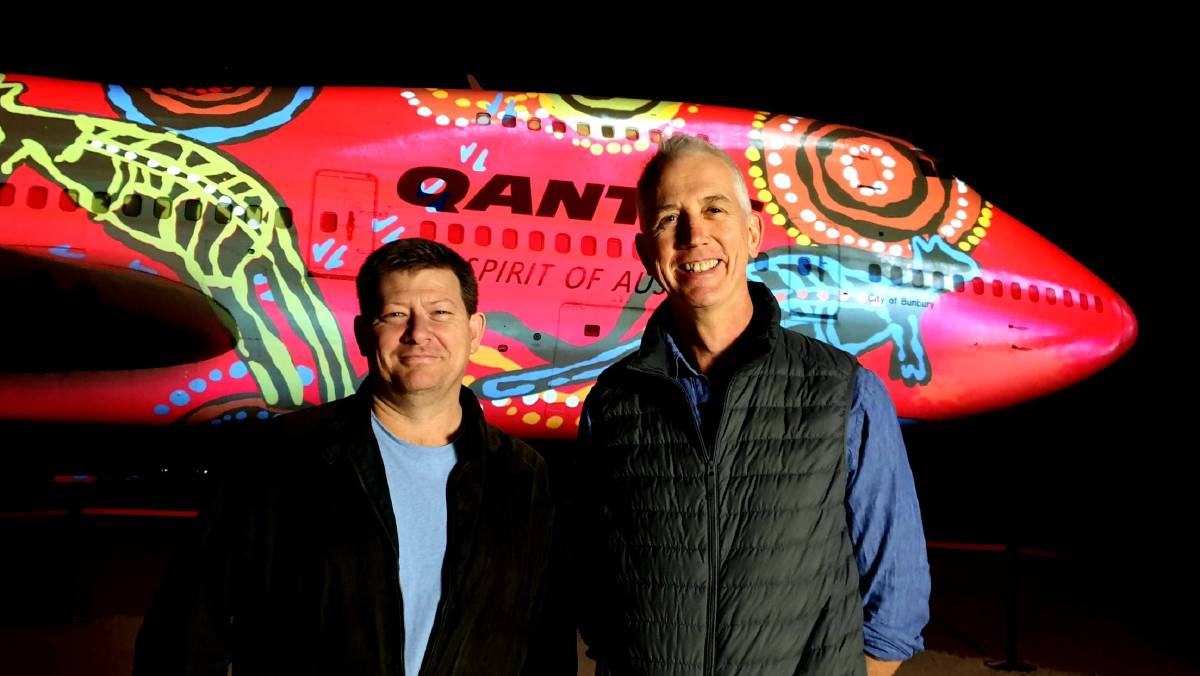 BOEING 747 will be the unusual backdrop for a dazzling light show to mark 100 years of Qantas in outback Queensland.

Luminescent Longreach is the new sound and light show at the Qantas Founders Museum which was launched on July 1 to celebrate the airline's centenary year. The light show nmarks the reopening and, it is hoped, the beginning of a recovery for the popular attraction.

"There is nothing like this anywhere else in the world, it is an entirely immersive experience that won't disappoint," said Qantas Founders Museum chief executive, Tony Martin.

"Not only do we have a new evening offering for tourists to encourage them to stay another night in our town, but we have also created the QPAC of the outback."

The outdoor 'theatre in the round' show will project images on to Airpark exhibits including a Boeing 707 and 747, the Super Constellation and the DC-3.

The $3 million lightshow was designed by Buchan which has worked on displays such as Vivid Sydney.

"It's a privilege to be working for Qantas Founders Museum in the airline's Centenary year when so much of Qantas' rich history is being re-told to new generations," Mr Rawson said.

"Beyond retelling the Founders' story amongst remarkable aircraft, it has been immensely satisfying to have created a new place for Longreach to host cultural, commercial and entertainment events of many kinds".