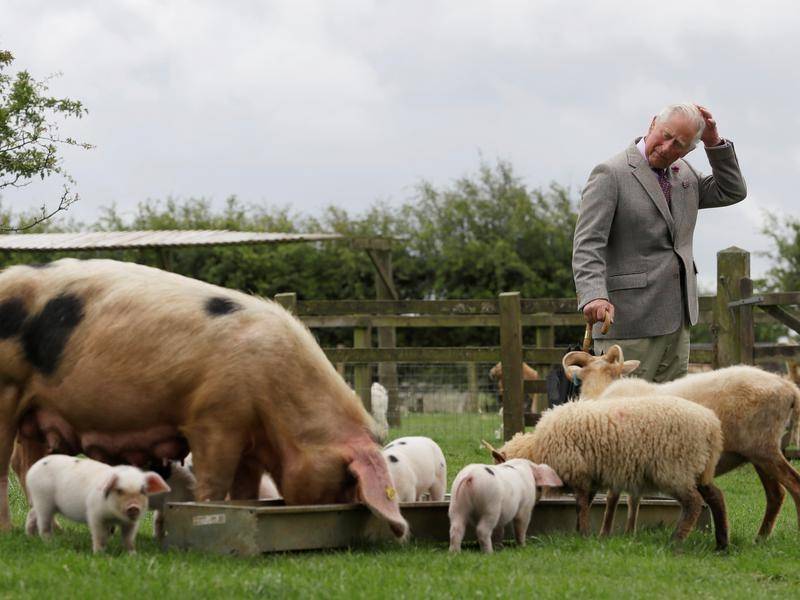 Prince Charles saw a Gloucestershire Old Spot pig with her piglets during a visit to a British farm.

The Prince of Wales has found himself surrounded by piglets while championing Britain's rural tourism on a visit to a farm. Charles toured Cotswold Farm Park...

The Prince of Wales has found himself surrounded by piglets while championing Britain's rural tourism on a visit to a farm.

Charles toured Cotswold Farm Park - a rare breed centre visited by 150,000 people a year - which opens its doors to the public on Saturday after months of closure due to the coronavirus outbreak.

The heir to the throne was keen to learn how the attraction and a 1600-acre holding run by BBC TV presenter Adam Henson were coping during the pandemic which has battered businesses financially.

In a lighter moment, the prince was taken into a small field and shown an inquisitive Gloucestershire old spot sow and her energetic piglets, after Henson tempted them over by pouring feed into a trough.

Charles is a passionate farmer who runs Home Farm in Gloucestershire by his organic principles, and in the past has reared the rare breed pigs, which were traditionally kept in orchards and known for their high-quality meat before falling out of favour.

The royal family have been slowly returning to public duties as lockdown restrictions have been relaxed, and Charles has already attended a ceremony welcoming France's President Emmanuel Macron to the UK and met health and care workers at a hospital in Gloucester last month.