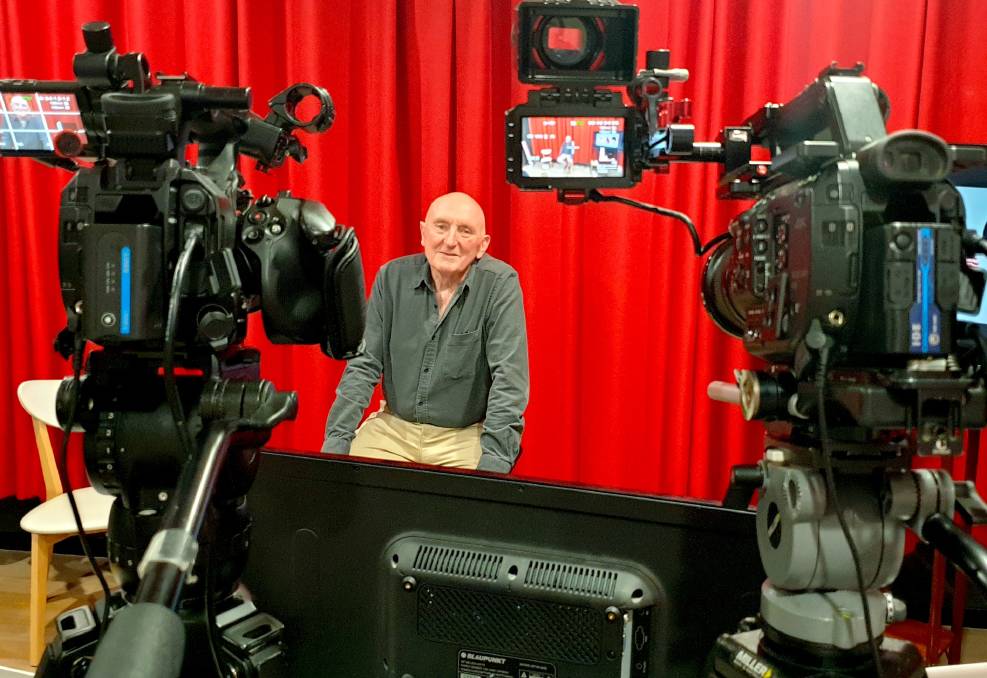 IN FRAME: Alan Lovett is more than comfortable in front of a camera. Alan will present a digital poetry reading.

Alan Lovett will share his love of all things poetic in a digital performance tonight.

Alan will read as the first part of a double bill with comedian Yianni Agisilaou during the latest installment of Serious Comedy's ongoing digital performance series.

Back by popular demand

Alan is returning after proving a smash hit during his debut performance for the digital series in May.

Organisers were inundated with requests for future readings during his May performance and tonight's reading will include popular request The Highway by Alfred Noyes.

Alan started reading his favourite poems on the streets as a busker when he was out of work as an actor.

His act was such a success that he was soon touring throughout Victoria and NSW.

He has gone on to perform at festivals in the UK and in cities across Canada, garnering high praise.

Alan also specialises in the art of Japanese kamishibai storytelling, which he has performed in both Japan and Australia in Japanese and English.

A love of poetry

"I love poetry. It's like music - there's something there for everyone," Alan said.

"I try to include a bit of everything in my shows, but fail miserably - there's too much wonderful stuff out there."

Some of his many other favourite poets include Kate Llwellyn, Oodgeroo Noonuccal and Bruce Dawe.

Born from the pandemic, Serious Comedy's program of online events was one of the first to launch in isolation.

The program launched in March, when many of its performers were due to perform at the Melbourne International Comedy Festival.

Tickets are available on a pay what you can basis - ranging from $0-$30, with all ticket money going directly to the people in the production.

Alan will perform for 30 minutes from 7pm (AEST), with Yianni Agisilaou to perform from 8.30pm.

For bookings or information about future performances, click here.