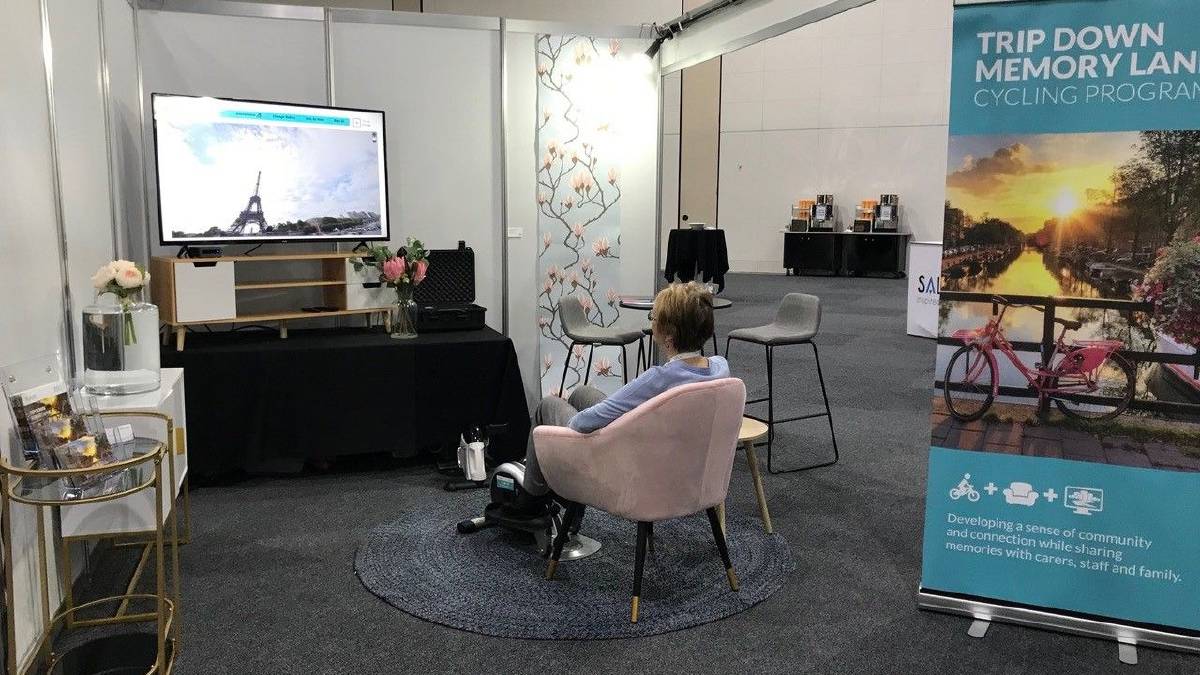 REINVENTING THE WHEEL: New virtual reality technology is allowing aged care residents to cycle through famous cities from the comfort of home.

AN innovative new program is giving seniors the chance to cycle around the world from the comfort of their aged care homes.

Trip Down Memory Lane allows residents to enjoy the freedom of cycling by connecting a basic pedaling device with virtual reality video technology.

Residents can use the device to pedal through street-scapes from around the world which hold special memories for them.

The program aims to reduce feelings of isolation, whilst providing light physical activity and mental stimulation.

It was launched by Litivity - which has over 25 years experience in the health care sector.

"The combination of light physical exercise combined with cognitive stimulation can create an improvement in the level of cognitive impairment," he said.

"We want to make a meaningful improvement to the overall physical and mental health of our elderly population."

Andrew said the program had been trialed at five Victorian aged care centres.

She had been looking for a physical activity for residents - including those experiencing memory loss, when approached to trial the technology.

"They had a great time and it created a lot of camaraderie. It became a lovely social time for them," she said.

Barbara said the program had helped a number of residents recover lost memories.

"One resident went overseas to Europe when she was younger to pursue a singing career and she'd forgotten all about some of the places she'd visited."

"A lot of our residents have done a lot of things and had some great experiences, but they have faded into the background."

"This program seems to bring a lot of it back to the fore again."

The program was developed in partnership with Dementia Australia.