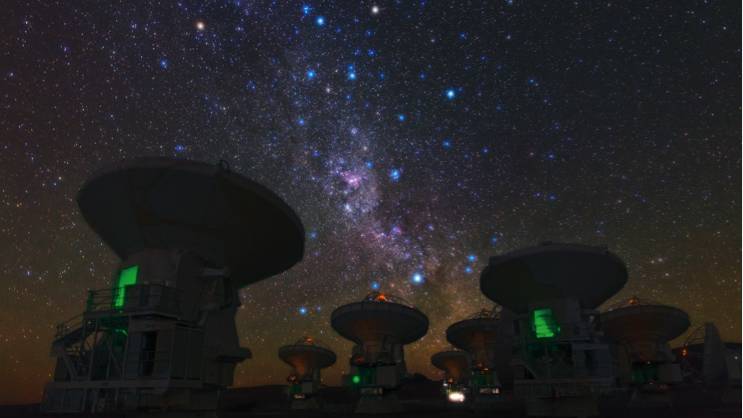 Take a virtual tour of this South American gem.

EVER wanted to say hola to Chile but haven't been able to travel to South America? Now you can visit the country from the comfort of your own lounge room.

Chile Tourism has released a list of virtual tours across the nation's tourism and cultural institutions.

From national museums and art galleries to virtual theatres and astronomy tours, people from around the world now have the ability to explore the monuments and culture of Chile without leaving the house.

The National Museum of Fine Arts is the most important visual arts museum in Chile. Its building was declared a national monument in 1976. The museum has hosted some of the most pivotal artistic exhibitions in the history of Chilean art. Travellers can take a virtual tour of its permanent collection and local exhibitions.

Numismatic Museum of the Central Bank of Chile

The Numismatic Museum of the Central Bank of Chile is an initiative to preserve the most complete public exhibition of Chilean coins and bills and spread knowledge about the Central Banks role, as well as the history of money in Chile and the world.

Located in the heart of Santiago, in the Plaza de Armas, the National Historical Museum hosts a collection of artefacts, paintings and sculptures of illustrious figures that shaped Chile as a nation. Built in the early nineteenth century, the museum houses nearly 550,000 pieces from Chile's historical collection. Through the virtual tour, travellers can visit the building and its main exhibitions and understand the history of Chile's independence.

Located under Chile's Presidential Palace, the Palacio La Moneda Cultural Centre houses artistic, cinematographic and theatrical displays and is one of the most important cultural centres in the country.

The Teatro a Mil Foundation is an institution which hosts various theatrical productions and organises the annual 'Teatro a Mil Festival' - a month-long festival of classic, modern and experimental plays, many of them free of charge. The foundation has created its own online channel, streaming a selection of renowned Chilean plays, interviews and profiles of important Chilean playwrites and actors, as well as a diverse journey through the history of Chilean theatre.Municipal Theatre

The Municipal Theatre, built in 1857, is one of the oldest theatres in Chile and one of the most beautiful buildings in the city of Santiago. The theatre is one of the only cultural spaces in Chile where classical works of opera, ballet and the symphony orchestra are held.

The theatre has created an online streaming service, Municipal Delivery, where culture-lovers can enjoy classics such as The Nutcracker, The Barber of Seville, Swan Lake and national creations such as 'El Cristo de Elqui' and 'Papelucho in the Opera.'

La Moneda Presidential Palace is the most important political building in Chile, as the place where the current president works and exercises his leadership. La Moneda Palace is not normally open to the public (with the exception of National Heritage Day), however a virtual tour of the building has been created through google street view. The tour offers travellers the chance to understand part of Chile's historical-political past.

As one of the most important astronomical countries in the world, Chile has released a variety of virtual tours of the nation's observatories and planetariums.