Mary Venner upended her life to make a difference. She tells us all about it in a terrific new book. 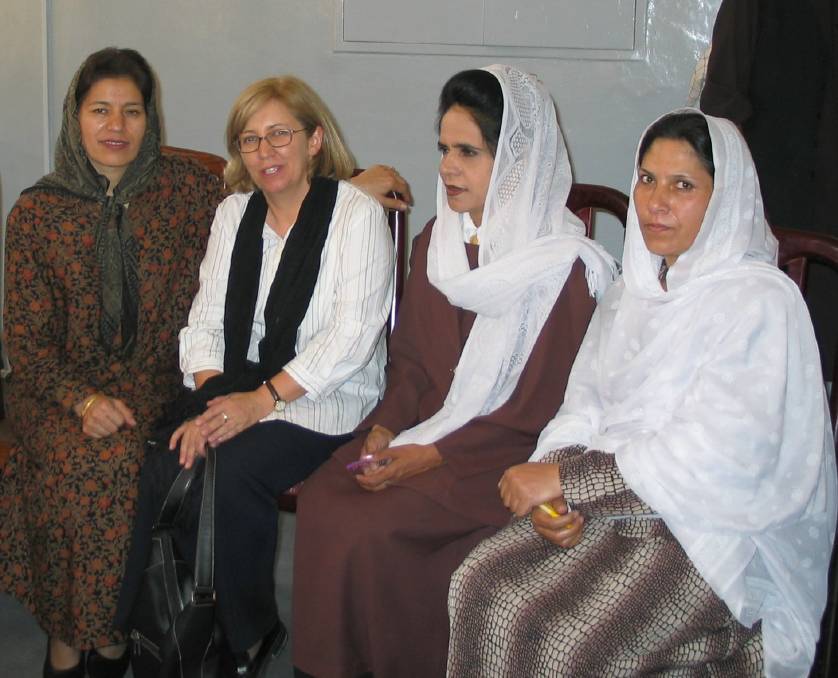 CLOSE CONNECTIONS: Mary Venner formed friendships with many of her co-workers over the years.

Leaping from a safe, secure public service job to helping rebuild some of the world's most disrupted post-conflict countries might scare the pants off some people.

In just 26 days, the senior official found herself transplanted from comfortable, predictable Canberra to the Kosovan capital of Pristina, a city still feeling the effects of the Balkan wars.

That six-week contract was the start of an almost two decade-long career that took the former policy analyst to a dozen countries including Libya, Afghanistan, Kazakhstan and the Philippines.

Those experiences are the subject of Where Are You This Time?, Mary's wise, wry and very readable new book released under the imprint Late Start Publishing.

It's an apt name: as Mary told The Senior, late starts have been the "story of my life". 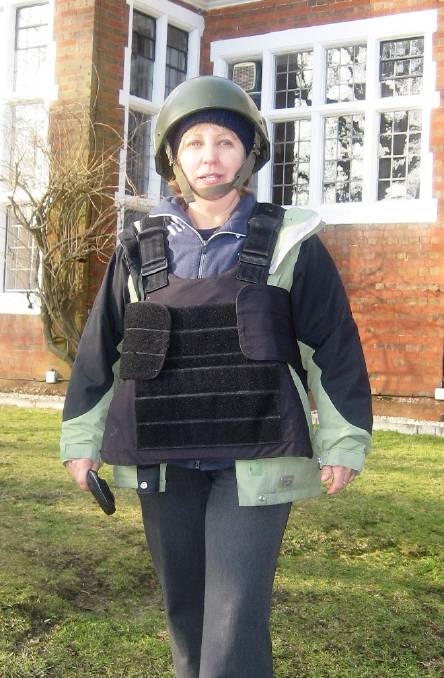 BE PREPARED: Mary all geared up during hostile environment training.

"It took me eight years to finish my first uni degree, I joined the public service in my 30s, I got married for the first time when I was 58, and I completed a PhD when I was 62. And I published a book at 67."

And the book, subtitled Making a Difference in Places from Kabul to Kiev, Kosovo to Kazakhstan and Kismayo to Qatar, is a pearler.

It kicks off in fine style with a vivid prologue describing an edgy journey through the traffic-jammed streets of Kabul in a heavily guarded, armour-plated diplomatic vehicle,

"Taxis, minibuses and pickup trucks jostle for right of way at the intersection. At the next corner, Chris flicks down his sun visor. The red diplomatic number plate is attached to the front of it, out of sight unless needed to get past police checkpoints. I expect by now the terrorists have worked out that the diplomats' cars are the big ones without number plates."

Then it's off to the Balkans and Mary's somewhat bewildering introduction to the world of foreign aid: she had been told little more than to buy a business class ticket, bring 2000 Deutschmark in small notes and meet a man known as Erol on arrival in Skopje.

And so it all began.

"When we got to the border crossing it turned out that Erol was related to, or went to to school with, lived with, lived next door to, or was best friends with almost every uniformed Macedonian on duty that afternoon. Now I knew what the supply of cash was for."

This is very much the flavour as Mary goes on to travel the world in a series of assignments over the years. She details most of them in the pages that follow. And rarely has the world of the foreign aid worker been so fascinating. Her book is a genuine page-turner.

Mary told The Senior from her Adelaide home: "When I first left Australia I started keeping a diary because everything was so interesting and exciting; I wrote everything down in great detail.

"It was such a unique experience. It really felt I had something to write about: it was history in the making in a challenging, very different environment - something most people don't get to do."

Power cuts and cold rooms, explosions in the night, wedding customs, cranky politicians, bureaucratic machinations... little escapes her beady eye. And while Mary's observations may sometimes be pointed, she is never unkind. At times you might sense an arched eyebrow, but her empathy shines through the pages.

The book also describes the lively life social life of the expats and their sometimes strange working conditions. But Mary also has a lot to add about the local people she met and made friends with along the way, especially some of the women.

Among them were two Afghan colleagues who she said were highly competent, had held responsible jobs and were more than the equal of women in the West. "But that was before the the Taliban," she said. "I still keep an eye open for them and on many of the countries I have worked in."

The book offers important and valuable insights into the way foreign aid works, revealing the ways our tax dollars are spent.

Some readers may be surprised.

"Most people look at aid as humanitarian relief - assistance for refugees, famine victims and so on," Mary said.

"In fact, that's only a small amount of it. Most aid is of the project type, which is assisting other governments to solve those problems: building infrastructure, training people and so on. (In the book) people will see what governments actually do with their aid money."

For example, Mary's foreign-aid career was spent at various agencies where she was tasked with advising politicians and officials on how to manage their country's finances.

One was a project to help improve Afghanistan's budgeting and financial processes - "all very paper-based and old-fashioned" - so money could be spent as intended.

"That was quite complex and required analysing what was going wrong and convincing people to change it. And working with people in local government and other organisations - like the World Bank and the IMF."

While Mary is scrupulously even-handed throughout the book, she is clear-eyed about the process.

"I try to be honest. Sometimes it was an utter and complete waste of time and misguided, I'm quite critical of some of that. People think they're doing the right thing but it turns out that it's just inappropriate.

"This is a perennial problem. People who work in this field are constantly debating how we can make this aid more effective but cannot come up with a definitive answer because it's just so complex."

Although she says she would love to be travelling and working in fascinating places again, Mary has put this on hold for now as she focuses of family matters closer to home.

"But I never say never," she added with a chuckle.

Mary Venner, Where Are You This Time? Making a Difference in Places from Kabul to Kiev, Kosovo to Kazakhstan and Kismayo to Qatar (Late Start Publishing). Available from Amazon.com and other online booksellers as a Kindle eBook ($5.80) or in paperback ($22.80).