The story of Flight Lieutenant Bryan Rofe and a group of Australian airmen stranded in Japanese-occupied Timor has been brought to life after 70 years by Melbourne writer Tom Trumble.

In 1942, a group of Australian airmen were stranded in Japanese-occupied Timor in the early stages of the Pacific War.

Malaria-ravaged and starving, the men were taken to the limits of human endurance as they spent 58 days evading Japanese patrols in the Timorese jungle.

Now, nearly 70 years on, his story has been brought to life in vivid detail by his grandson, Melbourne writer Tom Trumble, who has produced a six-part podcast with the Australian War Memorial called Trapped.

The podcast delves into his grandfather's remarkable story.

Through first-hand accounts and official records, it follows the experiences of the 29 airmen stranded on Timor, the men who risked their lives to rescue the group, and those sent to hunt them down. 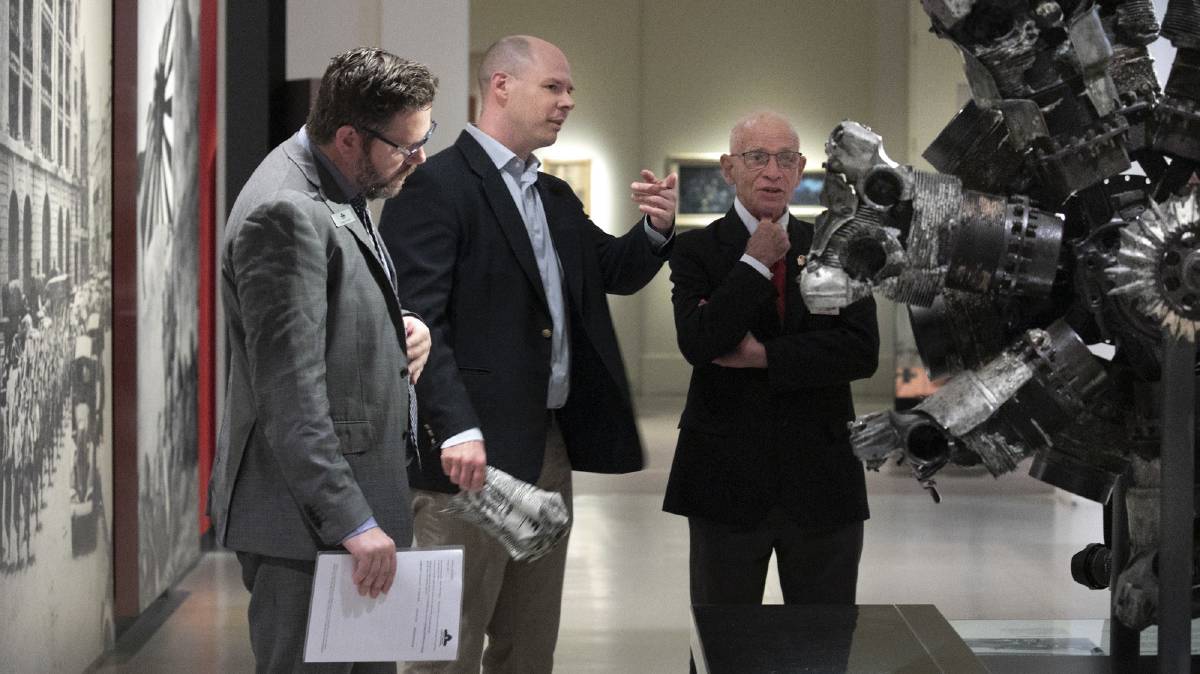 HISTORY IN THE MAKING: From left, Australian War Memorial acting head of Communications and Marketing Greg Kimball, writer Tom Trumble and volunteer guide Bill Arthur look at the Hudson engine at the launch of the Trapped podcast.

Mr Trumble never met his grandfather, who died before he was born, and first learned about his war experiences from his grandmother.

He undertook extensive research, trawling through wartime records and diaries and conducting interviews with survivors, to piece together a more detailed version of his grandfather's incredible story of survival against the odds.

"I've always been obsessed with his story and particularly his war experience," Mr Trumble said.

"It's a story of survival, courage, leadership, mateship and, at certain points, cruelty and violence, during history's bloodiest conflict.

"It's something that I keep returning to. It's just been a real labour of love."

War Memorial Assistant Director, Public Programs, Anne Bennie, said Trapped was about sharing the Australian experience of war with as wide an audience as possible.

"Using diaries of the airmen and wartime records, and through interviews with survivors, Tom Trumble has powerfully brought his grandfather's story to life for today's generations," she said.

"It is a story that is compelling whilst being intensely personal to him, and this passion for his family and its history is reflected in this powerful piece of storytelling."