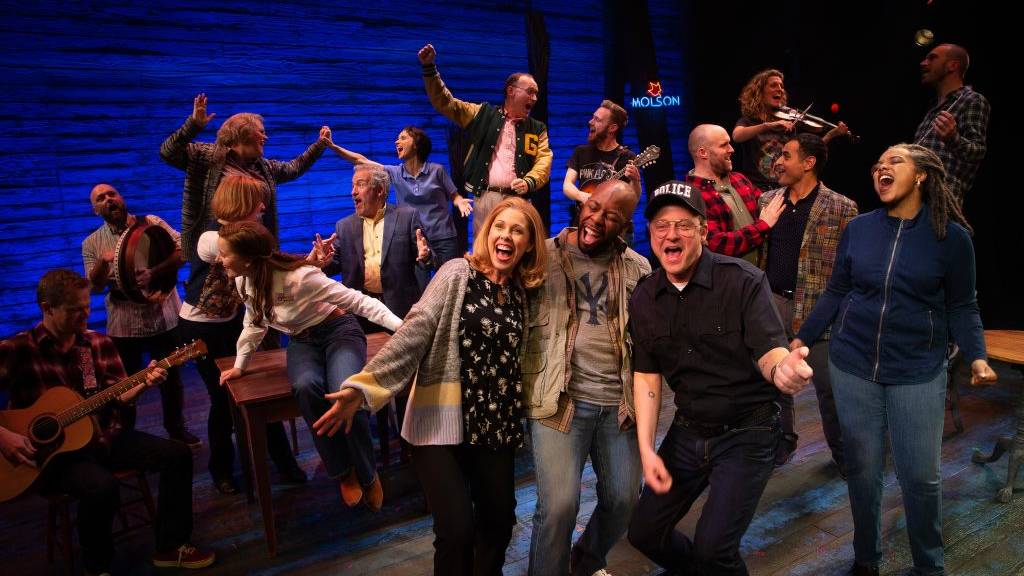 The original Australian company of Come From Away

The musical follows the real-life journey of 7000 air passengers who became grounded in Newfoundland in the wake of the September 11 tragedy.

AWARD-winning musical Come From Away will open at Sydney's State Theatre on August 8.

With productions playing to sell-out audiences around the globe, Sydney audiences will now discover the remarkable true story of a small town that welcomed the world.

Tickets for the show go on sale on Febuary 6.

Producer Rodney Rigby said, "It's been wonderful to see the huge success of Come From Away in Melbourne, and how Australian audiences continue to resonate with this enduring story of kindness and humanity.

"We are delighted to bring this special production to Sydney's State Theatre in August."

The Australian Company, which has taken Melbourne by storm since opening in July, marks the fifth production of the musical worldwide, joining long-running current seasons on Broadway, in Toronto, the West End and the US National Tour.

Come From Away follows the incredible real-life journey of 7000 air passengers who became grounded in Gander, Newfoundland in Canada in the wake of the September 11 tragedy.

The small community that invited the 'come from aways' into their lives provided hope and humanity to those in need.

Award-winning husband and wife authors David Hein and Irene Sankoff (book, music and lyrics), travelled to Newfoundland and interviewed thousands of locals, listening to and compiling their stories to share them with the world.

Australian audiences have furthered its record-breaking status, earning the title of most successful musical ever staged in the Melbourne Comedy Theatre's 91-year history, and the audience-voted Ticketmaster's 'Ticket of the Year' award for 2019.

With book, music and lyrics by David Hein and Irene Sankoff, Come From Away is directed by Christopher Ashley (Diana, Memphis).