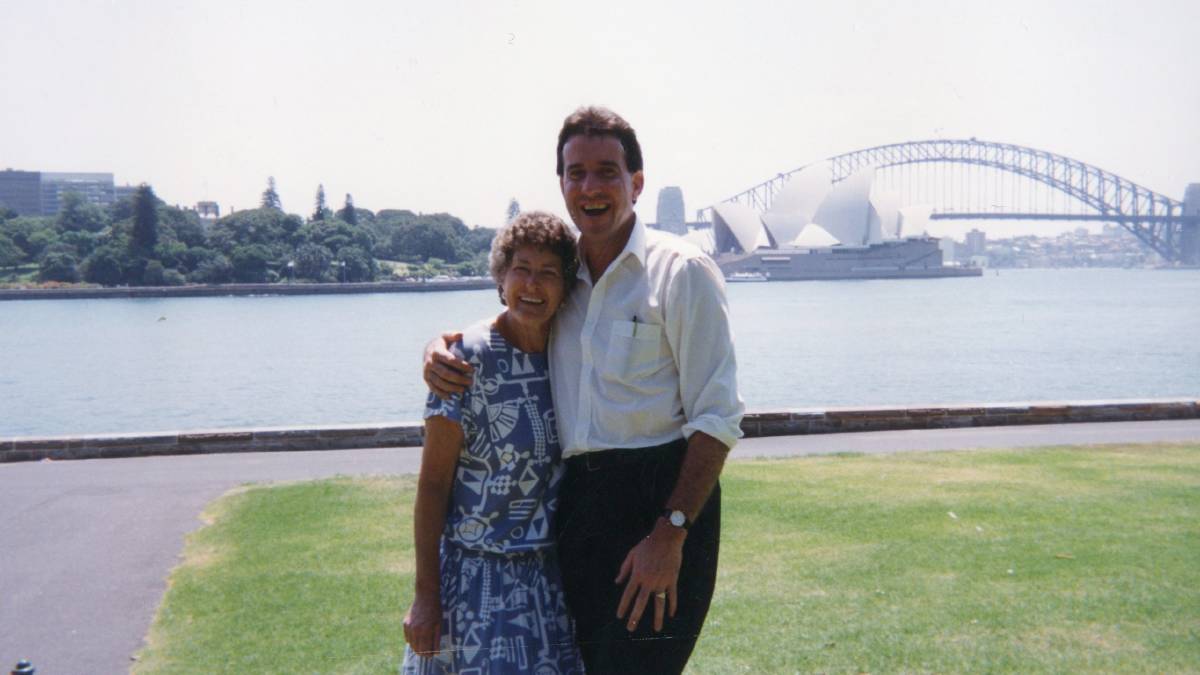 FULL HEARTS: Robert Tickner and his birth mother Maida during their first meeting in 1993.

The 41-year-old former Keating minister met his birth mother for the first time at the Opera House steps.

AS a former minister in the Hawke and Keating governments, Robert Tickner has many stories to tell, but the little known story of his reconnection with his birth parents may well be the most fascinating of them all.

The former Labor Aboriginal and Torres Straight Islander affairs minister tells the story of how he met his birth mother Maida and father Len after more than 40 years in his latest book Ten Doors Down.

It is an epic, emotionally challenging, but ultimately heartwarming story about the power of familial bonds, love and life's strange coincidences.

Robert said he had no desire to meet his birth parents in the first four decades of his life, mainly due to a happy childhood upbringing and fierce loyalty to his adoptive parents Bert and Gwen.

"I grew up in Forster and had an idyllic childhood growing up with a Mum and Dad who showered me with love," he said.

"I was very loyal to my Mum and Dad and when they changed the law to allow people to find their original birth certificate, I lodged a contact veto."

He went on to study law, was elected to Sydney Council at the age of 25 and to parliament when he was 32, before taking on the ministerial portfolio at 38.

It wasn't until his father Bert died, his mother Gwen started to suffer from dementia and his son Jack was born that he became curious about meeting his birth parents. 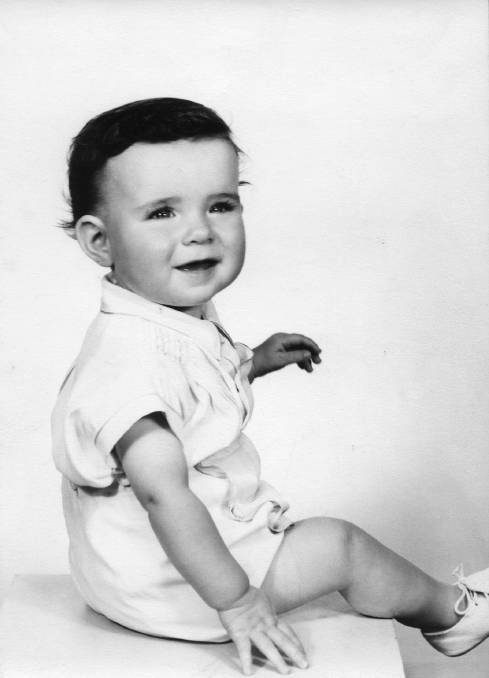 IT'S A SMALL WORLD: Robert's mother Gwen's favourite baby photo of him would also become Maida's.

"My link to him (Jack) caused the floodgates of emotion and interest in finding out about my (biological) family to open," he said.

Due to his upbringing, Robert went into the process of reconnecting with his parents with a real sense of optimism and excitement.

But the reunion was much more difficult for Maida, who had been tormented by more than 40 years of guilt which had an immeasurable impact on her life - she was never able to have children of her own.

"When I became aware of how shattered and traumatic her life had been, I became very focused on doing whatever I could to repair that damage by bringing her into the family," he said.

While the guilt was strong, she had always left herself open to the possibility of contact from her son and after the exchange of a number of letters, agreed to a meeting in 1993.

After a tearful reunion on the steps of the Sydney Opera House, Maida would go on to be a big part of Robert's family until her death over 20 years later.

Around 18 months later, he was able to meet Len on Sydney's Pyrmont Bridge.

"I probably felt a more innate connection with him than I ever had with anyone else in my life," he said.

His meeting with his father would also lead to his introduction to his two brothers and two sisters and their families.

Robert said his political career had produced some incredible highlights, including presenting legislation to begin the reconciliation process, which was unanimously supported by parliament and launching investigations into the stolen generation.

Of his famous colleagues, he described Paul Keating as "a very driven figure" and Bob Hawke as "a very compassionate person".

"When my adopted father died, Bob Hawke put his arm around me and reached out at a time I was very distressed. I'll never forget that."

Following the end of his political career in 1996, Robert served as chief executive of the Australian Red Cross from 2005-2015.

He remains actively involved in a number of organisations including age discrimination organisation Every Age Counts, the International Red Cross and Red Crescent movement, humanitarian aid organisation the CHS Alliance and the Justice Reform Initiative.

Read more: Many fathers suffer silently after adoption of children