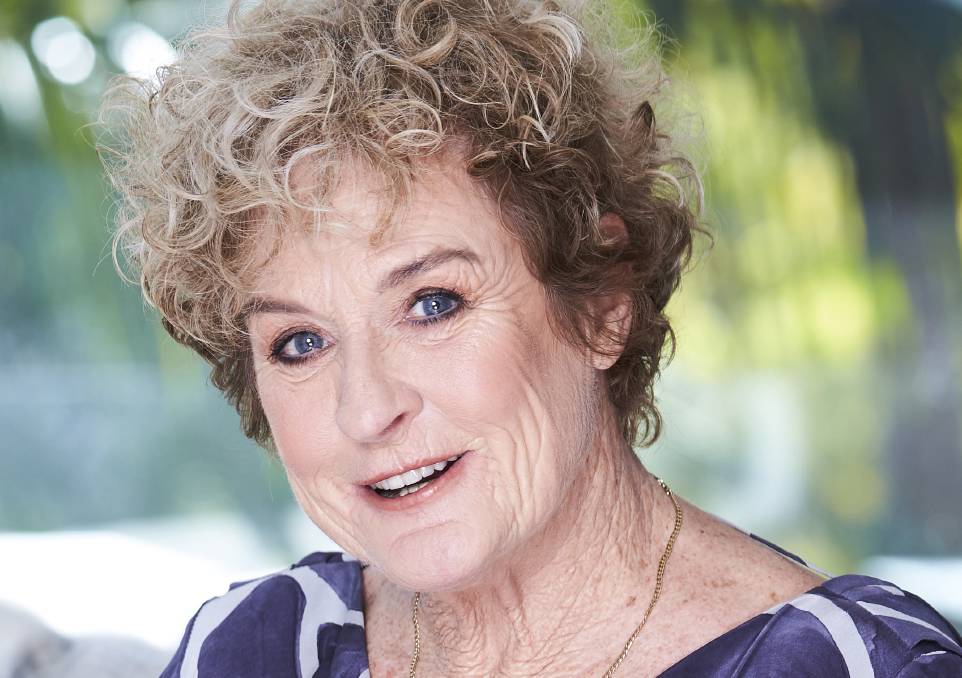 Lying fallow, but not for long. Best-selling author Judy Nunn is fermenting ideas for her next blockbuster book. Photo: David Hahn bauersyndication.com.au

'You can't turn back the clock': Why the much-loved Australian author, actor and scriptwriter is pragmatic about getting older.

JUDY Nunn answers the phone with a cheery hello in a voice guaranteed to be instantly recognisable to many of our readers, particularly the Australian TV soap fans of the '70s, '80s and 90s.

She did, of course, play the role of a scheming bisexual reporter in The Box and, after spells in The Prisoner and Sons and Daughters, went on to play the character Ailsa Stewart in Home and Away from 1988 - 2000.

Now at 74 Judy is one of Australia's most widely-read and much-loved authors with a swag of books to her name including her latest Khaki Town which was published in October and for which she recently finished a promo tour.

The book, set in Townsville, is described as an exciting new novel inspired by a true wartime story that has remained a well-kept secret for over seventy years....until now.

Judy is having a bit of time off writing while some new ideas ferment in her very fertile mind.

"I'm lying fallow at the moment," she says with a laugh. "I bring out a book every two years so it's not like I'm just pumping them out, but I'm dissatisfied if I'm not writing. I love to express myself with the written word."

Judy laughs again when I ask where she gets her inspiration. "I've got a beaut. little chemist round the corner who sells bottles... No seriously, you can't pinpoint it. It can be the tiniest little thing or the most cataclysmic happening in your life or the life of someone else. I have to keep an open mind as I see or read things or hear something on the news.

"I used to have so many ideas teeming around in my mind that choosing used to be an eenie meenie miney mo situation. Now, not so much, because I've covered a fair few yarns. These days I have to really seek things out."

Retirement is nowhere on the horizon but Judy is very pragmatic about ageing.

"I'm not finding ageing daunting," she says. "There's no point really because you can't turn back the clock, so I have a laugh and get on with things. There's a lot of good things one can say about ageing. There's a lot less pressure. I have a very positive attitude about it."

"I'm fortunate, I suppose, my whole life has been spent being creative, as an actor, script writer and writer of novels, so it hasn't relied hugely on physical fitness. You look at footballers, professional sports people or ballet dancers there's an obvious cut-off point where their bodies can't progress any further. But you can look after the mind - and the mind needs to be exercised like any other part of the body."

Judy is keen to promote that creativity is not just for professionals.

"I'm not finding ageing daunting. There's no point really because you can't turn back the clock, so I have a laugh and get on with things. There's a lot of good things one can say about ageing. There's a lot less pressure. I have a very positive attitude about it." - Judy Nunn

"The creative fields are open to everybody, not necessarily professionally and I hasten to add it's a very risky way to make a living but it's a nice way for retirees to exercise their minds."

Since finishing her latest book tour Judy has taken the opportunity to catch up on personal reading. "I love reading and devoting myself to a book. I don't read other people's fiction when I'm writing, you can only live in so many worlds.

"If I ever was to retire and stop writing I would just read voraciously. I wouldn't get my head out of a book except perhaps to watch some good historical stuff or a good movie on the tele."

When not travelling for research or pleasure, Judy and partner actor and writer Bruce Venables, share their time between Sydney and their home on the beautiful NSW Central Coast.

Being a Coastie Judy loves all things to do with the water. "I love water sports of all kinds. I love swimming and body surfing. I try to keep myself active," she says.

"We recently sold our boat, it wasn't a case of age but we weren't using it much and I hate to see boats moored in the water not being used. She was a beaut. old river boat, nothing glamorous but we used to chug around Brisbane Water and up the Hawkesbury."

She places the success of her books down to creating a good yarn with a mixture of fact and fiction.

"I write the kind of books that I like to read. My books are without a doubt fiction but the characters are living through real historical times with real historical people brought into play."

Catch up with Judy at the NSW Seniors Festival Expo

Fans will be able to catch up with Judy at the NSW Seniors Festival Expo in the International Convention Centre, Sydney next month.

Judy is the keynote speaker on Thursday, February 13 at 4.55pm and the audience should be prepared for some "kiss and tell".

"I'll be talking about my views on growing older and how I've changed careers, Anythings possible. But I'll be telling some risque stories about what I've been getting up to." she says.